A case is underway after the body of an Indian wife was found inside a fridge. Her husband soon left and is still missing.

"The neighbours are deeply shocked and horrified"

After an Indian wife was found dead inside a fridge, her husband abruptly left their home in the Netherlands and has not been seen since, according to an exclusive story reported by mid-day.

Sharmila Shinde’s decomposed body was allegedly discovered in the refrigerator of her flat in The Hague on May 18, 2019, weeks after she moved there with her children to join her husband Avdhut Shinde.

The cause of death is not known but it has shocked her friends in India.

They had been living in a rented apartment in the Netherlands. However, things went dramatically awry in April 2019.

When the children asked Avdhut about their mother’s whereabouts, he said that they will meet her in India.

They believed him and they boarded a flight to Mumbai. He told his father Madhukar that they are in Mumbai.

Avdhut went to his father’s house, dropped off the children and luggage and left for an undisclosed location.

On May 21, 2019, Madhukar filed a missing person’s complaint regarding his son who never returned to the house. Avdhut’s disappearance has made him the prime suspect in Sharmila’s murder.

News of her Death 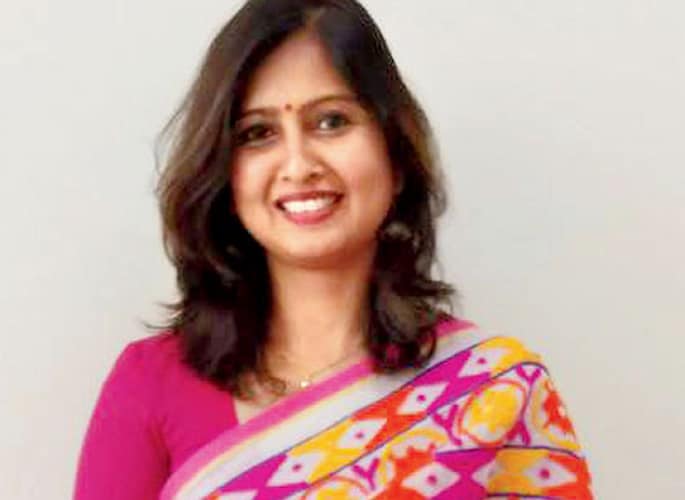 While Sharmila’s body was found in May 2019, it is believed that she may have been murdered in April as her body was in a decomposed state.

The news of her death shocked her friends and family in India and the Netherlands. Her mother Shushila’s health deteriorated. Her father had passed away 15 years ago.

Her family contacted the embassy in the Netherlands and after mutual coordination, Sharmila’s body was brought to Mumbai and handed over to her family.

Sharmila’s funeral was conducted in the suburb of Vikhroli.

The victim’s brother said that the Dutch police informed them that she was murdered and her body was found in a highly decomposed condition at her flat.

Sharmila’s sister-in-law Harini Shetty claimed that there were a few injury marks on her body.

Anita Gehasse, a detective at The Hague, told mid-day: “The neighbours are deeply shocked and horrified following the mysterious death.

“They have placed bouquets at the entrance to the house where Sharmila lived with her husband and children.”

When asked about the alleged injury marks on her body, Gehasse said:

“It is part of our investigation and at this stage, we cannot reveal anything that could hamper it. The mystery will be unravelled only after her husband is traced and interrogated.” 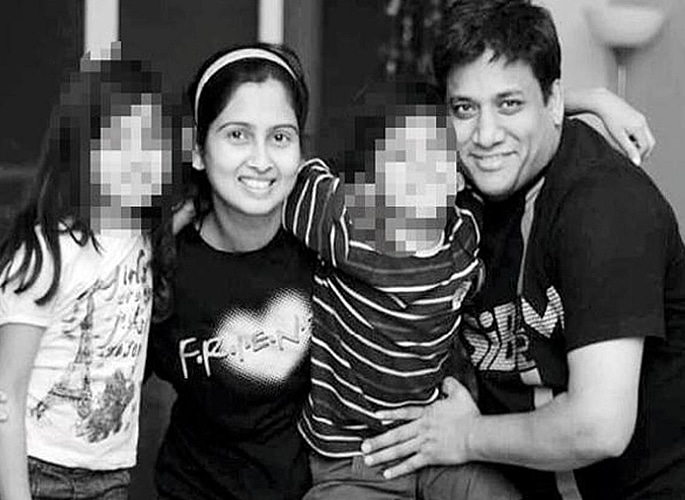 Avdhut worked for a leading shipping company as a shipping executive. He had been married to Sharmila since 2005. They met and fell in love while working for Maersk in Powai.

However, since Avdhut absconded following the strange death of his Indian wife, details about their troubled marriage have surfaced.

The Indian wife planned on divorcing Avdhut because of his suspicious, possessive and abusive behaviour.

She had also filed a complaint against him on January 31, 2019, a month after he left her with bruises during a heated argument.

According to one of Sharmila’s former colleagues, Avdhut was suspicious of her since the beginning of their relationship. The colleague told mid-day:

“Avdhut and Sharmila started dating in 2005. One day, Avdhut saw her with a common friend and got angry.

“He told Sharmila that if she really loves him, she has to marry him. Hence, she tied the knot with him in court on December 31, 2005.

“She never cheated on him, but he had been spying on her even before they got married.”

Another person claimed Avdhut was insecure about Sharmila.

“He had the passwords to her Facebook and email. He had also logged into her WhatsApp to spy on the messages she would exchange.

“He also had heated arguments over financial expenditures with her. Avdhut’s core intention was to drain Sharmila’s bank account and make her completely dependent on him.”

Sharmila eventually started to have enough of his behaviour. One person alleged:

“After learning that despite her honesty towards him, he had continued to spy on her, Sharmila once told him that she will divorce him if he does not start trusting her.

“Upon hearing this, Avdhut flew down to Mumbai from Amsterdam and met her. Avdhut allegedly continued to spy on Sharmila even after his return to the Netherlands.

“After reaching the Netherlands, he had been planning to call her and kids to live with him.

“She was never ready to leave from Pune, but she had to because she wanted to improve her marriage.”

Sharmila was hesitant to move to the Netherlands as she feared her husband would harm her. Her friends said she made him sign an affidavit declaring he won’t harm her.

Sharmila and her children ended up moving there. She was allegedly found dead inside the refrigerator. 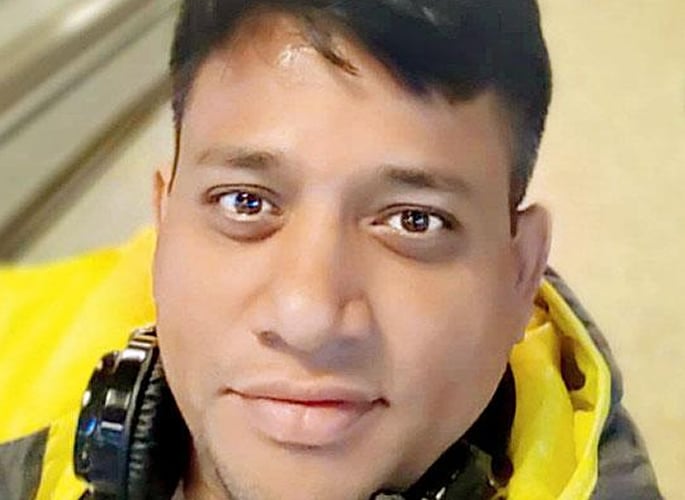 As Avdhut has absconded, he has been named as the prime suspect in Sharmila’s murder.

Friends have claimed that Avdhut used his wife’s phone to message them in an attempt to pretend she was still alive.

One friend pointed out that Sharmila regularly messaged her and the lack of messages was suspicious.

A message from Sharmila’s phone read: “Babe, was busy in kids cycling, just got up.”

“Also given the time difference between Indian and the Netherlands, how can one go for cycling around 3:30 am?”

The appearance of the messages indicated to the friend that it was not Sharmila. 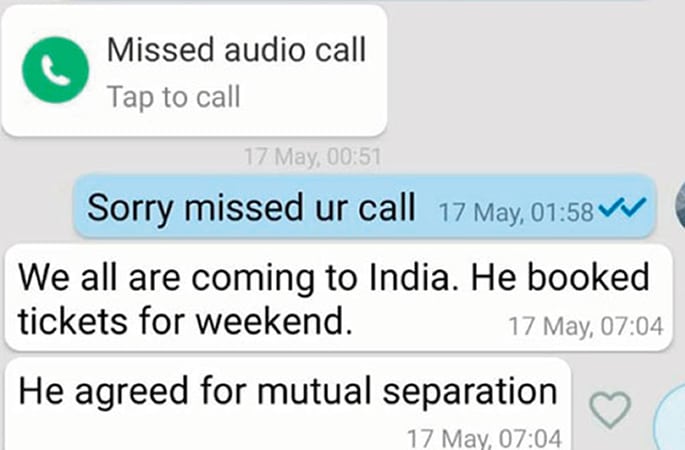 The concerned friend asked another friend in the Netherlands to check on the Indian wife, however, no one was at the flat.

He then went to Avdhut’s office where he was told that he had not been at work since May 17, 2019.

A missing person’s complaint was filed and a Dutch police team went to the flat and found the victim’s body.

Sharmila’s friend said that the chances are very high that “after killing Sharmila, Avdhut might have planned to dispose of her body after dropping the children in Mumbai”.

Dindoshi Police Station said that Avdhut had his wife’s phone and laptop while in Mumbai. They were kept at his father’s house.

An officer said: “He could be chatting with Sharmila’s friends using her phone.” 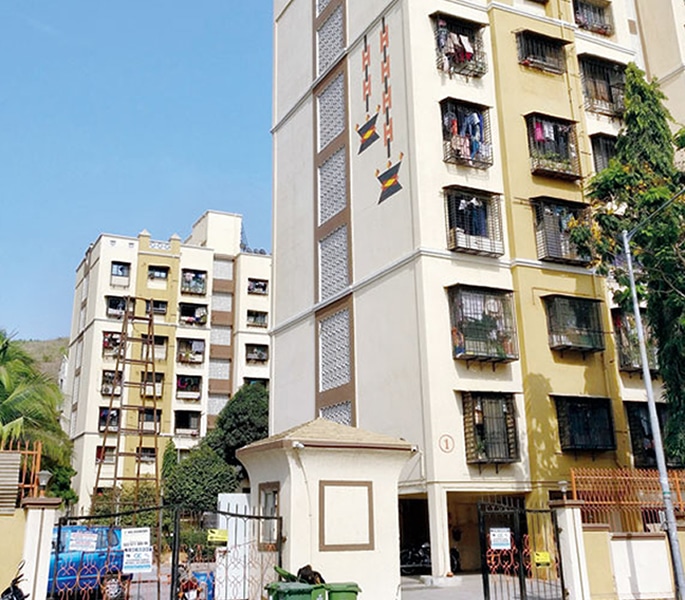 They alerted all international airports in the country about Avdhut. A cyber team are also keeping an eye on his bank transactions to track his movements.

In Mumbai, the police are checking all possible locations Avdhut could visit. They have monitored ticket counters at bus depots, railways and airports.

The Mumbai Police are inquiring whether the suspect booked a return ticket to Amsterdam.

An officer told mid-day: “We are checking with different airlines to ascertain if Avdhut had booked a return ticket to Amsterdam after May 18 when he reached Mumbai along with his two kids.”

According to the report, after dropping his children off, Avdhut went to a temple. He then allegedly went to several other temples while making calls from different numbers.

Prior to her death, the Indian wife found out that her husband was in contact with his ex-girlfriend in Mumbai.

While it is believed that Avdhut has been travelling from place to place, his location was tracked to Konkan in Maharashtra.

Avdhut Shinde has been missing for more than a month despite efforts by the Indian and Dutch police to find him.

Even though it is not known if he killed her, their troubled marriage and the fact that he has absconded has established him as a prime suspect in the murder case.

Once he has been found, police will question him about the murder of Sharmila Shinde.