An Indian housekeeper allegedly became so angry with his employer that he kidnapped him. He carried out the abduction with the help of a fridge.

They then emptied the fridge and placed Mr Khosla's body into it.

An Indian housekeeper is suspected of kidnapping his 91-year-old employer from his home in South Delhi’s Greater Kailash area.

According to the police, the suspect allegedly abducted his employer by carrying him out in a fridge.

The housekeeper conspired with five accomplices to carry out a burglary before leaving with the elderly man.

The man was identified as Krishna Khosla. He lived with his wife in Greater Kailash II, which is considered to be one of the affluent areas in South Delhi. Their housekeeper Kishan also lived with them.

During the evening of Saturday, August 31, 2019, a mini truck stopped in front of the house. Six men, including Kishan, got out of the vehicle and entered Mr Khosla’s house.

Mr Khosla and his wife were knocked unconscious before the group took the couple’s valuables.

They then emptied the fridge and placed Mr Khosla’s body into it. The men then took the fridge outside, placed it in the truck and fled the scene.

CCTV footage showed the men sitting in the truck with the fridge next to them.

The incident came to light when Mrs Khosla woke up the next day and discovered that her husband was missing. She informed the police.

After officers arrived at the house and conducted a preliminary investigation, they identified Kishan as the prime suspect. 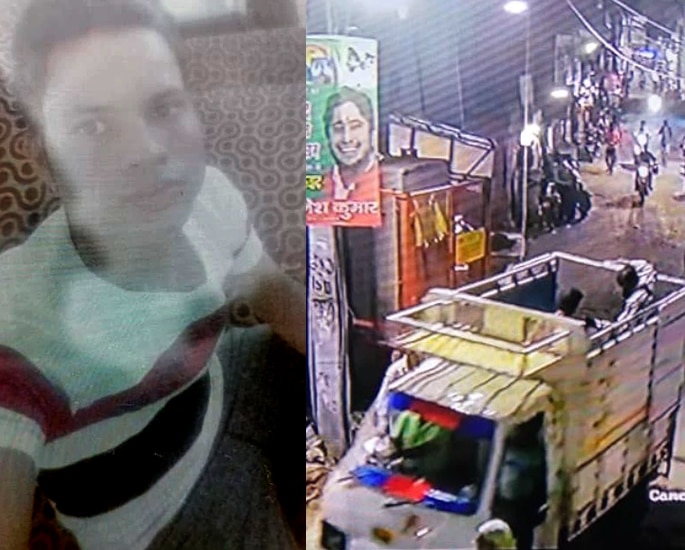 They believe the Indian housekeeper helped put the elderly man into the fridge. But they said it is a possibility, officers have not confirmed if Mr Khosla was placed into the fridge prior to being abducted.

Kishan, who is originally from Bihar, had been working as a domestic assistant for the couple for a year and was allegedly unhappy at the way the couple treated him.

Officers also said that money was taken from the residence.

A security guard at the house named Shamim said he was on his way home at the time of the incident. He said that he saw a mini truck near the property.

The neighbours came to know about the incident and it has left them shocked.

Shyam Kalra, one resident, said: “Thefts have increased in the area but this is the first time that I have heard about something like this.”

A case has been registered and several police teams have been formed to locate the suspects.

According to India Today, officers had not located where Mr Khosla was being kept but ANI subsequently reported that the victim was murdered by four people.

They buried him in an abandoned plot in Tigri and a police investigation is underway.

Dhiren is a journalism graduate with a passion for gaming, watching films and sports. He also enjoys cooking from time to time. His motto is to “Live life one day at a time.”
Indian Relatives Beat Lover who Ran Away with Girl
Drug Dealer Drove BMW into Policewoman to Getaway