Who is The Apprentice Finalist Harpreet Kaur’s Sister?

The interview stage of ‘The Apprentice’ caused controversy as Harpreet’s sister came into the conversation. But who is she?

Yorkshire’s Harpreet Kaur made it to the final of The Apprentice, but it was not without controversy.

The interview stage is arguably the most anticipated episode as it sees the candidates grilled by Lord Sugar’s trusted advisors.

And the episode on March 17, 2022, did not disappoint as it saw Brittany Carter told that her idea was not a good one while Stephanie Affleck’s designer childrenswear idea was deemed too small a market.

It was Kathryn Louise Burn and Harpreet Kaur into the final.

However, one talking point was Harpreet’s sister as it was revealed that she co-owns Barni’s dessert parlour.

But who is she? We find out more.

Who is Harpreet’s Sister? 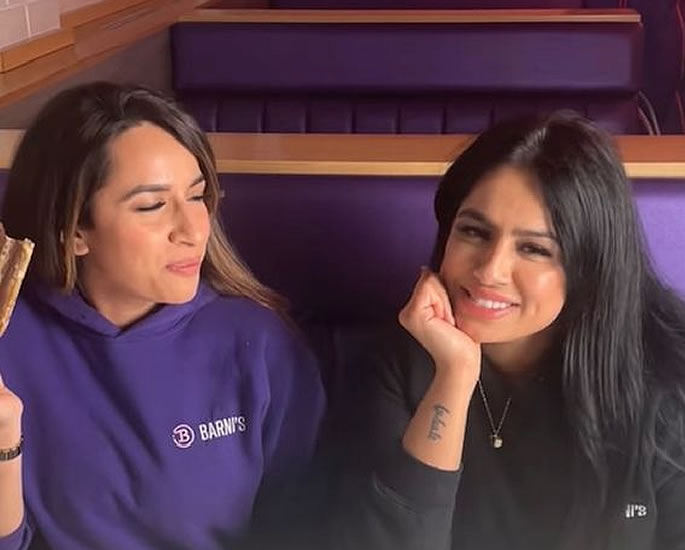 Harpreet’s sister Gurvinder Kaur is the co-owner of Barni’s in Huddersfield.

The sisters founded their company in 2018.

When the business first kicked off, Harpreet said on behalf of her family:

“We’re from this town and we wanted to open a family-friendly place where people can come, sit and enjoy with friends.

“Or people can drop in and pick up a milkshake or crepe to go – there isn’t anything like it in Huddersfield.

“Family is at the heart of it – we have high chairs, parking spaces and we’re near the town centre.

“We have a children’s menu designed for the under 6s and we’ll be doing children’s birthday parties too.”

“On an evening it will have a cool and trendy vibe.

“Not everyone who goes out wants to be in a pub so it’ll be a place to socialise and chill with friends.”

She and Harpreet appear to have a close bond, with the pair uploading pictures together on social media.

Why has Gurvinder Attracted a lot of Attention? 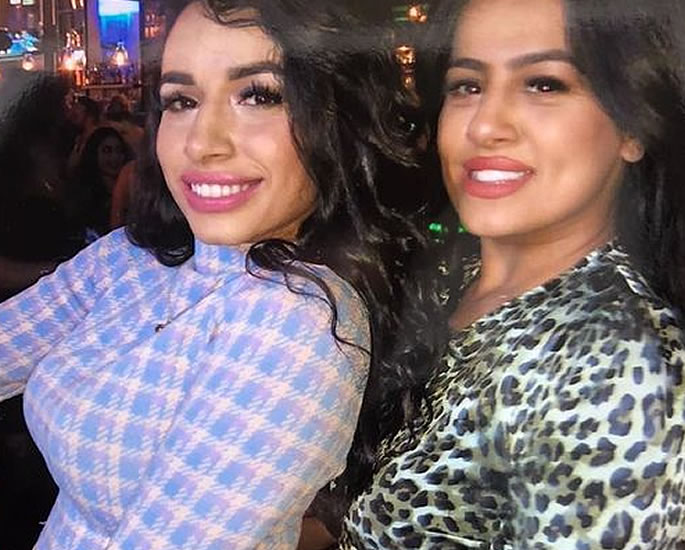 During the interviews, it was revealed that Gurvinder actually owns half of the dessert parlour business that Harpreet is pitching to Lord Sugar for investment.

Claude Littner returned to the show and pulled Harpreet up on the issue with her business.

He told Harpreet: “I’m concerned about some of the things you’ve written here.

“I’m going to start off with your CV. ‘I am the owner and founder of my own business etc etc, I’ve done this, I’ve done that, I’ve done absolutely everything.”

“Whereas that’s not at all true because you’ve got a 50/50 partnership with your sister. So the thing that you’ve put forward is a lie.”

This landed Harpreet in a spot of bother as the issue was brought up in the boardroom, with Gurvinder described as “the elephant in the room” by Lord Sugar’s aide Karren Brady.

Lord Sugar even wondered whether it was actually Gurvinder who built up Barni’s and not Harpreet.

Determined to do whatever it takes to make it to the final, Harpreet said she was prepared to ditch Gurvinder’s stake in the business, saying:

“My sister won’t be a problem.”

Lord Sugar asked: “What are you going to do, chuck her out?”

Lord Sugar continued: “How can you just tell somebody that you no longer own 50% of a business that I’m investing in that is going to be worth 20, 30 50 times more in five years’ time?”

“I’ve already had that conversation with her on a personal level, she’s my sister.”

This left Lord Sugar in a predicament as he did not want to be involved in such matters, with Harpreet on the verge of being fired.

But he sent Harpreet through as he believed her business has ample opportunity to grow. 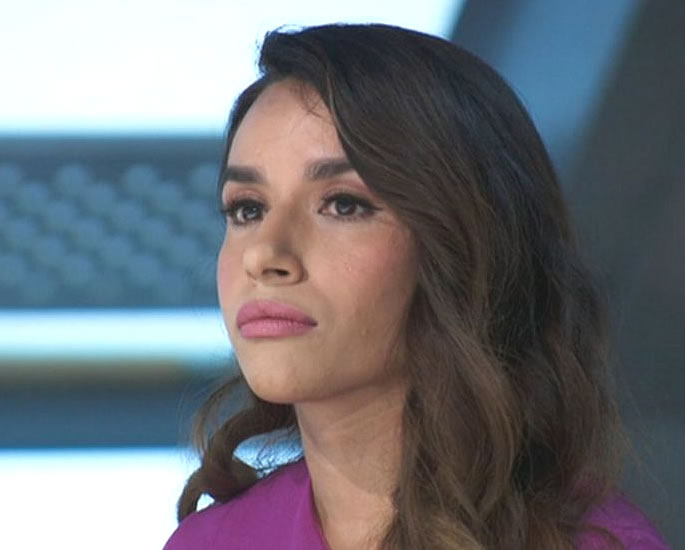 Despite making it to the final, Harpreet came under fire from viewers after she said she would ditch her sister’s stake in the business.

Many felt sorry for Gurvinder and took to social media to react.

One said: “Did Harpreet just kick her sister out of her own business?”

Another wrote: “Imagine being Harpreet’s sister watching The Apprentice at home.

“You just found out you’ve been cut out of your own business and now Karren’s calling you ‘that elephant in the room’.”

Some criticised Harpreet while others posted memes of the situation.

One person said: “Harpreet just getting rid of her sister.”

Posting a picture of Harpreet, another person said:

One netizen said: “Harpreet going home to ‘fire’ her sister.”

Another person said: “Feel so sorry for Harpreet’s sister.”

Real winner of #theapprentice is Harpreets Sister who managed to potentially win the apprentice without actually going on it pic.twitter.com/a4YkKpDTTQ

One asked: “Harpreet fired her sister in 3 seconds flat. Wonder if her sister is just finding out?”

A comment read: “Harpreet kicking her sister out of the business.”

Although Harpreet said she would be ready to ditch her sister’s 50% stake, Gurvinder’s social media profile indicates that she remains very much a part of Barni’s with Harpreet.

Harpreet even posted a social media video, praising her sister.

“Guv works hard to make sure customers have the best experience when they visit our parlour as well as making sure that our fantastic team are always happy.

“Co-founder, best friend and sister wrapped up in one, she really is a star. We couldn’t do it without her.”

Harpreet’s dessert parlour will go up against Kathryn’s pyjama firm in the final of The Apprentice, which will air on March 24, 2022.

Dhiren is a journalism graduate with a passion for gaming, watching films and sports. He also enjoys cooking from time to time. His motto is to “Live life one day at a time.”
Karisma Kapoor forced to Sleep with Sunjay Kapur’s Friends
Priyanka Chopra & Nick Jonas share Holi Celebrations