Inside Harpreet Kaur’s Life away from The Apprentice

Harpreet Kaur is set to face the interviews on The Apprentice but she admitted that she was very different away from what we see on-screen.

Harpreet Kaur is one step away from the final of The Apprentice and viewers will see her interviewed about her business plan on March 17, 2022.

The businesswoman from Yorkshire owns a dessert parlour and on the show, she has the joint-best record in terms of winning tasks.

Harpreet is one of the favourites to win the entire show, with her odds placed at 3/1.

She has become a favourite among viewers due to her no-nonsense attitude, but Harpreet admitted that she was very different from what viewers see on-screen.

Harpreet grew up in Birmingham as part of a “loud” Punjabi family who all had extrovert personalities, but she was the complete opposite.

The 30-year-old revealed she was very shy compared to her brother, sister and parents.

When she was 11, she moved to Yorkshire with her family. Harpreet admitted that the move was a shock to her life.

She said: “I was happy being in a corner by myself.

“I didn’t feel the need to be a big character because there were so many around me.

“I had the shock of my life when I moved up from Birmingham. I completely felt out of my zone.

“Everything was new to me and because I was so shy at the time I found it really difficult. Having to work in the shop behind the till speaking to lots of different people probably did me the world of good.

“I don’t think you could say I’m shy now. I’ve obviously come out of my shell.”

Her mother Jasbir said: “Punjabi families are normally very loud and our Punjabi family is loud whereas Harpreet was very quiet and we would find her in a room by herself, or even under the staircase, reading a book.”

Her sister Gurvinder said: “You never knew she was there, she was very quiet, very chilled out.”

Harpreet helped out in her family’s corner shop before getting a job at a high street bank when she was 18. 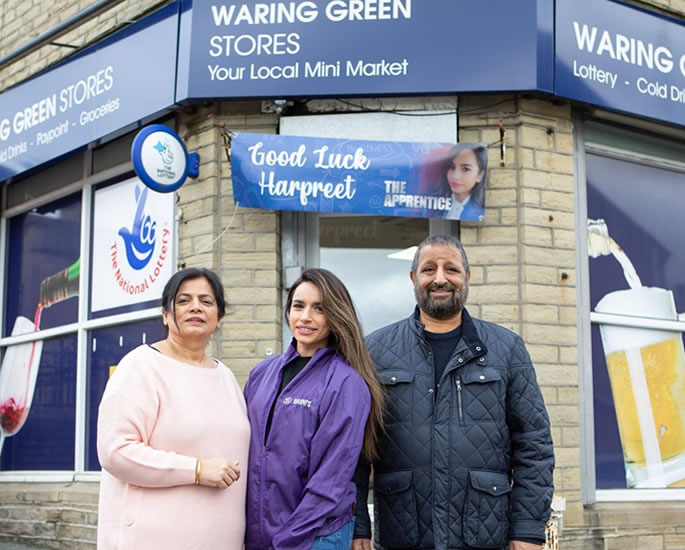 She worked full-time while also working to get a first-class degree in her Open University course.

She continued: “I was working so hard for someone else and I knew I had the talent and skill to do it myself.”

The once-shy Harpreet now describes herself as a born leader, stating:

“I’m definitely not shy anymore and I’ve come out of my shell.

“I was born to take control and I’m always right.”

“Sometimes Harpreet is a bit of a bossy boots but someone has to take control and I really like her.”

In what is usually the most-anticipated episode, the four candidates will be put through their paces as they are grilled by several of Lord Sugar’s aides about their business plans and why they should get Lord Sugar’s £250,000 investment.

Two will go on to present their business plans in the final.

While sharing her pride in being in the final four, Harpreet Kaur explained that she always felt like an equal among her male counterparts, adding that any animosity is left in the boardroom.

“I just think we all got on really well as a group when we were on task, we were focused on just winning as a team.”

“I’ve never felt like there were mind games and this mentality of the other candidates being my competitor – we all just acted with real professionalism and if things had to be brought up in the boardroom, then they weren’t said maliciously.

“Obviously, it’s difficult because when you’re sat there you want to be shouting about your own highlights which I found difficult – and so many times I’d just want to celebrate the other candidate’s achievements.

“It’s just about finding that balance.

“But, when it came to leaving the boardroom, that’s it, you let it go and you move on.

“Yes, I’ve got far in the process because of my own abilities, but I honestly believe it’s also down to good teamwork, collaboration and the people who I had around me.

“Teamwork really does mean everything to me.” 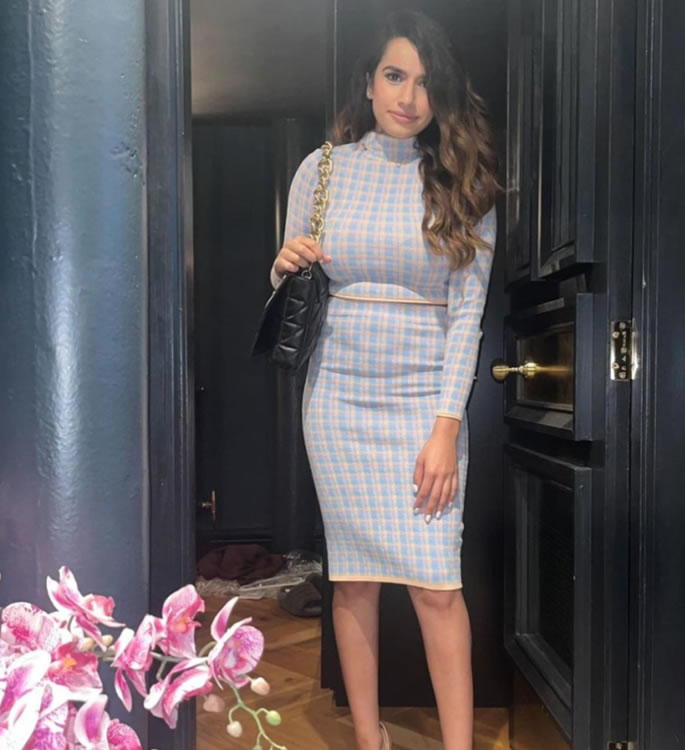 Speaking about the perception of women in business being different to the reality, Harpreet said:

“It’s a difficult question to answer, really because I know there are a lot of different perceptions out there.

“I genuinely could not care less about someone’s gender, it’s irrelevant in my eyes, it’s just about an individual and their ability.

“That said, I do find that if a woman is in charge and has a certain style of leadership, she can be accused of being bossy – I know I have a couple of times myself from being on the show.

“I’m leading my team and if I’ve got a vision which I believe in then of course I’m going to try and get everyone on board to achieve the end goal. You don’t hear men being called bossy…”

Dhiren is a journalism graduate with a passion for gaming, watching films and sports. He also enjoys cooking from time to time. His motto is to “Live life one day at a time.”
How does Ranveer Singh spend time with Deepika’s Family?
Deepika Padukone stuns as Bikini Pics from Pathaan Leak