What’s Next for Harpreet Kaur after Winning The Apprentice?

Harpreet Kaur won The Apprentice and walked away with Lord Sugar’s £250,000 investment, but what’s next for the businesswoman?

After 12 weeks, Yorkshire’s Harpreet Kaur was announced as the winner of The Apprentice.

The final saw contestants from the 16th series return to help the two finalists launch their businesses.

Kathryn created matching pyjamas for the family while Harpreet looked to scale up her dessert parlour business.

Lord Sugar eventually chose Harpreet as his business partner and pointed out that she already has an established business, while Kathryn was just starting her’s.

Harpreet was understandably happy to receive the investment, saying:

“I cannot believe Lord Sugar has chosen me to be his business partner!

“I have dreamed of this moment, and it just completely proves that if you work hard and you believe in yourself, dreams do come true.”

What’s next for Harpreet following her win, we find out.

How Harpreet will Use the Investment? 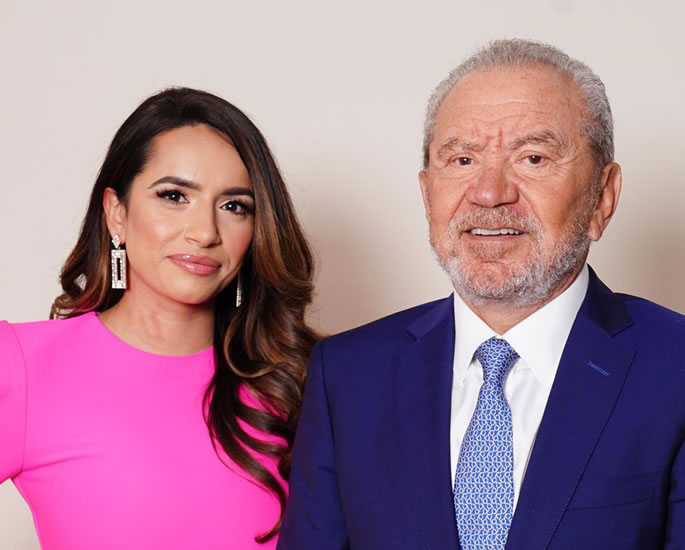 Before entering the show, Harpreet Kaur stated that she would be looking to scale up her business, which is already worth six figures.

In the boardroom, Harpreet told Lord Sugar what she planned to do with the £250,000 investment.

Her main focus is to take advantage of the digital side as well as nationwide delivery.

She also plans on opening up more stores.

Harpreet told Lord Sugar: “I would like to use a portion of the money to invest across three stores.”

She went on to say that with the money, she could open three stores between 18 months and two years.

“At that point, I would like to explore franchising.”

While she stated that she could grow her business without Lord Sugar’s help, she believed the investment would significantly accelerate that growth.

Barni’s transforms into Oh So Yum! 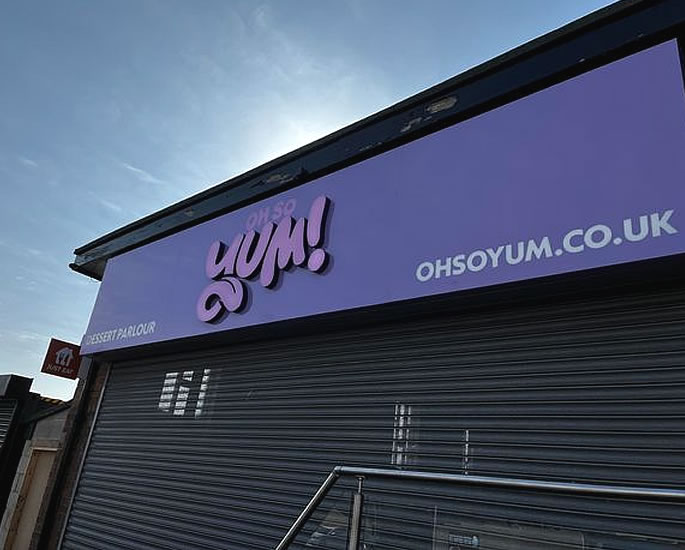 Prior to The Apprentice, Harpreet Kaur co-founded dessert parlour Barni’s, owning two stores in Huddersfield and in Leeds.

In The Apprentice final, Harpreet came up with the brand name ‘Oh So Yum!’ along with a logo.

She has now put some of the £250,000 investment to use by rebranding her business.

But despite the name change, Oh So Yum! remains a quality dessert spot that also has a thriving online business, with more than 22,000 Instagram followers.

The Cookie Dough Pots that Harpreet created in the final are coming soon.

For customers living near Huddersfield and Leeds, the sweet treats can be ordered on Uber Eats and Just Eat.

Customers across the UK can also enjoy Harpreet’s desserts as the company delivers throughout the UK.

Oh So Yum! even has a range of merchandise on sale including hoodies, notebooks, mugs, money boxes, tote bags and keyrings.

What about her Sister Gurvinder? 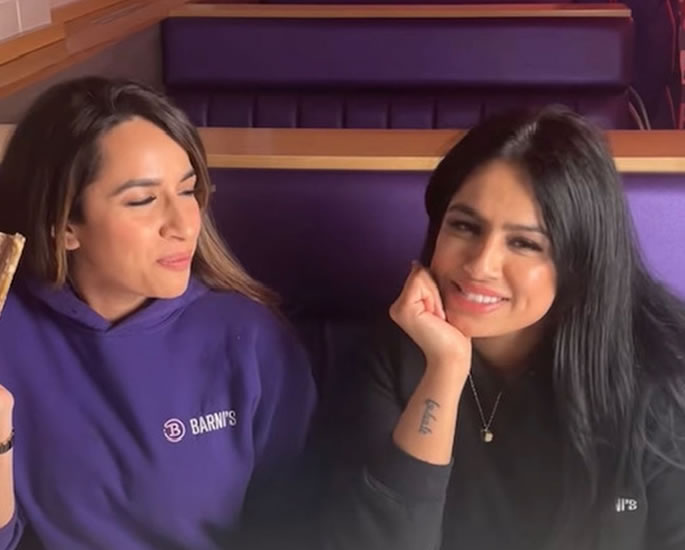 During The Apprentice interviews, it was revealed that Harpreet Kaur co-founded and co-owns the dessert business with her sister Gurvinder.

Back in the boardroom, Lord Sugar questioned Harpreet about her sister and wondered whether it was actually Gurvinder who actually built up the business.

Harpreet then came under fire from viewers after she appeared to suggest that she would remove her sister from the business, telling Lord Sugar:

“My sister won’t be a problem.”

Harpreet later insisted that she would not be removing her sister from the business.

And following her win, it appears Gurvinder remains very much part of their rebranded dessert parlour.

Speaking about working with Lord Sugar and her sister, Harpreet said:

“We’ve been running the company for 6 years and we’ve got it to where it is today, together.

“At the end of the day, he’s getting two for the price of one. Why would you not want that?”

“She ain’t going anywhere and we make an amazing team so we’re gonna be a powerhouse with Lord Sugar on as well.

“We’re an amazing dynamic duo, we have amazing personalities actually, we complement each other’s skills and that’s what ensures we’re gonna have success in our business so its really gonna supercharge our growth, the two of us still involved, and yeah its gonna be brilliant.”

On the tasks, Harpreet added: “I applied thinking it would be easy and that I could smash it but when I got there, the exhaustion, the difficulty of the tasks, you don’t know anyone around and you’re trying to work as a team but you’ve never met them before, the intensity of the boardroom, the cameras, everything is full-on more than you could imagine unless you’re in it.

“I found it really difficult and because I took it so seriously I could not relax, I was like a machine running on exhaustion.

“But I did it and I believe that focus and determination and the task got me through, it’s the hardest thing I’ve ever done by far.

“I just loved the final boardroom, when the candidates left after helping me and Kathryn, I couldn’t believe that moment, I honestly felt like I was watching it because I’ve genuinely dreamt of that moment.

“I will never forget that moment of I chased my dreams, I did it and I got there.”

How The Apprentice has helped Past Winners? 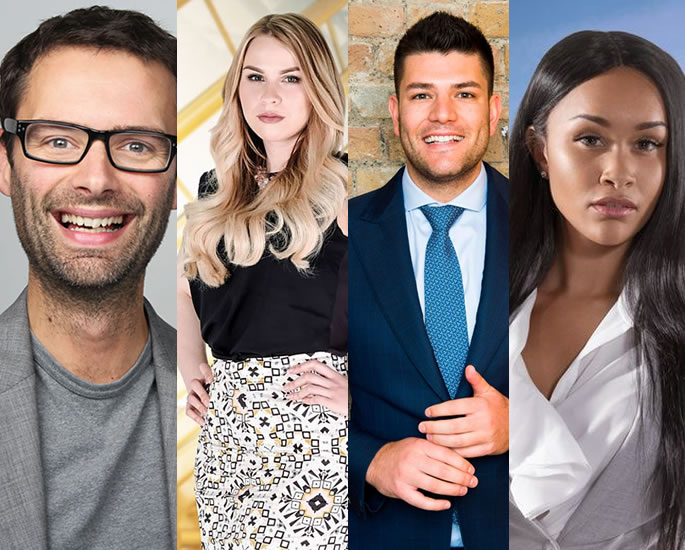 The Apprentice has seen Lord Sugar invest in business ideas since 2005, beginning with Tim Campbell.

Here are some of the previous winners and what happened to them after winning the BBC One show.

Tom Pellereau won The Apprentice in 2011 and was the first to receive a £250,000 investment from Lord Sugar.

He injected the money into his invention Stylfile, a curved nail file.

It is still stocked by shops across the UK, and Tom has continued his working relationship with Lord Sugar, running a beauty accessories company with him called AVENTom.

Like Harpreet, Alana Spencer’s business was sweet treats. She won the 2016 series with her cake-making company, Ridiculously Rich by Alana.

But a few years after the win, Lord Sugar and Alana parted ways in 2019.

Since its launch, the company has secured contracts with over 250 businesses including Company Check, Groupon, and Emirates.

It was also reported that Climb Online turned over £5 million in 2020.

In 2018, Sian Gabbidon won the show with her reversible swimwear range, Sian Marie.

She has since expanded her business into party clothes and loungewear.

It was reported that she partnered with Asda to work on a new clothing line.

Harpreet Kaur believes her success is down to being a “tough cookie” and suggests budding entrepreneurs should avoid the show if they are intimated by Lord Sugar.

She said: “If you’re a sensitive person you might be offended but if you’re a tough cookie, and you can just take on board the feedback, you’re going to be absolutely fine.

“At the end of the day, don’t apply for the process if you’re going to be intimidated by someone like that, because you’re applying to go into investment with this person.

“So if you’re scared you’re not really going to get anywhere.”

It will be interesting to see how Oh So Yum! grows in the future and how Harpreet juggles business with the fame that comes with being on reality TV.

Dhiren is a journalism graduate with a passion for gaming, watching films and sports. He also enjoys cooking from time to time. His motto is to “Live life one day at a time.”
Parineeti Chopra joins Diljit Dosanjh for Chamkila Biopic
Yami Gautam on ‘The Kashmir Files’ being called Propaganda