Veteran actor Rishi Kapoor has died at the age of 67. The sad news has led to a wave of tributes from Indian celebrities.

"My heart is so heavy. This is the end of an era."

Tributes have poured in following the sad passing of Rishi Kapoor. The legendary actor lost his battle with cancer at the age of 67.

The news comes a day after the death of fellow Bollywood actor Irrfan Khan.

Rishi Kapoor belongs to probably the most iconic family in Bollywood. Therefore, the loss of another major Kapoor from this family has shocked lovers of Indian cinema.

He has starred in films for over five decades and many, right until this day, are viewed as some of the most fantastic films made.

His first lead role came in 1973 in the teenage romance Bobby, which was a blockbuster hit.

Kapoor was known for playing the romantic lead in dozens of films for over 20 years, after which he made a successful transition to character roles.

Kapoor was diagnosed with leukaemia in 2018 and had a year-long course of treatment in New York before returning to India in September 2019.

His brother Randhir Kapoor said that he was taken to hospital on April 29, 2020, after he complained of breathing difficulties.

However, on April 30, the actor’s family revealed that he had passed away. In a message, they said his life ended peacefully.

“The doctors and medical staff at the hospital said he kept them entertained to the last. He remained jovial and determined to live to the fullest right through two years of treatment across two continents.

“Family, friends, food and films remained his focus and everyone who met him during this time was amazed at how he did not let his illness get the better of him.

“He was grateful for the love of his fans that poured in from the world over.

“In his passing, they would all understand that he would like to be remembered with a smile and not with tears.”

Kapoor’s family also appealed to his friends and followers to abide by the social gathering restrictions and to respect the lockdown guidelines.

Following his untimely death, celebrities have expressed their condolences.

Priyanka Chopra shared a photo of her with Kapoor and his wife Neetu Kapoor, posting:

“My heart is so heavy. This is the end of an era. Rishi sir your candid heart and immeasurable talent will never be encountered again. Such a privilege to have known you even a little bit.

“My condolences to Neetu maam, Ridhima, Ranbir and the rest of the family. Rest in peace Sir.”

Janhvi Kapoor wrote: “An icon. In every way. You’ve left a ceaseless void in this industry and world, somehow even for those who never had the chance of really knowing you.

“But you have also left with us a plethora of legendary work and innumerable stories of your candour, humour and zest for life that’ll remain with us forever. Rest in peace.”

Before we could get over one loss, waking up to another legend gone is so heartbreaking ?! #RIPRishiKapoorJi
Prayers and condolences to the family! ??
Such terrible time we are living in..

Akshay Kumar said: “It seems like we’re in the midst of a nightmare… just heard the depressing news of Rishi Kapoor ji passing away, it’s heartbreaking.

“He was a legend, a great co-star and a good friend of the family. My thoughts and prayers with his family.”

Prime Minister Narendra Modi described the actor as “multifaceted, endearing and lively” and “a powerhouse of talent”.

He added: “I will always recall our interactions, even on social media. He was passionate about films and India’s progress. Anguished by his demise.”

I've had the honour of working with Rishi ji. A larger than life person, so outspoken yet so warm. We have lost a brilliant actor today. Still can't believe it.. absolutely heartbroken. My prayers are with the family during this tough time. pic.twitter.com/gFNAXUoxFT

An upbeat and happy-go-lucky star of Indian cinema, Rish was often outspoken and always wanted to comment on India society and changes within it.

He used the social media platform Twitter often to express himself.

He continued to act through the years and appeared in the film Mulk in 2018 in a lead role.

In a special appearance on stage with fellow actor Amitabh Bachchan, after doing the movie 102 Not Out in 2018, Rishi told the audience about his first-ever shot, which was as a child. He said:

“There was a shot I had to give for Shree 420. My elder brother and sister were also in the shot. The shot was just walking by but in rain.

“Tau ronah ta shot mein kabi hota nah tha (But there was no crying expected in the shot). Film 420 ka voh drishat tha (it was a requirement for the film 420).

“So I took up that bribe, and I kept my eyes wide open only for the chocolate and I gave that shot! So that was the first shot I ever did.”

Watch the full stage conversation with the late Rishi Kapoor and Amitabh Bhachan: 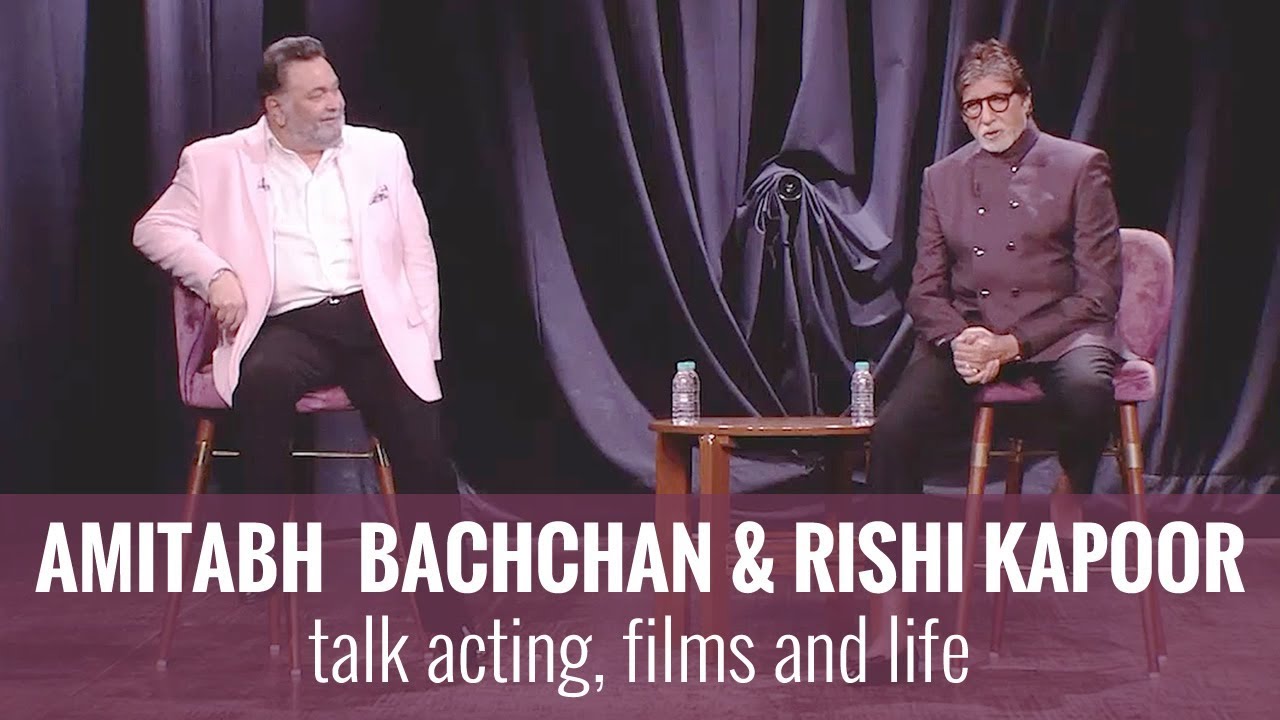 Rishi Kapoor, fondly known as Chintoo, is another big loss for the Bollywood film industry and he will be missed and warmly remembered for his iconic roles to entertain us all.

Dhiren is a journalism graduate with a passion for gaming, watching films and sports. He also enjoys cooking from time to time. His motto is to “Live life one day at a time.”
12 Web Shows to Watch on India’s MX Player
Masterchef Finalist & Husband found Dead in ‘Murder-Suicide’