The Story of Tamasha

Tamasha developed into a theatre company with a strong track record of exquisite and culturally inspired British Asian productions. Being the company to commission ‘East is East’ to producing adaptations of popular plays from the West, Tamasha has transpired into one of UK’s most acknowledged British Asian theatre brands.

"Think about the craft rather than the destination"

The Tamasha theatre company is the brainchild of two long-lasting friends who have built the company through the many challenges faced by an arts company in the UK.

However, their task has been bigger and more involved  because of their focus on British Asian plays and productions. Sudha Bhuchar, actor and playwright and director Kristine Landon-Smith came together in 1989 and decided to form a theatre company that would tell of stories from the sub-continent and beyond in its own unique way. 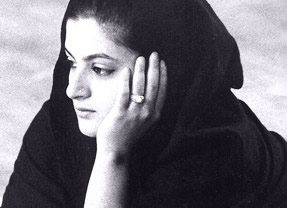 Kristine produced a drama whilst in India teaching at the National School of Drama in Delhi. Based on Untouchable, a book by Mulk Raj Anand, Kristine adapted the novel into a play. On her return to the she showed Sudha a video of the production who immediately felt that it was worthy of putting on  stage in the UK. This was the start of a long relationship between the two women and the start of the Tamasha, a theatre company that has produced some of the most noteworthy and popular British Asian plays.

Kristine and Sudha have worked together on many of the productions by Tamasha with Kristine mainly taking the role of director and Sudha creatively writing plays, acting and taking charge as artistic director. The partnership flourished and both have continually worked hard to build Tamasha a strong a ethnic theatre brand in the UK.

DESIblitz met up with Kristine Landon-Smith and Sudha Bhuchar to find out how and why Tamasha has evolved into a unique platform for British Asian theatre. 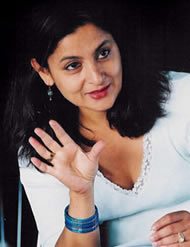 Sudha started her arts and acting career by accident after she saw a Tara Arts performance in 1979 while she was studying Maths and Sociology. This is when she met Jatinder Verma of Tara Arts, which one of the most admired and established ethnic arts and drama organisations in the UK. Jitinder invited her to join the productions of Tara Arts and Sudha attended weekly rehearsals with her sister. Subsequently, she performed in plays like Scenes in the Life Of (1982) and Salt of the Earth (1985), in which she acted the lead with Ayub Khan Din, who was also attending Tara Arts sessions at the time.

Sudha went on to become a playwright developing British Asian plays for BBC radio and acted in many. Also she became a presenter on BBC’s Network East lifestyle programme on the popular Saturday morning slot on BBC 2; she appeared on the famous BBC soap Eastenders as Meena MacKenzie during 1993-96, played Usha Gupta in the evergreen BBC Radio drama, The Archers, and made acting appearance on many other television shows such as Doctors, Bad Girls and Casualty. 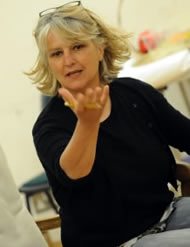 Kristine started out as an actress and then began directing in her 20’s. She also worked with Sudha at Tara Arts. She worked on many different projects and worked in India teaching drama. A key aspect of her career was producing radio drama for the BBC and she frequently teamed up with Sudha on some of the projects that Sudha wrote. Tamasha gave her a chance to build her career in a niche area in need of dedication and optimism. Kristine has directed many of the hit performances by Tamasha including Wuthering Heights.

Tamasha productions since their debut Untouchable, include the Women of the Dust, Tamasha-commissioned East is East, A Tainted Dawn, Balti Kings, A Fine Balance, Wuthering Heights, Strictly Dandia, Ryman and the Sheikh, All I Want is a British Passport, The Trouble with Asian Men, Sweet Cider, Lyrical MC, Child of the Divide and The House of Bilquis Bibi, featuring Bollywood actress, Ila Arun. 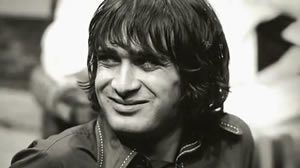 The production of ‘East is East’ is a major milestone for Tamasha because the play went on to be produced as a major hit film including cast from the play such as Jimmy Mistry. The story was written by Ayub Khan Din who after many rejections was encouraged by Sudha to attend a workshop to develop it into the play. Sudha says: “I knew about East is East when were at Tara we did a reading at the Albany Empire. Then, it was a series of sketches about Ayub’s life and they were so funny and I played the sister all those years ago!”

The approach of Tamasha productions is to do more than tell a story. Curiosity about the world is a theme within their productions, which is sophisticated, fearless and funny. A major objective for Tamasha is to take their stories to not just a national but to an increasingly international audience. With the diversity of the content and writing being produced by Tamasha, it’s evident that they are trying to make their performances with a more universal value. No doubt changes in British Asian society and of course, modernisation in the sub-continent, will be a natural themes of future productions. 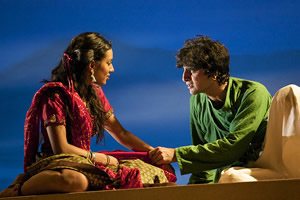 Writing is the first step to any production and without it there is no production. Therefore, Tamasha invests heavily in writers to ensure their productions meet the desired standards and quality. Developing writers to retell history, reveal hidden stories and share cultural complexities of the world with modern theatre audiences, is always the ambition.

As well as being a theatre company, the organisation is a training school for new talent, especially, young British Asian writers and actors. This is a very important aspect of Tamasha’s work to continue nurturing new upcoming talent and provide them with the guidance and support required. Tamasha’s Development Awards provide direct support for promising artists and enable Tamasha to pioneer the showcasing of original work from British Asian playwrights, directors and designers.

Acting and the arts is not an easy option for British Asians and frequently results are expected quickly which is not what always happens, Sudha says:

“Young actors do think, ‘I can go to Hollywood, I can go to Bollywood’ but actually they do find that they are still having a lot of knocks of being from a minority so I think the challenges are still there.”

Advising young talent on how to make it more realistically in this field, Sushda says: “Think about the craft rather than the destination.” 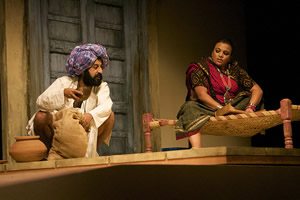 The company is supported by Arts Council funding but productions are expensive and therefore, Kristine and Sudha aswell as being the artistic team, engage in business and fund raising activities to ensure the company continues to prosper and develop. Kristine says: “The landscape in which we operate is very tough and very competitive. And in a sense getting tougher”

After twenty one years, Tamasha has shown that its growth has been a significant one, and not without the challenges faced by the two founders of the company. But their belief and determination
to grow the hub for the best in British Asian talent and to develop the platform for challenging new and exciting productions, echoes in their enthusiasm and dedication to use theatre as their unique method of telling our stories.

Nazhat is an ambitious 'Desi' woman with interests in news and lifestyle. As a writer with a determined journalistic flair, she firmly believes in the motto "an investment in knowledge pays the best interest," by Benjamin Franklin.
The changing spectacle of Diwali
Women’s gang in ‘Pink Saris’