In a special interview with DESIblitz, Saliha Mahmood Ahmed talks about her life since MasterChef 2017, and how she juggles cooking, family and her career.

"I’m writing my book at the moment called Khazana, which is basically my style of Indo-Persian cooking"

“It’s such an indescribable feeling. It feels like your world has changed but for the better and in a very different way,” Saliha Mahmood Ahmed, 2017 MasterChef Champion tells DESIblitz.

On 12th May 2017, British Pakistani Saliha took home the title of Masterchef Winner 2017. She surprised us all when she elevated her home Pakistani and Kashmiri cooking into a critic-pleasing, winning formula:

“[Before] nobody knew who I was or what I was doing or what I cooked, and [now] every time that I walk from hospital to home, or if I go anywhere out people say hello and congratulate you and it’s such a heart-warming feeling,” the young doctor explains.

“There is so much positivity around from everyone, so it feels great – nobody wouldn’t like this, it’s just lovely.” 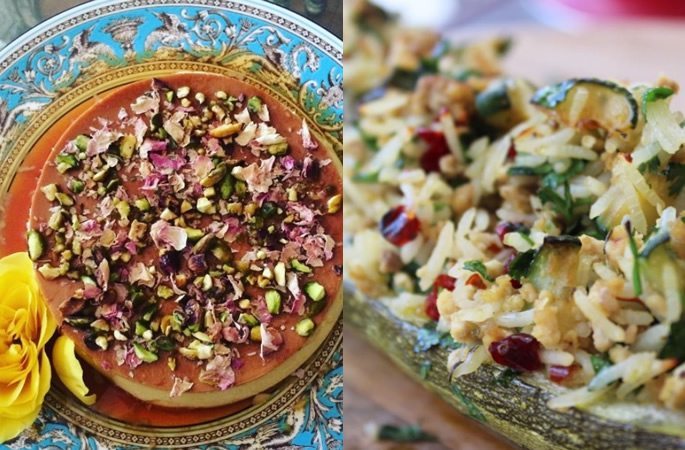 It was her modern take on Kashmiri and Persian styles of cooking which set Saliha apart from the other contestants. She was able to combine her Eastern heritage with modern Western techniques to create something that is experimental, yet tantalising.

For Saliha, this cooking influence began from a very early age. The young Brit-Asian spent many hours in her mother’s kitchen helping her to prepare food:

“For me, cooking started at a very young age, because I used to have to take a very active interest in what my mum was doing in the kitchen.

“From when I was 6 or 7 years old, mix things for her. When I got a bit older chop things for her. And then when I got older I would start making recipes as my own. It was just quite gradual really. “

As a result, Saliha’s passion for cooking grew and continued into her adult life. But while a demanding career in medicine and other responsibilities took over, Saliha’s passion remained a hobby. That is, until her husband decided to apply for MasterChef on her behalf:

“But I have my son and then full-time work as a doctor, so there was never enough time for it.

“And then my husband basically found out that the applications were open, and he put my application in for me. He pretty much did most of it without me even knowing!” 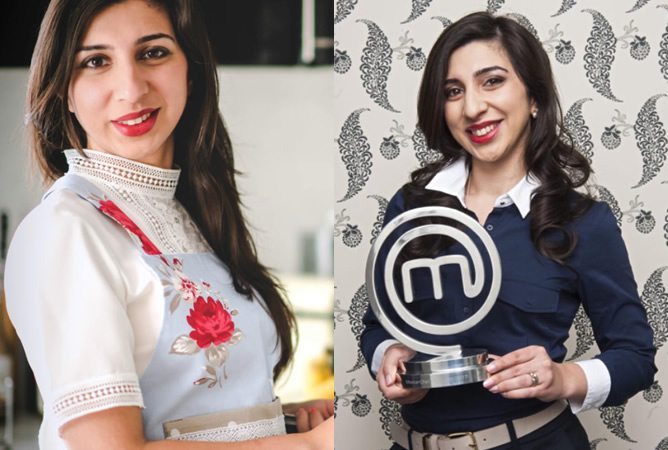 Saliha quickly gained momentum in the competition, showing off her unique understanding of tastes and spices. But she admits that juggling MasterChef alongside her work as a junior doctor and being a mother was an immense challenge:

“It’s really hard! You always have to balance multiple things, you have to prioritise. I was very much helped by family though, so I was very lucky. My mum would help with childcare, my husband’s been amazing, my mother-in-law was really helpful as well. I couldn’t have done it without their extra help and support. So it was definitely a family effort.”

Describing a typical ‘day’ during the BBC competition, Saliha explains:

“I used to have night shifts then need to go for filming in the morning. It was really difficult, it was exhausting. But the thing is, when you are doing something that you really enjoy and love, then somehow you get the energy for it.”

“And with time, you start forgetting how hard it really was. Of course, it was difficult at the time. But now with all this positive stuff come out from all the effort that I actually put in, you kind of just lose perspective on all the negativity. And you lose perspective of how hard you worked at the time, because it becomes totally worth it.”

From MasterChef to Khazana

Since her win, the doctor and mother of one has been busy making her mark in the culinary scene as well as balancing a very hectic and rewarding career:

“It’s been a blast since Masterchef. I’m writing my book at the moment called Khazana, which is basically my style of Indo-Persian cooking and that’s out next September. I’m a still a doctor, wife and mum so if we were not busy before, we’re especially busy now!”

Cooking! My favourite quails- recipe testing for KHAZANA! My cookbook coming in September 2018 🙂 can not wait guys xx pic.twitter.com/bAWwsWZSQY

Before her new book releases however, the MasterChef winner also launched a new website, Saliha Cooks, where she shares some of her favourite recipes. Describing where she gets her inspiration from for new recipes, Saliha explains:

“My style is mostly a fusion cuisine. Something that’s quite Middle-Eastern, mixed with Indian, Kashmiri, Pakistani influences. And from North African food as well. So, to be honest, it’s a lot of the food that I love. It’s food that I’ve have read about and food that I have eaten growing up but then changed it a little bit to make it into my own style.

“So I kind of drew on experiences and childhood memories. It’s food that I used to eat and just tried to ramp it up a bit and make it a bit more interesting.

“I’d say it’s probably inspired very much by the traditional food that we have at home, it’s probably taken on a slightly different form.

“I think I’ve taken on the influence growing up of what I was eating, and tried to give it a modern, interesting twist.”

“Something a bit more new, and something that people haven’t seen before, that was the idea at least.”

Gastronomy ~ the Science behind Cooking 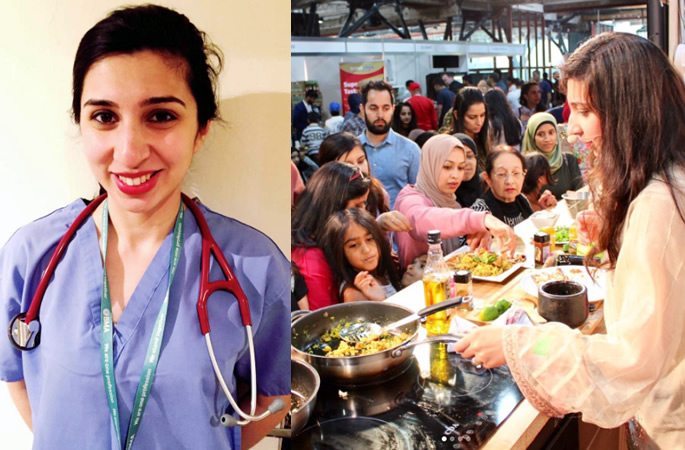 As well as working on her new cookbook, Saliha also aims to implement some of her medical work with the food that she creates:

“Food and medicine are already very intrinsically interrelated. The saying I often refer to is one of Hippocrates famous quotes which is, ‘Left food be thy medicine, and medicine be thy food’. And I really believe in that.

“I’m not saying that people should leave taking their tablets just for taking diet. But the way that food makes us feel better in life about so many different things, and how important appetite is to people who are unwell. These are really important considerations for all of us. So, the general well-being of patients in ensuring that they eat good food is very important to me and that is something that I want to work on.”

In particular, Saliha hopes to encourage patients and individuals to adopt a healthier eating lifestyle to help counter long-term illnesses. Currently, the talented chef is undergoing her Gastroenterology training, and she tells us:

“My main focus is going to be on trying to develop recipes for people with coeliac disease. Trying to help people with Irritable Bowel Syndrome using the various diets that are available out there. And really working on improving patients’ symptoms with that regard.”

She adds: “Combining medicine with food is a huge challenge, but it’s very exciting for me because it’s about having holistic lifestyles where food is a very healthy part of our life. Something that we enjoy, something that improves our health outcomes in the long term by preventing diabetes, preventing obesity.”

Saliha then hopes to use her knowledge of both food and medicine to tackle wider social issues when it comes to healthy eating and well-being:

“These are all really important things we have to tackle as a society. And that’s a challenge that I really want to get involved with in the future. Not just cooking in my own style, which I very much want to do. But also thinking about society at large and the impact that food has on them.”

Without a doubt, Saliha’s determination and talent in both cooking a medicine will see her go very far.

We very much look forward to seeing what the future holds for the Brit-Asian MasterChef winner, Saliha Mahmood Ahmed!

The Nuni Toaster ~ Perfect for Chapatis
What is Bubble Waffle?