The Nuni Toaster ~ Perfect for Chapatis

The humble toaster has had a brand new makeover. Join DESIblitz as we find out about the revolutionary Nuni Toaster which can even heat up your roti.

"This product showcases the ingenuity of the next generation of entrepreneurs"

The toaster – a utensil mainly used at breakfast time and as the go-to snack maker for student houses.

Up until now ordinary toasters have consisted of two toasting slots and are used to toast bread. Some have dials which allow you to choose the level of toastiness and length of time the bread can toast for.

But what if a toaster could be used for more than just the humble thick slice farmhouse loaf?

The Nuni toaster is a self-acclaimed “revolution”. Designed so you can cook 6 tortillas at the same time without having to flip them over a hot stove. Tasty tortilla’s without the effort!

However, with a bit of research, DESIblitz has found you can also use it to heat up yummy roti and chapatis to serve as a side dish with your meals or when you feel like a toasted snack.

Using the Nuni Toaster can cut time out of cooking and means you can serve warm roti and chapati at the flick of a switch. You can save even more time if you buy store bought roti and chapati and toast those instead of making your own! 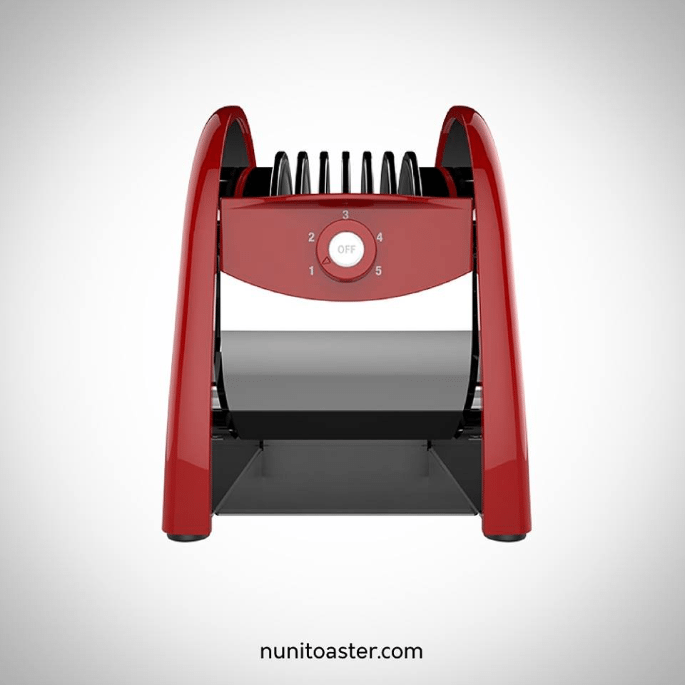 The Nuni toaster can hold 6 rotis or chapatis, so long as they are 6 inches or smaller. You can choose whether you want them toasted lighter or darker via a dial on the machine. This means you get a perfect roti every time. They’ll also be warm and ready by the time you have finished serving up your dinner. So every plate is guaranteed to be hot!

Could this be a Desi mother’s dream?

The Nuni toaster is small enough to be placed on a dining table. So you can toast roti and chapati whilst you’re dishing up. Meaning that everyone can choose how light or dark they want theirs toasted!

The Nuni toaster comes in at $89. 95 (approx. £67.) The toaster comes in four colours; white, black, red, and grey. A colour to suit every kitchen. It has proved to be incredibly popular, with the first circulation selling out via pre-orders within a few weeks. There is a second production underway. But they will not be delivered to clients until early 2018.

The Chicagoist claimed the Nuni Toaster is “quick and creative”. L.A. Taco also sings the praises of the toasting machine stating: “This product showcases the ingenuity of the next generation of entrepreneurs.”

The Nuni Toaster also has its own blog which holds quick tips and dos and don’ts of heating tortillas.

However, make sure you’re quick because, by the looks of it, the revolutionary Nuni toaster isn’t going to stop selling out anytime soon!