Winners of the Asian Achievers Awards 2015

"British Asians contribute 6 per cent of UK GDP, despite making up just 4 per cent of the population."

The evening saw the 15th annual Asian Achievers Awards, highlighting the outstanding achievements and contributions of Asians across all sectors of community, business and media.

Stars and big personalities from all over the UK arrived in their glamorous best to celebrate alongside the winners.

Well-loved British Asian actor, Nitin Ganatra, and journalist Sangita Myska hosted the glittery event which was fittingly themed around the contribution of Asians in the Uniformed and Civil Service.

In lieu of this, Chief Guest for the evening was Secretary of State for Defence, Rt Hon Michael Fallon MP. 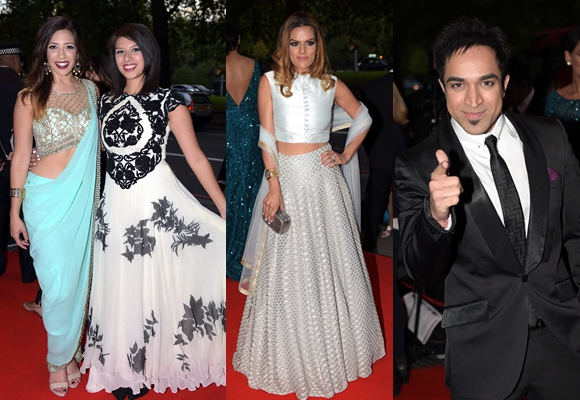 Beginning by congratulating all the nominees, Fallon spoke about the admirable success of British Asians across all sectors of UK life:

“I’ve seen statistics showing British Asians contribute six per cent of UK GDP, despite making up just four per cent of the population.”

He mentioned, however, that Asian representation in public services and the army was still minimal, and hoped to encourage more Asians by offering better opportunities:

“We must do better. This isn’t just about tokenism, or creating a more integrated society, it’s about attracting the brightest and the best from the talent in our midst.

“We are one nation. And we need one nation Armed Forces, that benefits from all the people they protect.”

One of the key awards of the night was the ‘Uniformed and Civil Services Award’ which was given to Lance Corporal Tuljung Gurung, a Military Cross hero of the Royal Gurkha Rifles.

Other deserving winners included icon of the cricketing world, Moeen Ali, who was awarded ‘Sports Personality of the Year’.

In the business and entrepreneur categories, founders of online retail shop, Secret Sales, Nish and Sach Kukadia won ‘Entrepreneur of the Year’. 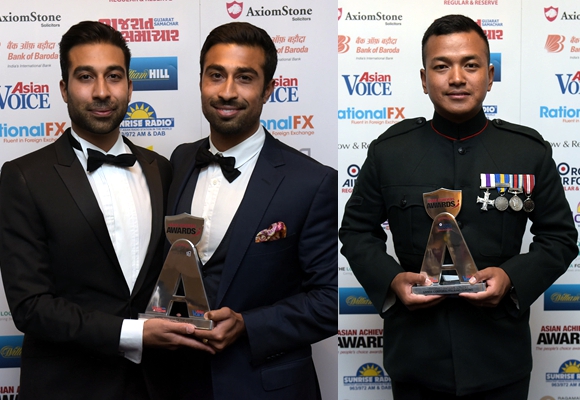 ‘Businessperson of the Year’ went to Iqbal Ahmed OBE of Seamark Plc.

‘Woman of the Year’ went to Bindi Karia, a Technology Startup Expert and Advisor, while the ‘Achievement in Community Service’ award was given to Jasvinder Sanghera CBE, the Founder of Karma Nirvana, a charity that helps victims of forced marriage and honour-based violence.

Another highlight of the evening was Lord Rumi Verjee CBE who was honoured with the Lifetime Achievement Award.

Here is the full list of winners for the Asian Achievers Awards 2015:

Organised by the ABPL Group, the Asian Achievers Awards raised funds for their chosen charity partner, the Loomba Foundation during a live auction.

The ABPL Group also announced a new ‘Asian Voice Charity Awards’, which aims to reward charities for their dedication and commitment in challenging big social issues in the UK and across the globe. The awards will launch in 2016.

All in all, the Asian Achievers Awards once again showcased a fantastic night that recognised the achievements of Asians in Britain.

See all the images of the fantastic evening below: