British Asian Media personalities and experts descended on the blue carpet at Manchester Hilton Deansgate for the Asian Media Awards on October 27, 2016.

Female empowerment was the theme of the annual Asian Media Awards for 2016.

Manchester’s stunning Hilton Deansgate laid out a fitting blue carpet to welcome guests from all branches of Asian and non-Asian media, including Radio, TV, print and online.

Now in its fourth consecutive year, the Asian Media Awards have proved their worth as a respected ceremony that recognises the incredible achievements of those working in British media.

Host for the evening was ITV Lunchtime News presenter Nina Hossain. The charming Nina proved to be a popular choice, with some guests including Nitin Ganatra confessing they had a crush on her.

Nitin notably won the award for Best TV Character with his Eastenders role of Masood. The popular personality was joined by many stars from the acting world, including Ameet Chana, Antonio Aakeel, Afshan Azad and Armeena Khan who recently appeared in the hit Pakistani film, Janaan. 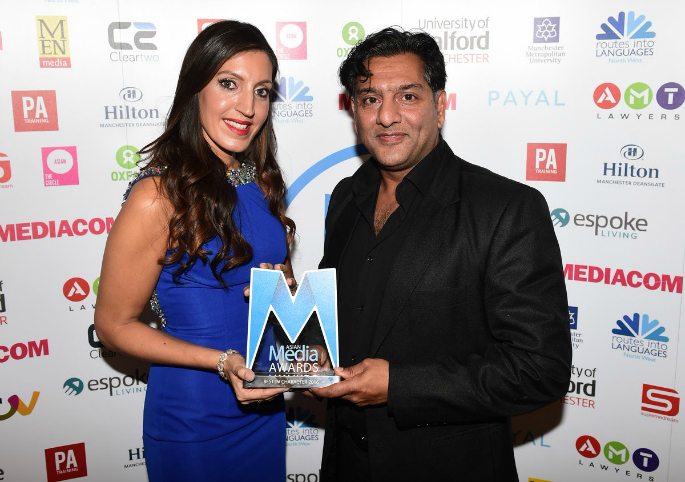 Armeena who presented one of the awards of the evening took a few moments to talk about the current disunity of Pakistani and Indian film industries and pleaded for actors to not be politicised to suit the needs of the ruling governments.

Her fellow actors pointed out the key necessity of Asian media to stand united and praised events such as the Asian Media Awards for bypassing all ethnic and racial barriers when recognising talent.

Chief guests of the industry including a few veteran actors of TV, the silver screen and stage. Shelley King was awarded ‘Outstanding Contribution to Media’.

The inspiring star personally saluted the likes of Jatinder Verma, Rukhsana Ahmed and Janet Steel for paving the way for interesting roles for British Asians in the theatre.

Malik expressed his gratitude for being recognised for his last 30 years contribution to British film and TV. He also acknowledged the challenges he initially faced when stepping into the industry, particularly from his own family.

The actor also went on to say that his favourite films were Mary Poppins and Pakeezah. 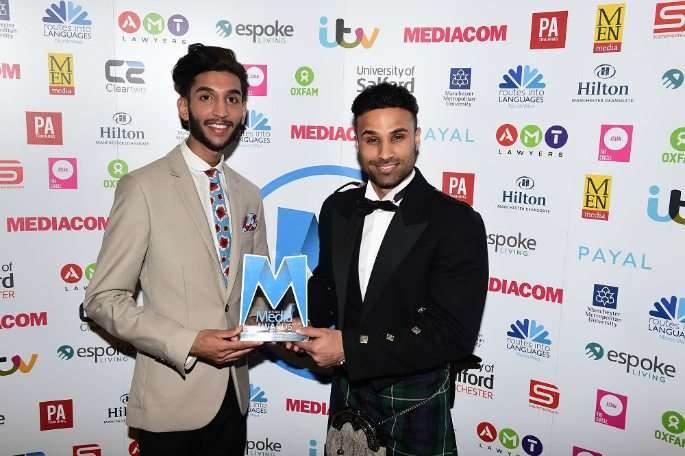 Other winners were recognised in the fields of print publications, PR, Radio, TV and investigative reporting.

Rahim Pardesi, the popular Scottish YouTuber was awarded ‘Best Video Channel 2016’. The kilt-wearing comedian took the opportunity to use his thank you speech as a comedy sketch to entertain the guests.

‘Best Newcomer’ went to 24-year-old Ambreen Razia, who has received critical acclaim for her one-woman show, The Diary of a Hounslow Girl.

The show narrowly beat out to Ishy Din and Suba Das’ Wipers which took the award for ‘Best Stage Production’.

Other winners included the likes of Jay Shetty for ‘Best Blog’ and the newly coined Sister-Hood magazine founded by documentary filmmaker and human rights activist Deeyah Khan. The online magazine took the award for ‘Best Website’. 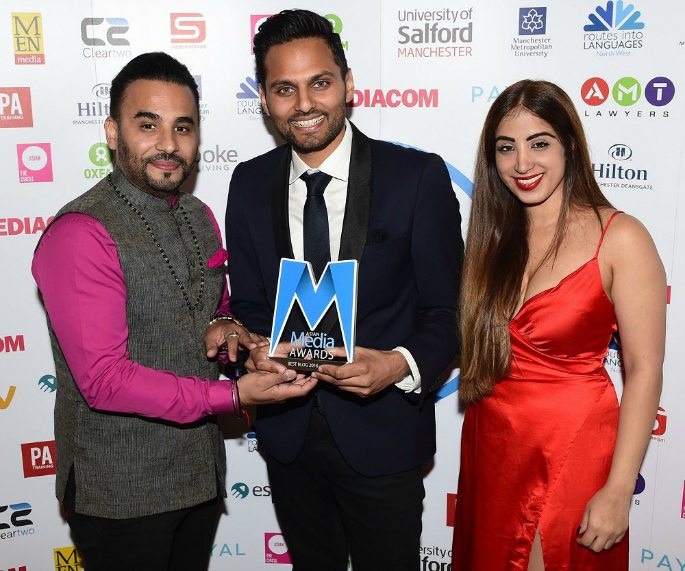 Media Hive, also in their first year, took the award for ‘Media Agency of the Year’.

Here is the full list of winners of the Asian Media Awards 2016: 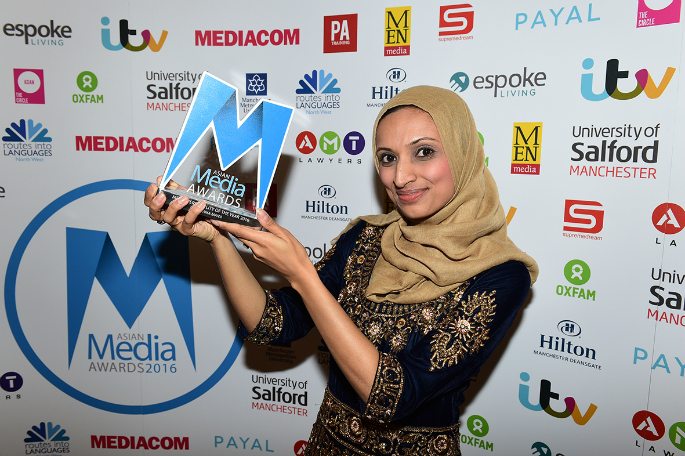 It is clear from this list of deserving winners that Asian media is pushing the boundaries of racial and ethnic discrimination.

In this current unstable global climate, many of these journalists and media professionals are proving the vitality of the ethnic minority voice in mainstream media. And it is wonderful to see them finally recognised for their efforts.

DESIblitz wishes warm congratulations to all the winners!

Aisha is an editor and a creative writer. Her passions include music, theatre, art and reading. Her motto is “Life is too short, so eat dessert first!”
National Geographic’s Green-eyed Icon Arrested in Pakistan
Should British Asian Girls still wear Desi Clothes?