Medhavi Patel is an actress who stars in the play, Mushy: Lyrically Speaking. She chats to DESIblitz about her experience, diversity, inspirations and more.

"I enjoy providing a space for diverse storytelling"

Medhavi Patel is an actress who has starred in various theatre performances. Patel is most recognisable for taking on roles to portray British Asian women in society.

Her most recent theatre performance was in Mushy: Lyrically Speaking (2019). It is based on the moving, true story of Musharaf Asghar who is famous for being on the show, Educating Yorkshire (2013-2014).

The play follows the journey of Musharaf, popularly known as Mushy, who had a severe stammer which he was trying to overcome with the help of his supportive mother, friends, and teacher Mr Burton.

In comparison to the TV show, the theatre performance was infused with lyrical narrations and rap by the famous British Asian rapper, Raxstar.

Aside from Mushy: Lyrically Speaking (2019), Patel has taken part in various other theatre performances including We are the Lions (2017), Mr Manager (2017) and many more.

Patel has also previously been nominated for the Best Theatre Actress at the 2018 Eastern Eye Arts, Culture & Theatre Awards.

Medhavi Patel, also known as ‘Ammi’ in Mushy: Lyrically Speaking (2019) exclusively speaks to DESIblitz about her role in the play, being a British Asian woman in theatre, inspiration and more. 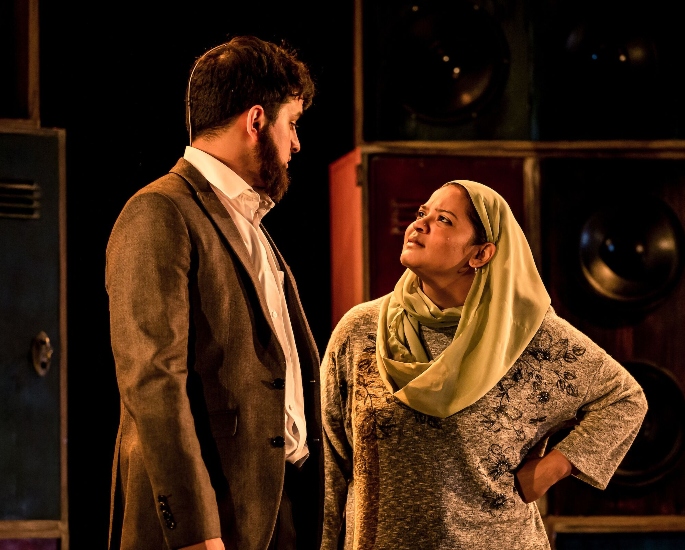 In the theatre production of Mushy: Lyrically Speaking (2019) Medhavi Patel portrayed the role of Mushy’s mother.

Medhavi Patel was captivated by the role of ‘Ammi’ as it links to her personal life. She says:

“I realised a lot about ‘Ammi’ by considering my own mother’s story and struggles, which quickly developed to understand the struggle of many first-generation Asian women who have had to contend with the community and cultural perceptions.”

The role of Ammi perfectly showcased a loving, supportive Asian mother. Patel describes the character of Mushy’s mother. She mentions:

“‘Ammi’ is such a wonderful character with a big range of emotion, humour and resilience. She has a strong foothold in both the traditional and contemporary with regard to her relationships and her beliefs.

“It can sometimes be more conflicting than she realises but also very helpful to her with regards to her perceived independence as a single mother.

“Her relationship with Mushy is beautiful, she doesn’t allow Mushy’s stammer to become an obstacle for him. She instead encourages him to keep going on all counts.” 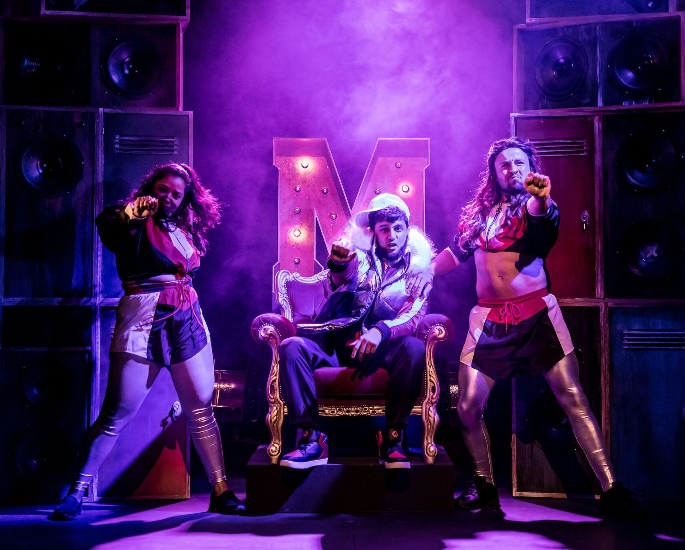 Medhavi Patel’s love and passion for theatre sprung from many inspirational actors and actresses. She explains why Riz Ahmed inspires her, she states:

“Riz Ahmed for his decision to not only own the narrative but to have completely torn through it. His tenacity to highlight the need for equality speaks volumes.”

As well as Riz Ahmed, many other actors have inspired Madhavi Patel. When discussing her inspirations, she also mentions:

“Nandita Das for her strength in portraying roles that challenge social injustice on many counts. She challenges the status quo with elegance and sophistication.

“Nawazuddin Siddiqui for his fearless portrayal of darker characters that exist in a society with complete dedication.

“Also for bringing a more detailed vision of just how far Indian cinema can go when the glamour is stripped down to pure passion in acting.

“Tom Hanks and Helen Bonham Carter are absolute legends, taking any role and making them so effortlessly theirs with versatility and grace. I’ll stop now shall I!”

As mentioned, Medhavi Patel has various inspirations that led her into theatre and acting. One of the main elements each of these figures share is their passion for a better society.

Elements such as these are the factors that lead her to enjoy acting in theatre. When stating what she enjoys about theatre, she says:

“I enjoy the process of finding new elements of a character each time I perform. I enjoy creating a small window of escapism for the audience from everything outside of the theatre space.”

Diversity is also something Patel is passionate about, trying to re-tell the stories of those of a different race and ethnicity. She said:

“I enjoy providing a space for diverse storytelling and connecting through an array of emotions and experience. Theatre is where it all begins I believe.” 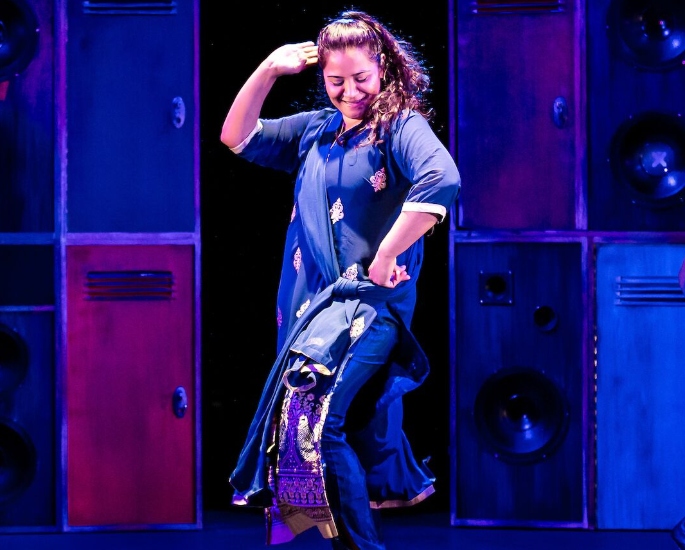 It is often difficult to link Asian women with theatre and acting. They are sometimes disregarded by the British Asian community.

However, Medhavi Patel wants to be able to change this perception. She speaks about the challenges she faces being a female British Asian actor. She expresses:

“Balance comes to mind, it is often difficult to encounter roles which aren’t subservient or playing to judgement or stereotypes.

“On some level, the above has to exist, however, there are so many more stories to be told without leaning on the very obvious picture of Asian women that has been painted in society and mainstream media.”

Medhavi Patel then goes on to talk about change and looking to the future. It is important to understand that perspectives are changing as generations are changing. Patel says:

“Although this is changing and shifting, I feel we still have a long way to go. I want to see and hear more stories being told from the perspective of British Asians.

“On another note, we are indeed in an era where more performers are creating their own work and this is very exciting. This not only creates more opportunities for one another whilst developing skills and widening networks.

“But it also challenges the hierarchical structures that have slowed or even stopped much-needed progress in the past.”

Fighting your struggles in the British Asian community is a major factor as there will always be obstacles in your way. It is hard to be yourself and express your character in such a judgemental, finger-pointing community.

Medhavi Patel expresses her concerns about the typical British Asian community and how the play correlates British Asian life for her. She states:

“Firstly, any British Asian would be outright lying if they said they didn’t have at least one item in their household covered in plastic. So let’s get that out of the way!

“There’s a big shift required in Asian society when stigmatising someone’s difficulties. Whether it be a disability or a life choice. There’s an undercurrent of fighting this struggle throughout the play which I feel needs highlighting.

“There is a freedom in making a choice for yourself despite the taunts of one’s community. This is something I and so many other British Asians have most likely struggled with on many levels.” 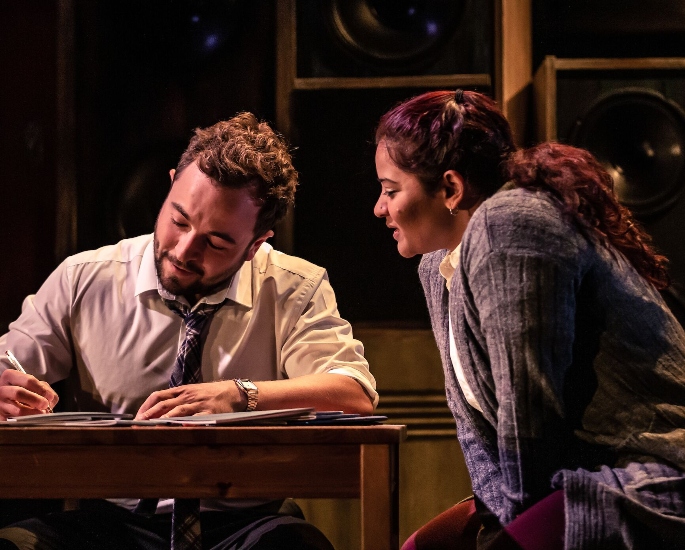 After being a major hit in the theatre, Mushy: Lyrically Speaking (2019) went on to be streamed online on February 7, 2020. 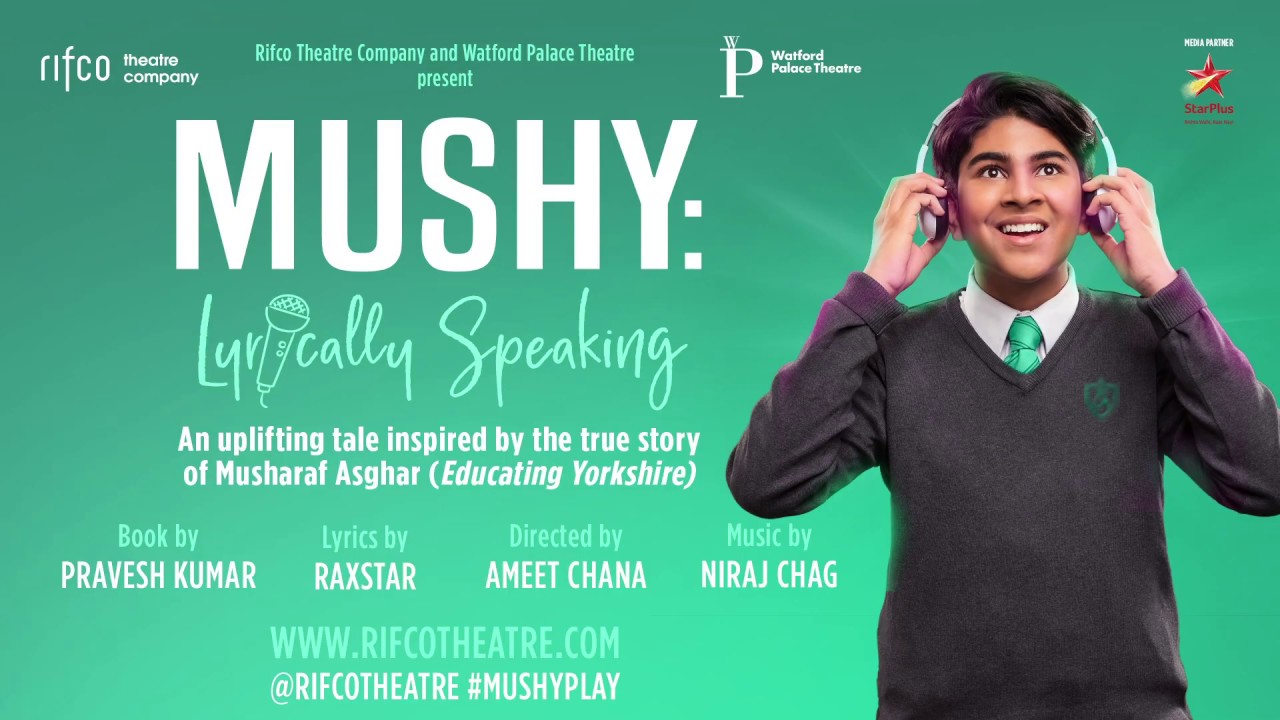 As well as Medhavi Patel, several talented actors also played a role in the performance. These include Varun Raj who played the lead role of Mushy and Oliver Longstaff as his supportive teacher, Mr Matthew Burton.

Ameet Chana is the director of this exquisite production as well as previously directing Pyar Actually (2018).

Medhavi Patel is a British Asian theatre performer who is creating her mark in the industry. The representation of British Asian women in theatre and acting has many changes to come.

With the help of empowering women like Medhavi Patel, the perception of women and British Asians in theatre will surely progress.

Images courtesy of Carl Davis and The Other Richard