Children’s author Serena Patel speaks exclusively to DESIblitz about her literature journey, the lack of diversity in writing and much more.

"Books are mirrors for children, a reflection of their own lives"

Children’s author Serena Patel takes readers on a journey of mystery and mayhem through her captivating children’s books.

Publishing her first book in 2020, ‘Anisha, Accidental Detective’ revolves around family, friends and a lot of mystery. There’s even a lobster in it!

Serena’s writing journey stemmed from her interest in reading from a young age. She was able to escape from reality and go on fascinating adventures in which she met new people.

However, Serena highlights the lack of diversity in children’s literature. Through her work, she wishes to create characters which the BAME community can also relate to.

After the success of her first book, Serena is working on a second book which will surely match the mystery and mayhem of its prequel.

Speaking exclusively to DESIblitz, Serena Patel gives us an insight into her literature journey, her future endeavours and ambitions. 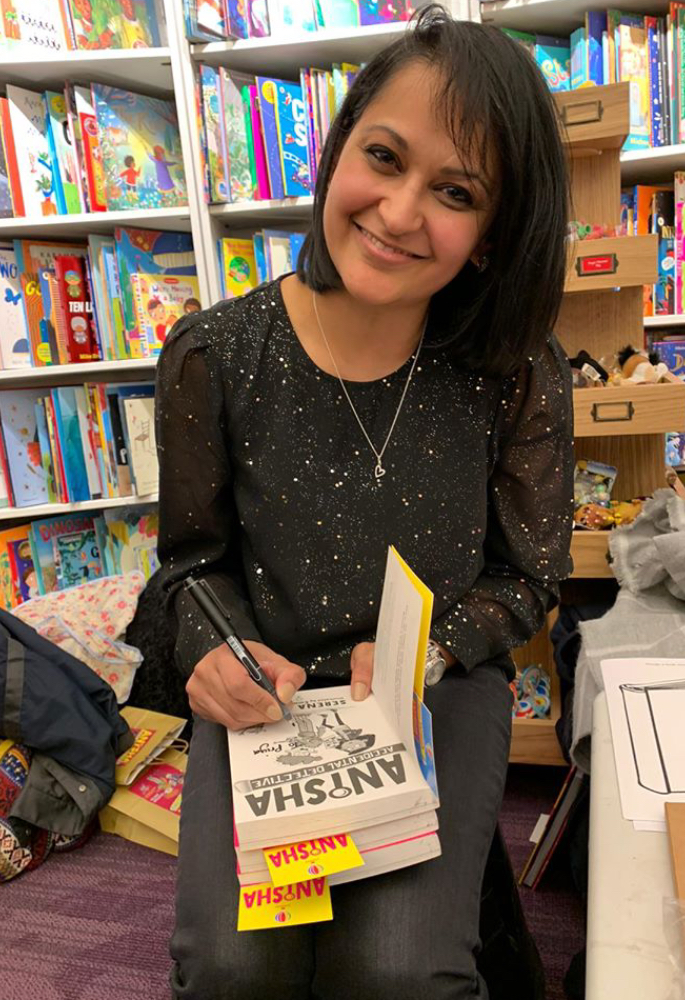 Before explaining what attracted her to writing children’s books, Serena Patel revealed what her background was like.

“I was born in and have mostly lived in the Midlands all my life apart from a short spell living in London.

“I’m of mixed Indian heritage, Gujarati and Punjabi which always made me feel a bit of an outsider growing up.

“I went to secondary school in Birmingham but left at sixteen although I went back to education later as an adult and studied Marketing.”

Serena continued to speak about what prompted her to embark on her writing journey. She expressed:

“Writing has always been an outlet for me, a way to express myself even in difficult times. I think I came back to it when I had my own children because I wanted to create a legacy for them.”

Explaining what attracted her to children’s books, Serena recalls the fact that she was unable to connect with the characters in the books she read while growing up. She said:

“When I was growing up, I loved to read. It was my escape. But as an adult, I’ve realised there were no characters who looked like me in those books. How much more validated would I have felt if there had been?

“I went to an all-white primary school. I was the only child of colour in the entire school. If there had been a book like ‘Anisha’ (2020) back then would I have been less othered by my classmates?

“Would they have felt more empathy? Books are mirrors for children, a reflection of their own lives but also windows into other worlds, other lived experiences.

“This is so important and I’m very proud to have the chance to write for children.”

Developing ideas for a book can be a time-consuming task. We asked Serena how long it took her to develop her ideas for her children’s books. She said:

“From start to published book it has taken about 4 years. After my son was born, I started to write and keep post-it notes of scribbled thoughts in a folder. Eventually, I realised if I wanted to do something serious about it I needed help.

“Which is how I found Golden Egg Academy on a google search. I sent them a sample of my work and they accepted me on to the Foundations course.

“It was a turning point. Suddenly, I had feedback on my writing, real guidance to turn those erratic thoughts and ideas into something coherent. Whilst I was on the Golden Egg course, I submitted to the Undiscovered Voices competition.

“I never expected to be longlisted let alone selected as a finalist for the anthology. This catapulted my journey forward at a remarkable rate because now I was on the radar of agents and publishers.

“I had requests for the full manuscript (which I hadn’t finished yet!) It was a wonderful but daunting time. Once I had my agent Kate Shaw things moved even more quickly.

“We were finishing the manuscript, polishing it for submission and then off it went with a four-week deadline attached for any offers. I got four in the end which was totally surreal.

“In the end, I went with my heart and it was the right thing to do. My journey has been a rollercoaster as I’m sure it is for many writers.

“But the Undiscovered Voices competition really helped to make it happen and for that, I’m forever grateful.” 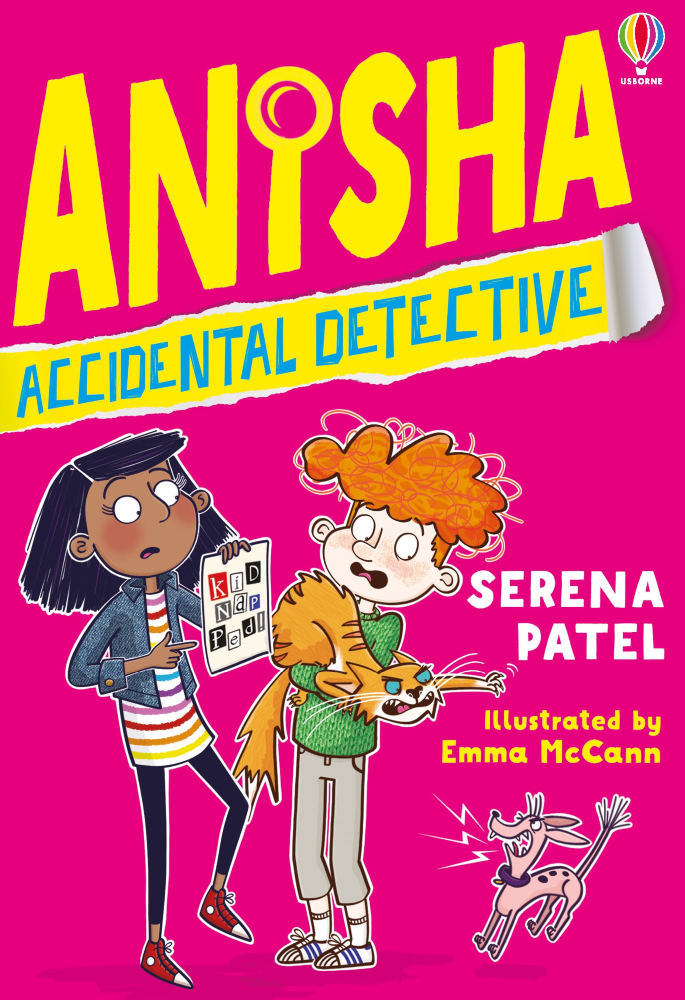 Once a book has been written, the next task of trying to get your book published can be quite challenging for some.

Serena opened up about her experience. She explained:

“I was very fortunate and met some wonderful people on my journey who really believed in this series. I started off writing by myself but soon realised I need some help with the actual craft of writing.

“That led me to The Golden Egg Academy who works with writers looking to get published. During my time with GEA, I applied to the SCWBI Undiscovered Voices competition.

“This is a two-yearly contest which looks for unpublished writers and selects ten of the best for an anthology. To my surprise, I was one of the ten!

“The anthology is circulated to agents and publishers. This was an exciting but nerve-wracking time as I chose an agent and later a publisher.

“I was very lucky to end up in an auction situation and signed with Usborne in the summer of 2018.”

We asked Serena about her experience as an Asian woman writer. She explained:

“It’s bewildering and feels like a huge responsibility sometimes as there are not many of us especially in children’s publishing.

“Sometimes you worry you have to represent an entire culture and of course that’s impossible for one person to do. I feel very proud to have got to this place and really look forward to seeing where it takes me.”

Lack of Diversity in Book Publishing

According to the Centre for Literacy in Primary Education (CLPE), ethnic representation within UK Children’s Literature has seen little change.

The report explored the presence of BAME characters in children’s books published in 2018, compared to 2017.

We asked Serena Patel about the diversity in book publishing. She explained that there is, in fact, a lack of diversity in this domain. She believes “we can always do more.”

Serena continues to mention that “all children deserve to see themselves, their lives and cultures reflected in the books they read.”

As the report states, “there is still a long way to go to achieve representation that reflects the UK population.” 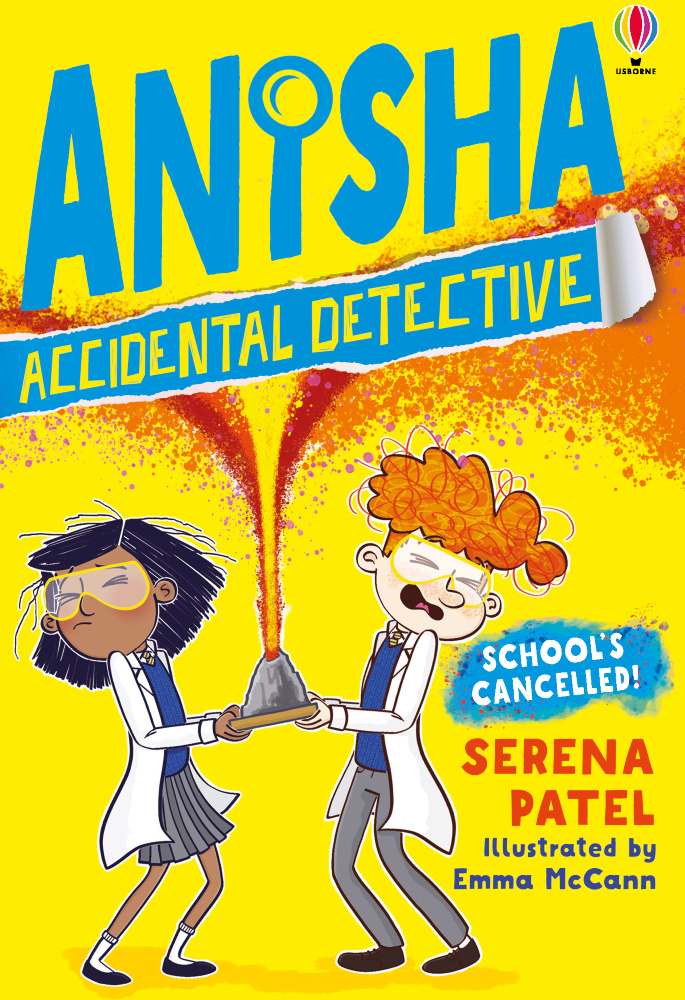 Understandably there are many aspiring British Asian authors. Serena Patel shared a message for these upcoming writers.

“Keep going, your stories matter and are very much needed. Rejection is not failure and publishing is very subjective.

“But it only takes one agent, one publisher to love your work. And be prepared, getting a publishing deal is not the finish line, it’s just the beginning!”

Asking Serena about her upcoming ventures, she said:

“Aside from that I’m playing with some new ideas for other books so watch this space.”

Serena Patel went on to speak about her ambitions. She said:

“I would love to see ‘Anisha’ published in different languages across the world and maybe even on the telly. I can dream!

“Mainly I’d love to just keep writing, it’s a privilege to be able to do it and I can carry on for many years to come.”

Serena Patel’s journey into the world of literature and children’s books is certainly inspiring. While there is a greater need for South Asian representation in literature, Serena’s contribution is praiseworthy.