Writers of colour are showing their creative talents more than ever. DESIblitz presents 5 unique Brit-Asian writers emerging onto the UK literary scene.

The UK publishing industry has often been criticised for its lack of regional, racial and social diversity. British Asian writers are one of the many groups marginalised by this imbalance.

A 2019 survey on diversity and inclusion, conducted by the UK Publishers Association, collected data from over 57 London publishing companies.

The study revealed the majority of the industry’s employees to be white, middle-class, and from South East England.

Out of 12,702 employees, only 11% of respondents identified as BAME, a figure markedly lower than the 40% capital average.

A survey of BAME interns who had entered the publishing world revealed that 55% of participants felt the industry was not inclusive towards people from different backgrounds.

The less diverse a publishing company’s workforce, the less likely that company is to support a diverse range of writers.

Managing a successful career in an industry as competitive as publishing is notoriously difficult.

Coupled with the rapidly changing book market and the often-exclusive attitude of traditional publishers, many writers from disadvantaged backgrounds are discouraged from stepping into the publishing world.

However, the stunning work of many British Asian writers has shown that, despite the difficulties, they are more than up to the challenge. 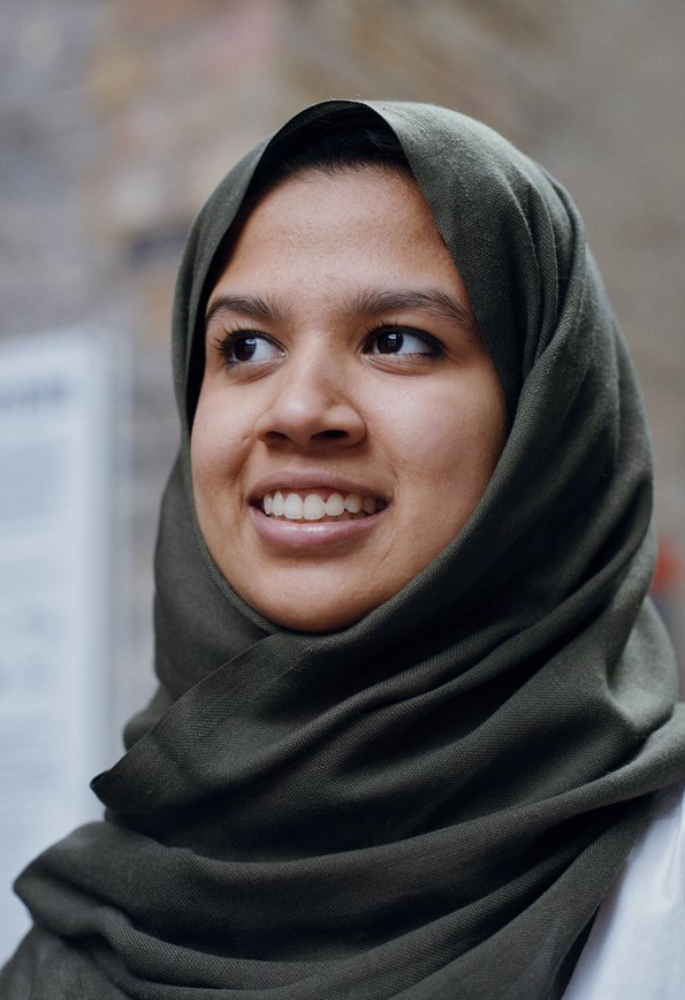 Fathima Zahra is one of the many young British Asian writers well on the way to literary success, even in the early stages of her writing career.

Based in Essex, she has won an array of international prizes. These include the Wells Festival of Literature Young Poets Prize and the prestigious Bridport Prize.

In the latter, her poem ‘Things I wish I could trade my headscarf for’ bested almost 4,000 competing entries. 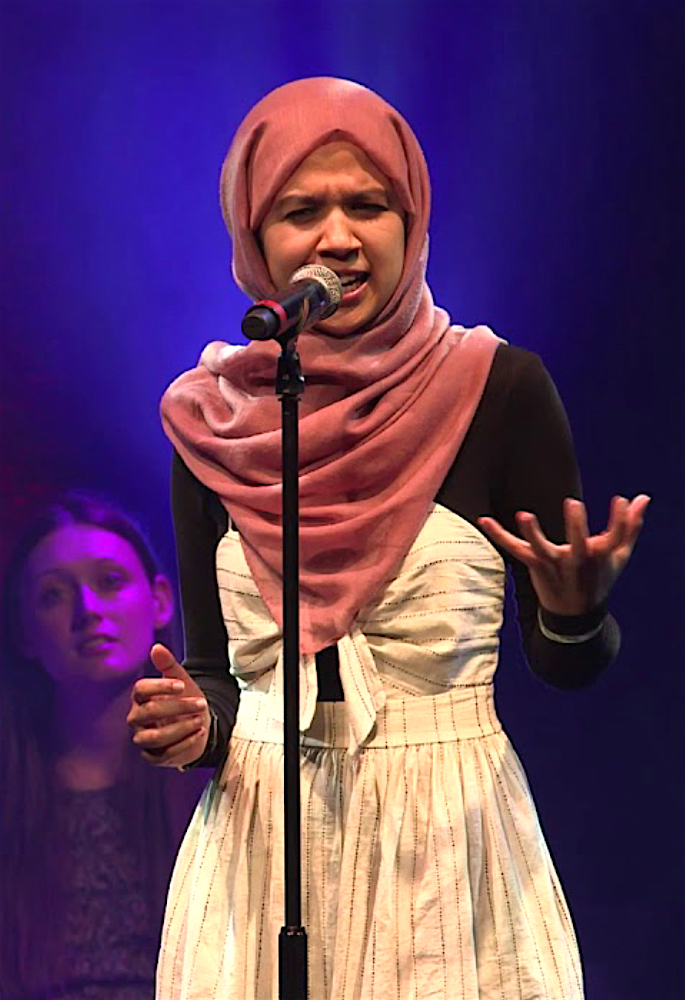 In 2019, she won the Asia House Poetry Slam, a London-based competition featuring spoken word artists writing about Asia and the diaspora.

She migrated with her family from Jeddah, Saudi Arabia to a small town in Essex, in which she is one of the few Muslim inhabitants. Her poems explore the meaning of belonging to a diasporic community.

Nii Parkes describes one of her winning pieces as “a remarkably deceptive poem, simple but complex.”

Poet Joanna Harker Shaw recognises Zahra as a poet who “has something deceptively simple but incredibly important to say.”

Her debut pamphlet ‘Datepalm Ghazals’ was published in June 2020.

In the meantime, a few of her poems can be read on the Young Poets Network site here. 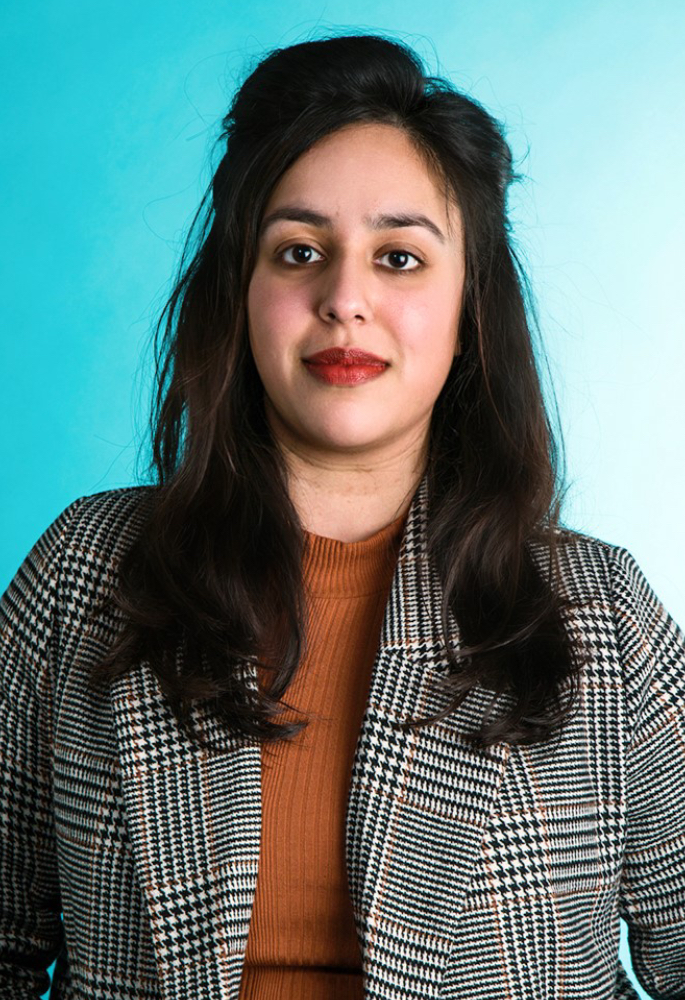 At the age of 27, Sairish Hussain has already achieved considerable academic and literary success.

Born and raised in Bradford, she represents the minority of British Asian writers living in the north of England, far from the publishing industry’s central hub.

She has an MA in Creative Writing from the University of Huddersfield. After being awarded the Vice-Chancellor’s Scholarship, she completed her PhD.

Her first novel ‘The Family Tree’ was published in February 2020.

Set in the British Pakistani community of her hometown, it offers a deeply emotional portrayal of a working-class family as they struggle to maintain their family bond in the face of adversity.

True to her title, Hussain follows the diverging, multigenerational branches of a family tree. “Your roots can always lead you home,” quotes the front cover. 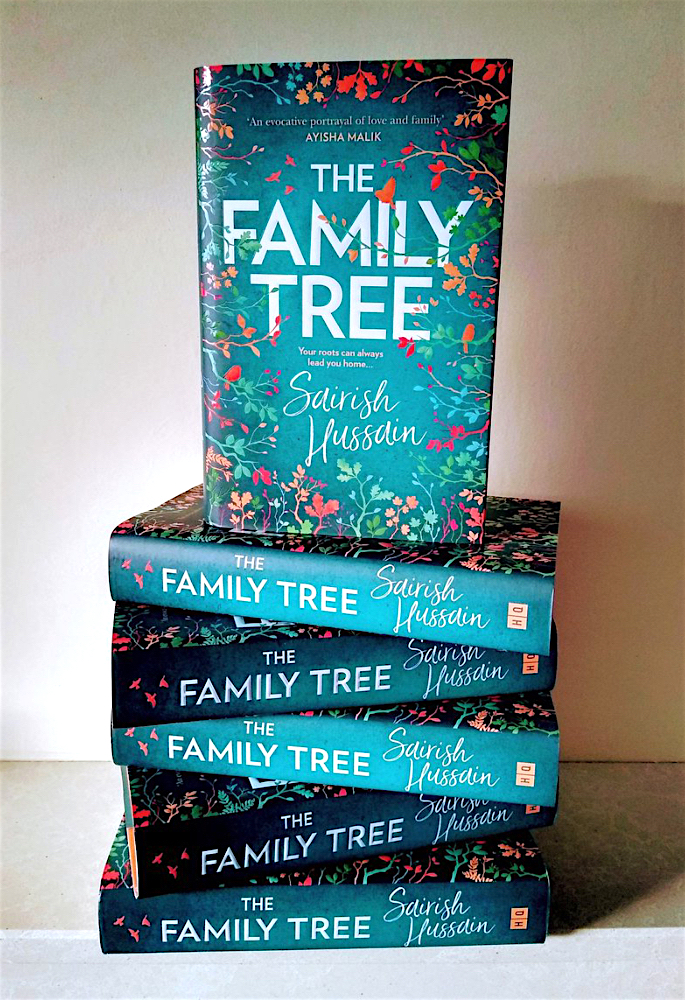 ‘The Family Tree’ (2020) is more than an uplifting family story; it also tackles issues of race that lies beneath the social surface.

Hussain uses her voice to counter the racism of Muslim stereotypes, a dehumanisation she says she has felt from the age of 8.

She describes how the September 11 attacks left a wake of racial discrimination that is very much present in British culture almost 20 years later.

British Asian writers are thus often pigeonholed into depicting one-dimensional characters that only reflect the biased representations of South Asians in media.

Hussain was highly conscious of this imbalance while writing ‘The Family Tree’ (2020). She said:

“The primary concerns of people of colour on a day-to-day basis are not just racism, colonialism and radicalisation. Life happens to us too.”

‘The Family Tree’ (2020) is widely available in all UK major bookshops. Hussain has already begun working on a second novel. 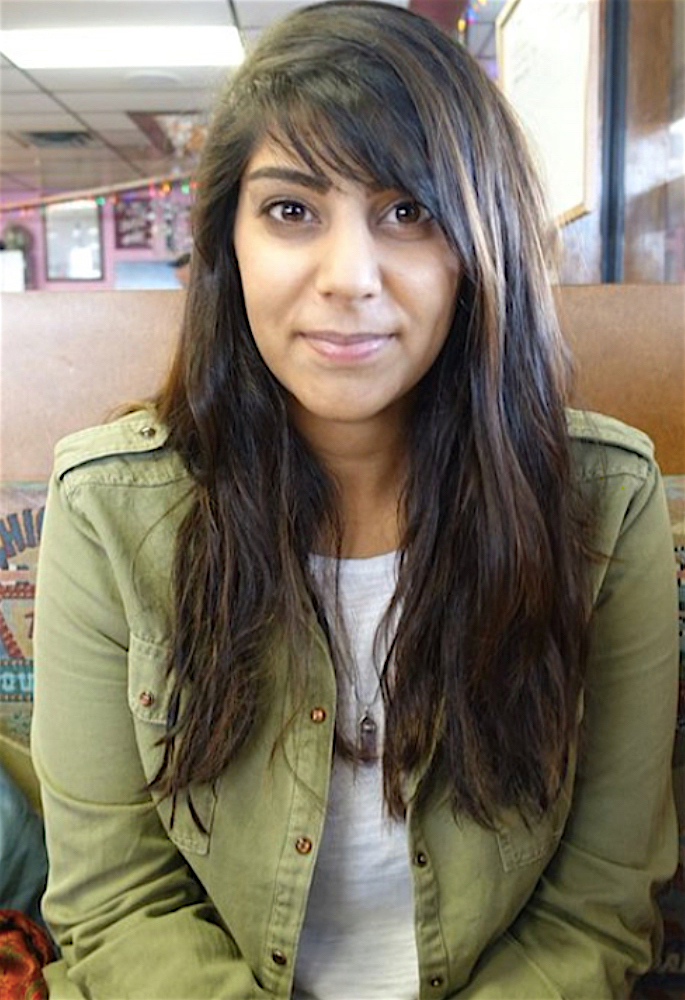 Alycia Pirmohamed is a poet and PhD student at the University of Edinburgh. She is also studying poetry written by second-generation immigrants.

Her work has been selected for multiple prizes. These include the CBC Poetry Prize, the Ploughshares Emerging Writer’s Contest and the Sawti Poetry Prize in English.

She was also given a Royal Society of Literature Award and an Open Project Grant from Creative Scotland as co-founder and director of the Scottish BAME Writers Network.

In Spring 2020, she released her second chapbook ‘Hinge’ which was nominated by the Poetry Book Society as the Summer 2020 Pamphlet Choice. 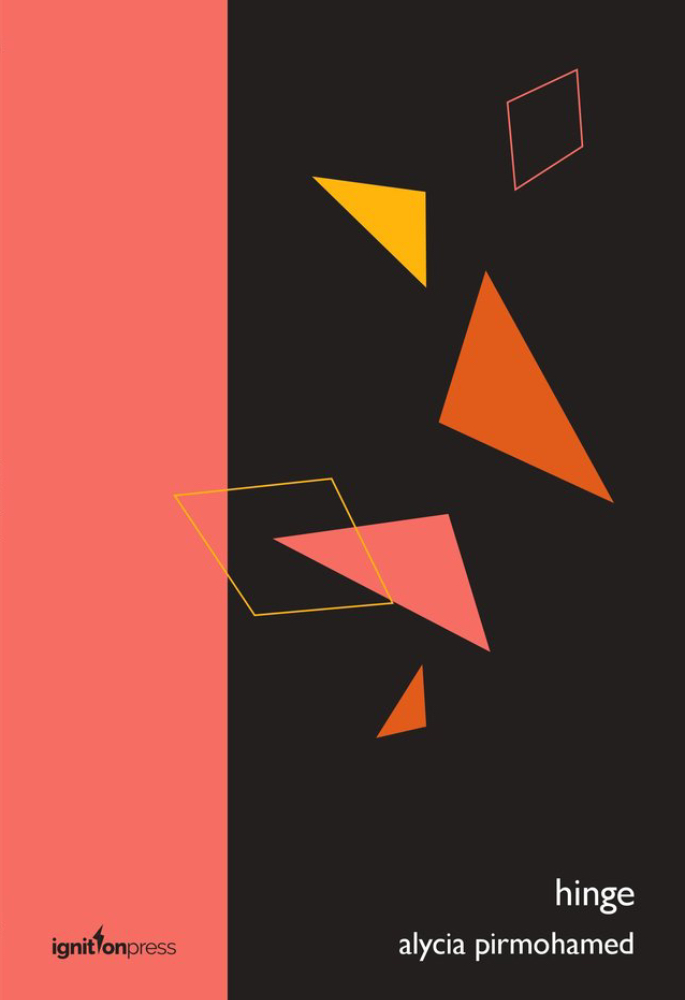 Pirmohamed’s writing is elegant and exquisite, often surreal in style and revolving around the recurring themes of nature, prayer and national identity.

“I suppose I am always writing in relation to nation, and its borders,” she says in an interview with Bhanu Kapil, one of many established British Asian writers in the contemporary literary scene.

Pirmohamed describes how her poetry considers how national spaces are “fraught and fractured, and then held together, by strangeness and familiarity.”

Writers like Rupi Kaur and Nikita Gill have greatly contributed to South Asian poetry’s established position on the literary map.

Pirmohamed joins their ranks, paving the way for future British Asian writers to express their identity through the unique medium of verse. 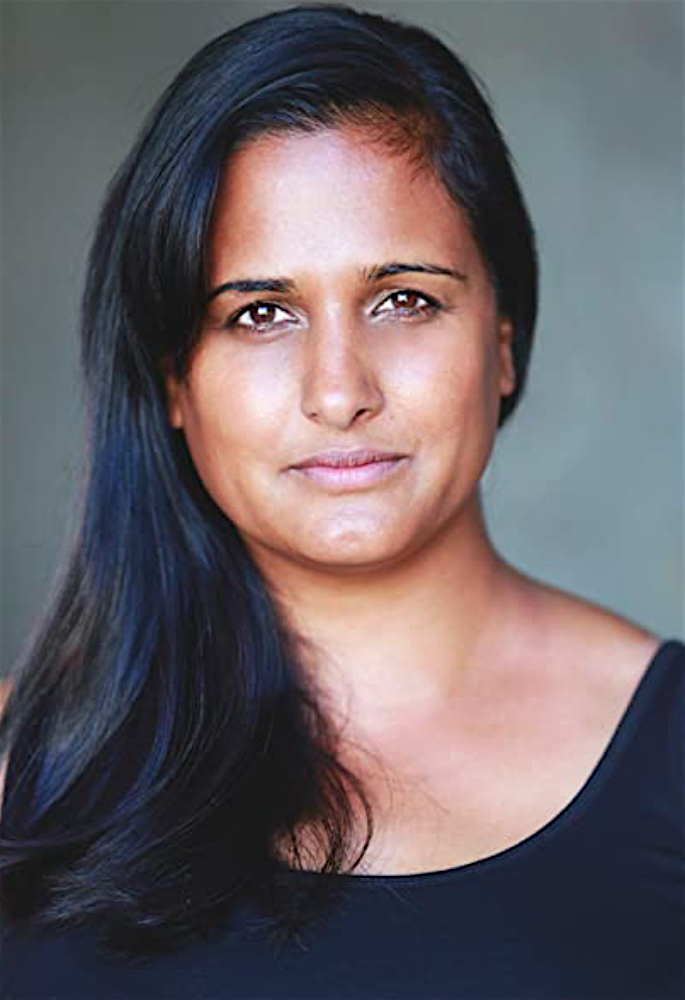 Among the ever-growing collective of British Asian writers is Manjeet Mann, an artist of tremendously diverse talent.

She is an actress, playwright, screenwriter, director and since the release of her first novel in March 2020, a highly praised writer.

Her film work has graced the stages of the BBC, The Birmingham Rep and Hackney Showrooms.

She is also a skilled sportswoman, trained in boxing, Pilates, marathon-running and swimming.

Mann has combined her love of sports with her passion for theatre to help bring about social change.

In 2018, she founded Run The World. It is a not-for-profit organisation that empowers women and girls from marginalised backgrounds through sport and storytelling. 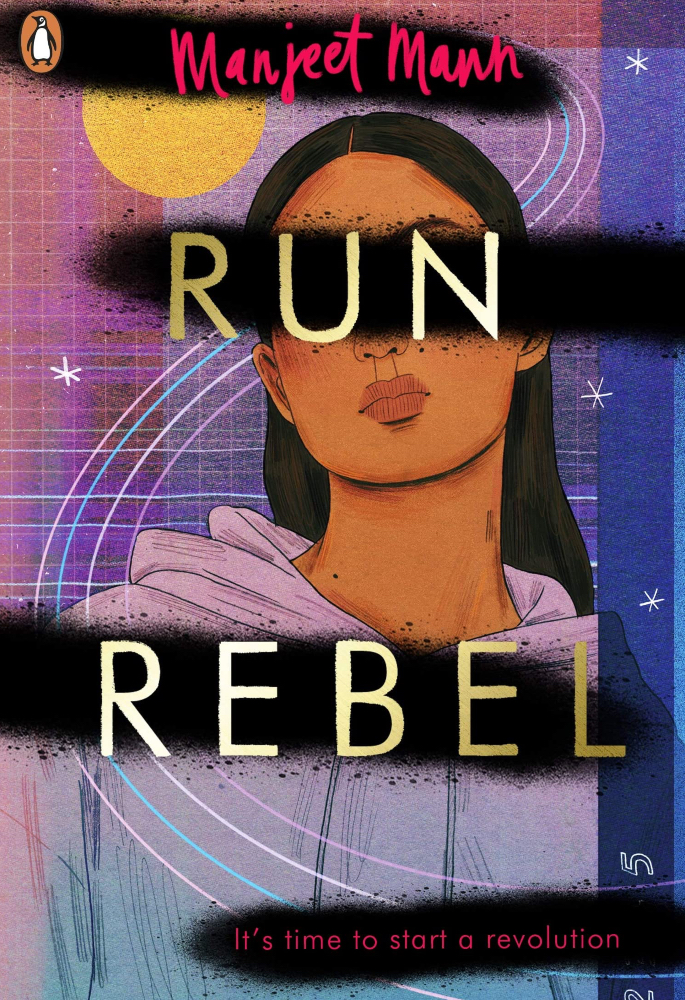 It follows the life of Amber, a young Punjabi girl who, through running, finds freedom from the claustrophobia of cultural rules at home.

It was listed by The Guardian as one of the best books of 2020 so far:

“Mann’s brilliant, coruscating verse novel lays out the anatomy of Amber’s revolution, and the tentative first flowerings of hope and change.”

As a verse novel, ‘Run Rebel’ (2020) blurs the boundary between poetry and prose. Mann articulates her story with a series of engaging, fast-paced poems that drive the plot forward as Amber runs towards an empowered future. 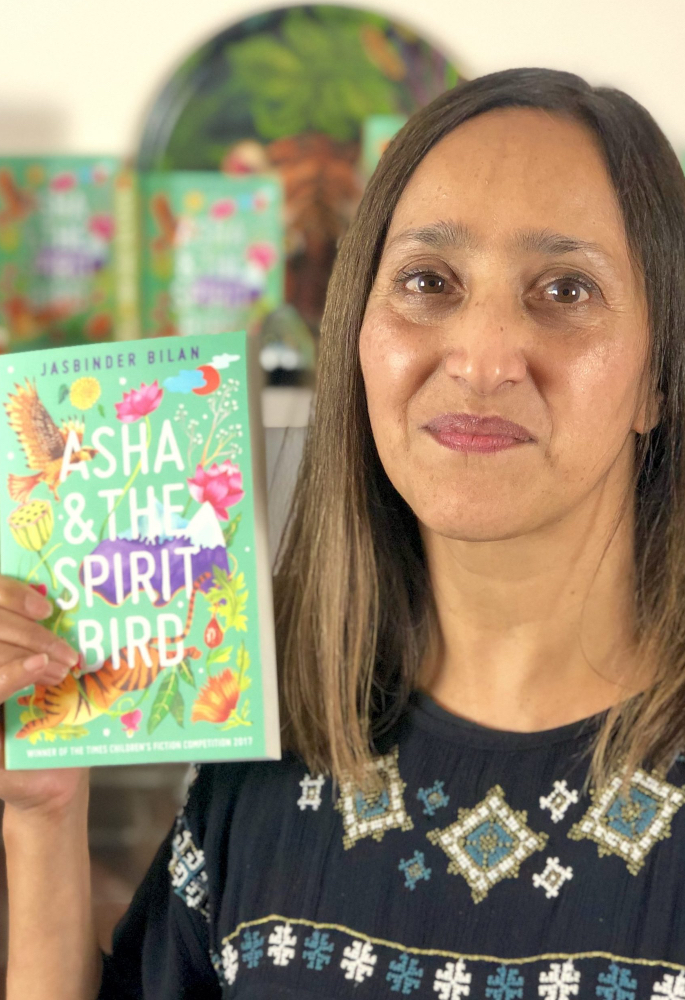 Jasbinder Bilan is also one of many British Asian writers catering for younger audiences.

As well as a writer she is a teacher and mother of two sons. In 2019, she published her debut children’s book ‘Asha and The Spirit Bird.’

The adventure story follows 11-year-old Asha as she journeys through the Himalayas. She is guided by a majestic bird who she believes to be the spirit of her grandmother.

Bilan draws from family folklore, in particular, the stories of her grandmother, who she was always very close to. Through her magical writing, she shares the beauty of Hindu mythology and nature with young British audiences. 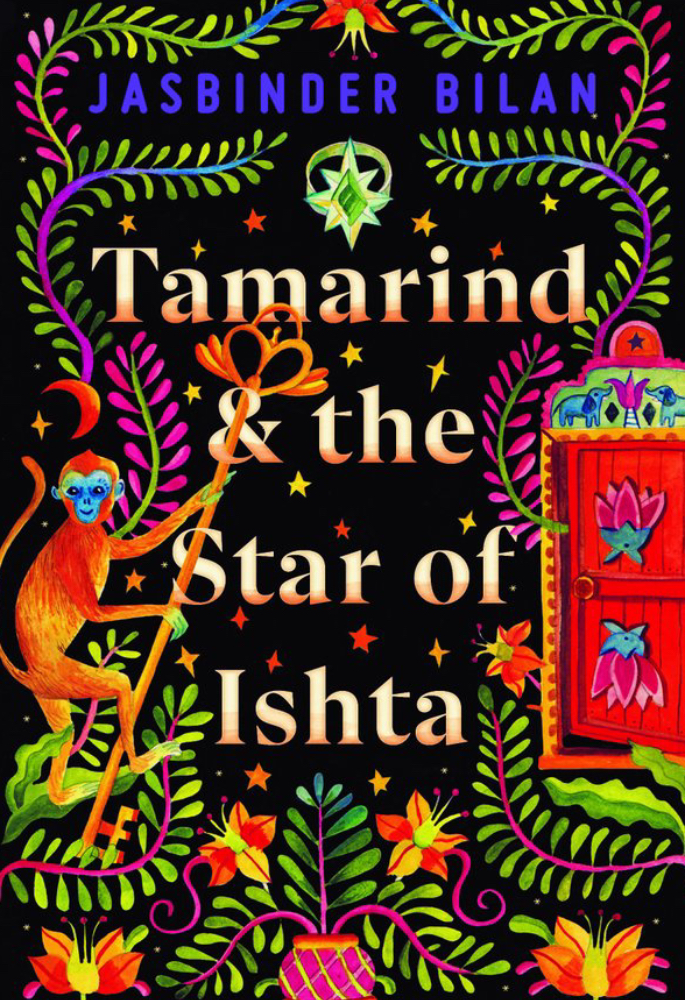 ‘Tamarind And The Star of Ishta’ (2020) depicts a young protagonist visiting her ancestral home in India for the first time. It is due to be released in September 2020.

Bilan’s captivating books are stunning both visually and lyrically. They are perfect as stories to encourage British Asian children to reconnect with their cultural past.

In response to the lack of cultural diversity in Britain’s publishing industry, and especially in light of the Black Lives Matter movement, major UK publishers are implementing policies that aim to provide more opportunities for writers of colour.

These five British Asian writers belong to varying professional, cultural and literary backgrounds. Each one of them has seen tremendous success in their early writing careers.

These trailblazers are on their way to even bigger and brighter things. All the while they are redefining and expanding the representation of British Asians in contemporary media.

Be it through poetry, prose or spoken word; each wields the force of literature as a powerful tool for cultural understanding and equality.

Aayushi is an English Literature graduate and published writer with a penchant for pithy metaphors. She enjoys reading and writing about the small joys in life: poetry, music, family and wellbeing. Her motto is 'Find joy in the ordinary.'
10 Best Indian Cave Paintings
10 Best Indian Fantasy Fiction and Sci-Fi Books to Read