Ameet Chana is an actor who made his directorial debut with Mushy: Lyrically Speaking. He chats to DESIblitz about the experience, diversity and more.

"it allowed me to really get to grips with my process"

The rap infused play is based on the life of Musharaf Asghar who is known for being on Educating Yorkshire.

The play follows Musharaf, known as Mushy, as he overcame his severe stammer with the help of his encouraging teacher Mr Burton.

The play also showed what happened after the teenager’s achievement, something which many people did not know about.

Audience members got to see the highs and lows that Mushy experienced.

While Varun Raj and Medhavi Patel starred in leading roles, essaying the respective roles of Mushy and Mushy’s Ammi (mother), Ameet Chana was the creative mind who brought Mushy’s story to life on stage.

The play was acclaimed but it is surprising to know that it was Ameet’s directorial theatre debut. He is primarily known as an actor and has featured in numerous films and television shows.

Ameet is also a presenter on BBC Asian Network, working on the Bhangra-heavy Breakdown Show.

DESIblitz exclusively spoke to Ameet Chana about the challenges he faced in his directorial debut, how he found the experience and ethnic diversity within theatre.

Mushy: Lyrically Speaking is your directorial debut, how challenging was it? 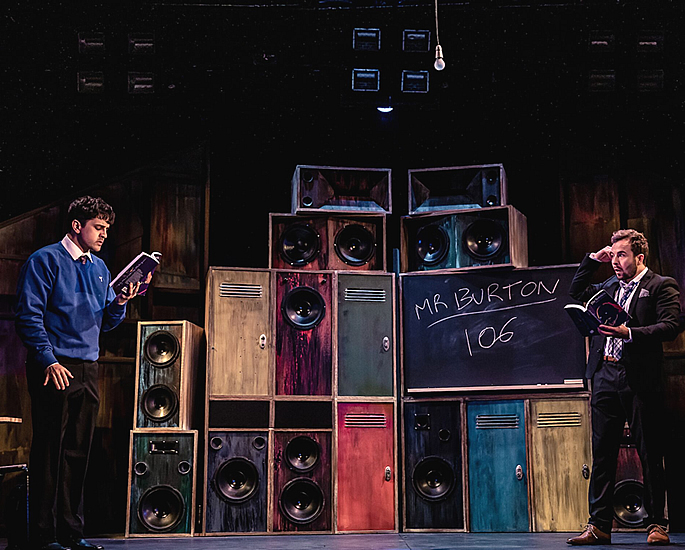 Making your directorial debut may seem daunting but for Ameet, he was fortunate to take part in several development workshops. He said:

“I guess I was lucky to have had the opportunity to direct a few development workshops for Rifco prior to Mushy coming to fruition.

“Having first worked on Pyar Actually which was written and performed by Sukh Ojla and directing a few short pieces of new writing for the British Asian Festival it didn’t feel so pressured and ‘brand new’ once we got into the rehearsal room for Mushy.

“I was also fortunate that we had the luxury of two or three development workshops for Mushy before it was staged so it allowed me to really get to grips with my process, approach and vision.

“It also helped that I had the support of Pravesh Kumar’s (Artistic Director, Rifco Theatre Company) experience, the Rifco team and the brilliant cast of Mushy which made it a great first-time experience for me.”

Compared to being an actor and presenter, what was most enjoyable being a director?

Ameet Chana has worked as an actor and presenter but as a director, he revealed that he enjoyed the opportunity to create something. He explained:

“I guess the most enjoyable experience was being part of creating something from scratch.”

He went on to recall the process of meeting Mushy and Mr Burton as well as bringing in other creative minds to bring the production to life.

“From Pravesh having the initial idea and instigating the first round of meetings with the real Mushy and Mr Burton to developing the story and script over the space of 12 months.

“Then bringing Raxstar in to work on the lyrical content and feel of Mushy’s ‘inner voice’ and then getting Niraj Chag on board for the music element and discussing the vibe and sonics of each musical moment whether it was for a full-blown track or scored accompaniment under scenes.

“Then, of course, the coming together of those elements in a room with actors bringing it all to life in a very short rehearsal period is just the most mind-bogglingly satisfying thing and then putting it all in front of an audience is the single most nerve-wracking thing in the world-something I’ve never felt as an actor!!!” 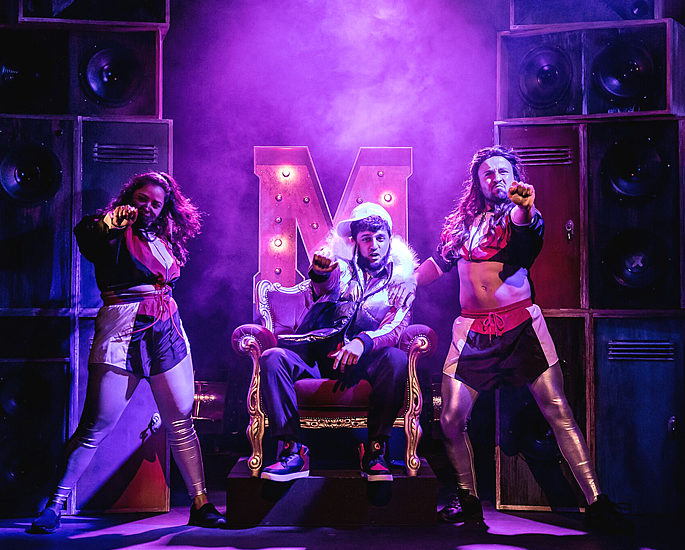 The acclaimed play toured in Autumn 2019 and according to Ameet Chana, Mushy: Lyrically Speaking is for everyone.

“I think the great thing about Mushy is that it really is for everyone.

“It may be a story about a young British Pakistani kid from Dewsbury with a stammer but his experiences, frustrations, rises and falls are all so relatable and universal.”

Ameet went on to say that people can watch it from home thanks to the play being digitally streamed.

“Also, it’s not often that we get to see ‘ourselves’ represented on the stage in this way that deals with issues within the community through entertainment, which is something that Rifco does so brilliantly-championing authentic British South Asian voices, stories and experiences, AND with Mushy: Lyrically Speaking being digitally streamed through social media, we get to watch the entire show from the comfort of your own sofa, bed or anywhere else we like to consume entertainment!”

What is your view on ethnic diversity in theatre – is it getting better or worse?

Away from his directorial success, Ameet gave his opinion on whether ethnic diversity in theatre has improved or worsened.

“It’s definitely getting better in terms of the talent on stage but the lack of pathways for creative people such as writers, directors, theatre-makers from British South Asian backgrounds is still so limited.

“There are only a handful of companies that currently champion our voices and only a small amount of venues around the country that are willing to take the ‘risk’ of programming content that is outside their usual ‘crowd-pleasing’ shows.

“What we need is more people of colour in decision making roles so that the playing field becomes more equal for, quite simply, good quality writing that tells personal stories and experiences with universal themes through an evening of entertainment.

“This is exactly why the Rifco Associates programme was set up a few years ago to address the lack of opportunities.”

“In the last 12 months or so that I have been a part of the process it is really clear that writers of South Asian heritage recognise the importance of why the Rifco Associates programme and Rifco as a company exists.”

How do we get more British Asians going to the theatre? 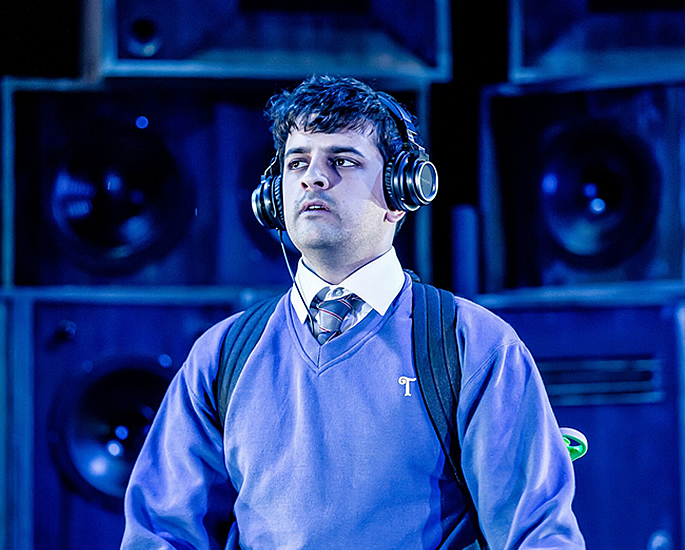 Ameet also gave his views on how to get more British Asian theatregoers.

“Well, I think it is all about telling stories and creating characters that people recognise and are able to connect with.”

“I have met so many Brit-Asian audience members that come to Rifco shows and tell us that they had never been to the theatre before or that since going to see Rifco shows they have now started to venture further afield and watch other shows in other theatres and make trips to watch commercial west-end shows.

“It’s about making people feel welcome, seeing ‘themselves’ on stage and letting them know that the theatre is for them and not just the traditional theatregoers.”

Ameet Chana is an example of how multitalented British Asians are within the creative industry.

Following the success of Mushy: Lyrically Speaking, we may see more British Asian people on stage and in the audience in the future.

Dhiren is a journalism graduate with a passion for gaming, watching films and sports. He also enjoys cooking from time to time. His motto is to “Live life one day at a time.”
Medhavi Patel talks British Asian Women in Theatre & Diversity
Inspiring Author Saz Vora talks Culture, Caste & Depression