Kuldeep Singh Chana is a pilot turned amateur bodybuilder. He exclusively chats to DESIblitz about his career, stress and racism.

"They told him he had to take his turban off before going on stage."

Kuldeep Singh Chana is an amateur bodybuilder from England. He competes in shows organised by the United Kingdom Bodybuilding and Fitness Federation (UKBFF).

With the Londoner being a commercial pilot, he is widely familiar as The Flying Turban in the bodybuilding fraternity. To his family and friends, he is also fondly known as ‘Rajay.’

Despite having a short resume, Kuldeep has already won some shows, along with successfully combating stress and mental health issues.

In a very short space of time, he has also witnessed racism within the sport.

His biggest accomplishment came at the 2019 British Finals qualifier show. Kuldeep was in the best condition of his life, winning by leaps and bounds. 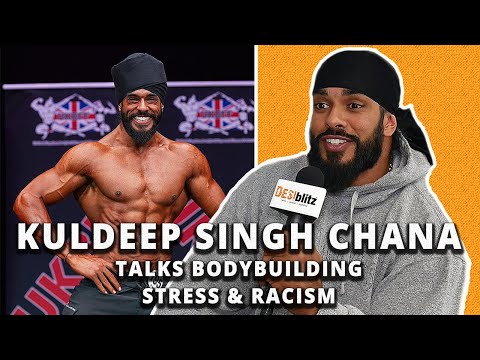 He was unable to compete in the 2019 British Finals. This is because it was scheduled on the same weekend as his marriage.

Besides, he has competed at the English Grand Prix and qualifier for the Arnold Classics.

In an exclusive conversation with DESIblitz, Kuldeep Singh Chana opens about bodybuilding as well as some of the challenges he has faced along the way. 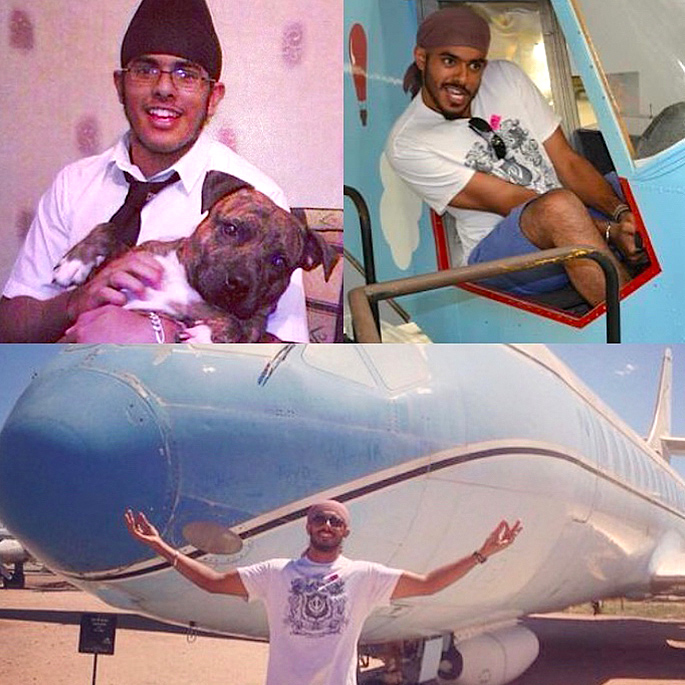 Kuldeep Singh Chana had a very interesting early life. According to Kuldeep, his birthplace was West London. It is here that he spent much of his younger days.

Kuldeep says his early education was in Southall, along with attending high school around the same area.

Kuldeep mentions in the midst of high school, he briefly shifted to Canada with his family before returning home.

After finishing high school in the UK, for the next six years he went onto attend university and flying school:

“And before going on to flight school, Oxford Aviation Academy and did my three years there as well.”

Kuldeep admits he was lucky to have parents that made him do sports from an early age. Speaking about this and the beginning of a change, Kuldeep said:

“My parents put us into sports very young. So I started karate at the age of six – Ko Jo Kai. I continued with that up till the age of nineteen.

“So, there was a sports training element from the start. And then I was very fortunate with the people that I was around, in the gym environment.

“They were there to help. The right crowd helps you mould into the right direction. So, that’s where that sort of started changing.”

He also took bodybuilding more seriously, after living in America and with martial arts taking a back seat:

“I lived down in Arizona while I was flying. I came back and the training got a bit more serious because I wasn’t doing the karate.

“So, I started doing the fitness side and learning about nutrition, dieting, training.”

His transition from education, to flying and then bodybuilding was simply amazing. 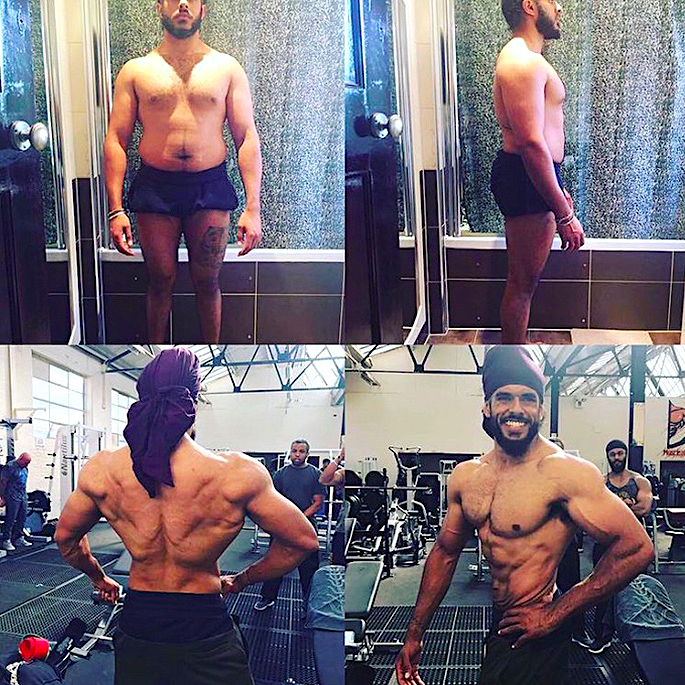 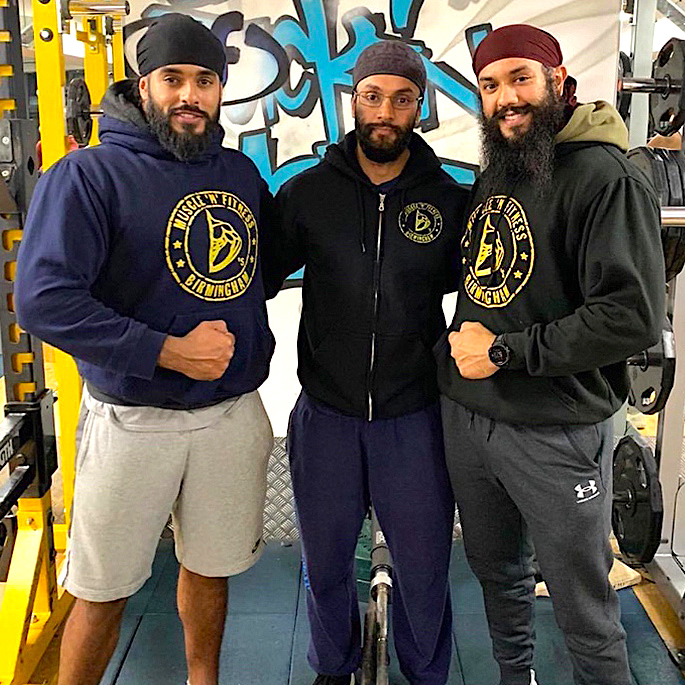 With the help of social media, Kuldeep has taken inspiration from several individuals from the bodybuilding world:

“So, the influences have been quite substantial from abroad. So, people like CT Fletcher, whose a world strict curl champion, who’s influential in terms of motivation training.

“The original ideas of looking at Dorian Yates, the mass monster, those sorts of people.”

Kuldeep expresses that later in his life, he got into fitness. This is after meeting classic bodybuilding champion Angad Singh Gahir.

Competing in the men’s physique category, Kuldeep acknowledges that he is following into the footsteps of his mentor Angad.

He claims all of the aforementioned names have strictly influenced him into bodybuilding. Besides Angad, he references a PCA bodybuilder on guiding him, especially with his training:

“The guidance is from people like Angad and Randeep Lotay and people like that who’ve been in the industry for a while.”

Kuldeep also names Angad as one of his favourite bodybuilders, saying:

“I have to give hats off to my coach Angad, with the condition that he brings to the stage.”

“There’s not a lot of people that are able to do what he does. And that’s what they give him credit for.”

Kuldeep rates Randeep as a favourite, particularly for bringing one of the greatest under 200, 2-pound conditions on stage.

It seems Kuldeep has and is continually learning from the very best. These bodybuilders are very inspirational to him. 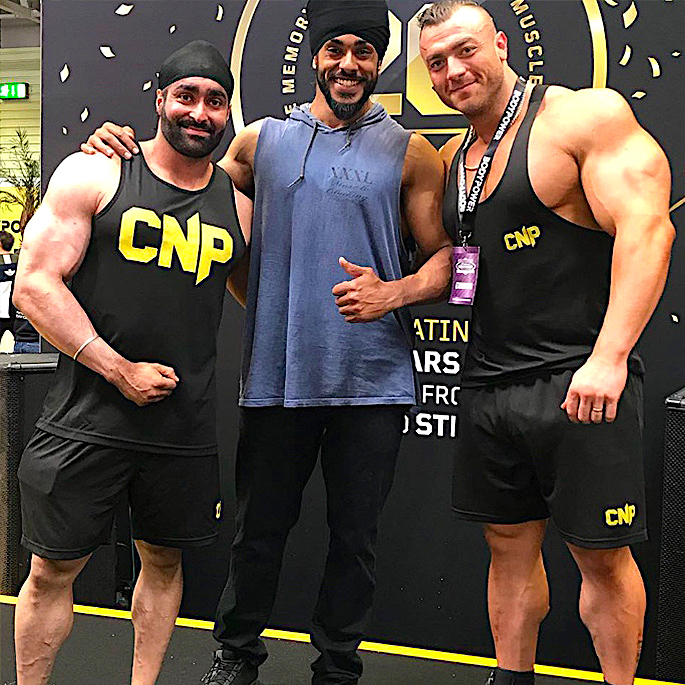 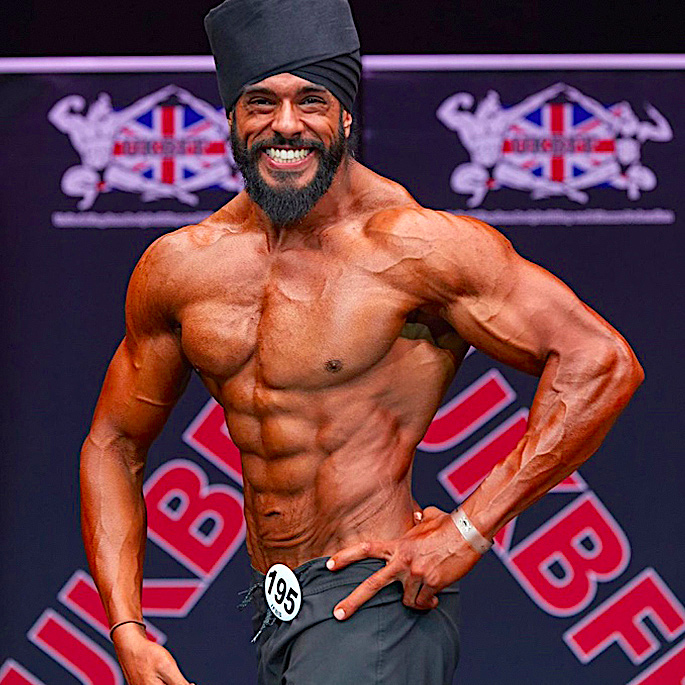 Kuldeep Singh Chana is an amateur level bodybuilder. He states it all began when attempting to prepare himself for the initial phase of his career:

“I started competing in 2016. That’s when I started prepping officially for a competition to say, ‘hey, look, I want to get to stage condition, get on and compete against other people’.”

After a minor injury, Kuldeep confirms that a year later he came back strongly to compete and win:

“We started again for the 2017 season. So, I did my first two shows. My first show was in September 2017 in Birmingham, Birmingham City Hall.

“And it was rookie men’s physique class. I won that category.”

Despite entering the British Finals, stress came into the equation, especially through external factors:

“So, with me, that first show, for example, we can use that because it was part of my life. I was flying at the time short-haul.

“So, I was stressed about the amount of physical pressure under the body.”

“Once you’re airborne your body’s pressurising, the change in temperatures, constantly back and forth.

“Getting ready for a show when your body’s that lean with that much water increase in deprivation of minerals and all the rest of it your body fluctuates quite a lot.”

He also points out the stresses that come from home:

“Every family has it. We’re Indian. Mom and dad got to keep them happy. They do not necessarily have an understanding of what you’re doing.”

Kuldeep said occasionally a “miscommunication” between his parents was “taken out of proportion.” This was adding to the stress.

Nevertheless, he advises in such a situation, ironing out any issues was the best way forward.

Kuldeep confesses that in hindsight, he probably made a mountain out of a molehill.

Kuldeep discloses that after gaining counselling from his sister who is a therapist and fine-tuning himself, he was quick to bounce back.

He told us that he was victorious at the September 2019 Midlands qualifier show for the British Finals. He attributes “muscle maturity definition” and reconditioning for his victory.

Kuldeep testifies that he did not participate in the British Finals. This is because it fell on the same weekend as his marriage. 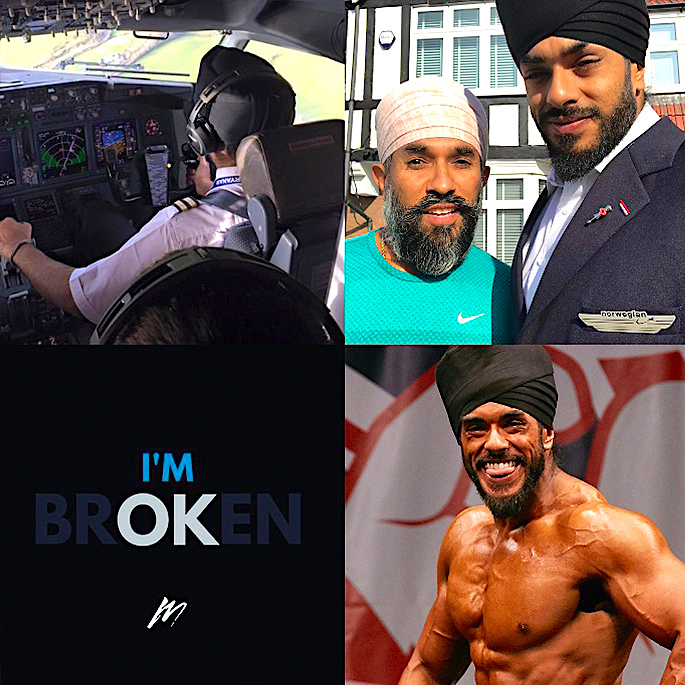 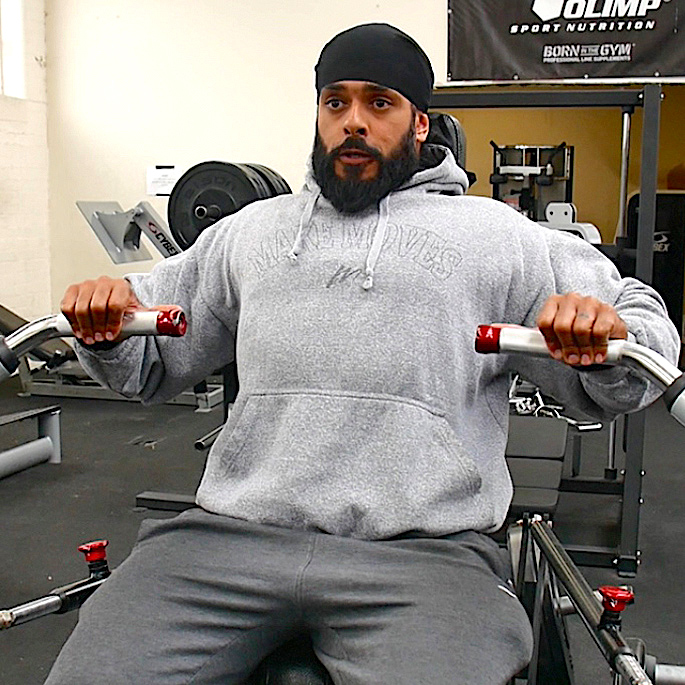 Kuldeep Singh Chana identifies diet, training and nutrition as key areas for him and others. He emphasises on the diet aspect, especially when he is not competing:

“Your diet should not necessarily change in style. It should just be volume off-season. The whole concept is to keep it tight and put on as much new muscle tissue as possible.”

He then also touches on his training preparations for competitions, which are different:

“Contest prep, you’re trying to strip away any fat condition, the muscle, shape the body to what the judges require.

“And the criteria for your category. So, there’s classic, there’s bodybuilding. There’s height categories.

“You’re not necessarily lifting as heavy because we’re not designed.”

Kuldeep clarifies at this stage training is not about building further “muscle tissue.”

However, at this point, his training focuses on shaking the muscle and changing the shape of the body.

Kuldeep regards nutrition as being very important to fitness and bodybuilding. Commenting about his philosophy on nutrition, he says:

“So what goes in is paramount. Everything, your mood, your gut health, everything about you is based upon what you eat.

“We eat for function. So yes, I’m eating my, my controlled meals weighed out, calculated sodium intakes, amount of protein, fats, and carbs per meal.

Despite being regimental, Kuldeep concedes that during his off-season, he can be flexible. 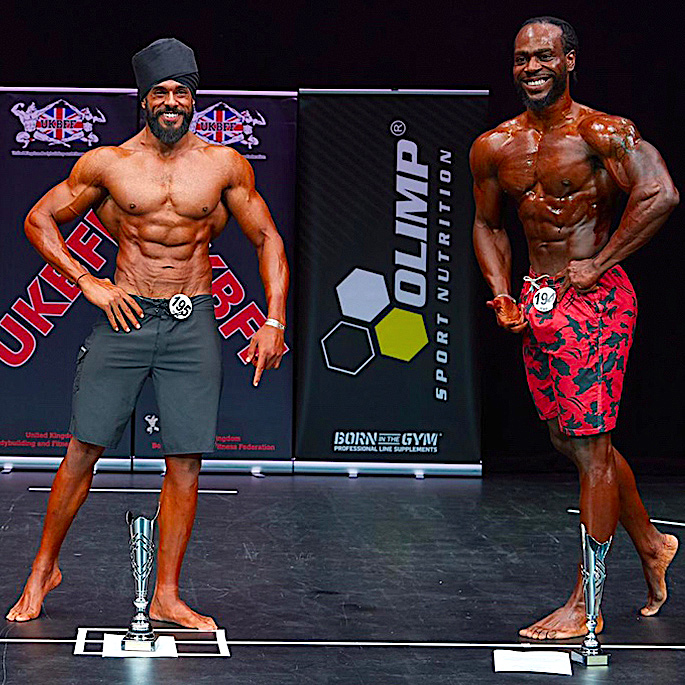 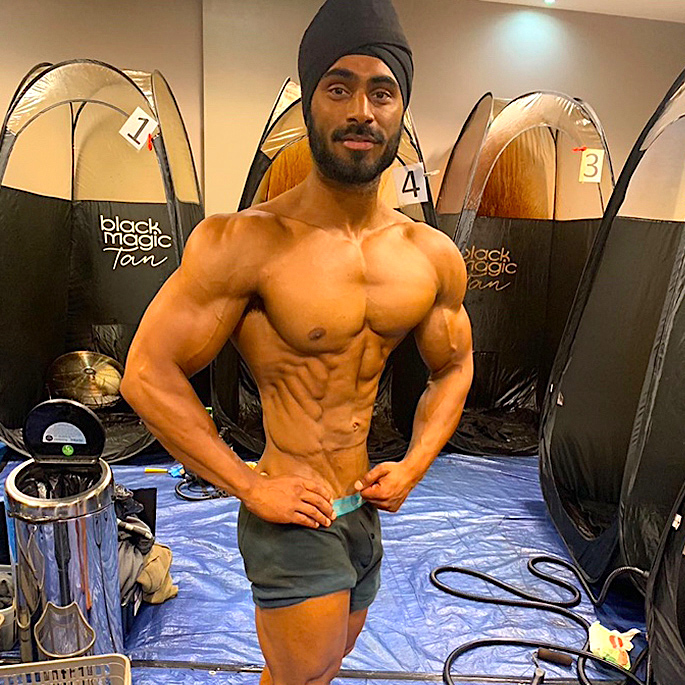 Kuldeep Singh Chana highlights the issue of racism within the sport, having had to subtly face it himself.

As per his faith, Kuldeep tells us that he never goes backstage without appropriate headwear. He describes it as a bandana, patka or having his hair in a man bun.

He also asserts that he has never gone on stage, without his pug (turban) on. Kuldeep observes after tying his headwear, he always has people staring at him.

But Kuldeep is adamant that he will continue wearing a turban, with it being part of his identity.

“He’s competed at the Arnold Classics and he wasn’t treated fairly. They told him he had to take his turban off before going on stage.

“And because he didn’t, when he went on stage, they didn’t place him.”

It is quite evident that racism does take place. Even though Kuldeep has got used to it, he hopes over time this factor will be eradicated.

Generalising his views, Kuldeep informs us that the usage of steroids varies across federations.
He explains there are “non-assisted” federations, which many refer to as natural shows.

Kuldeep also enlightens us about “assisted” federations where steroids use can come into effect, but only when there is a purpose. 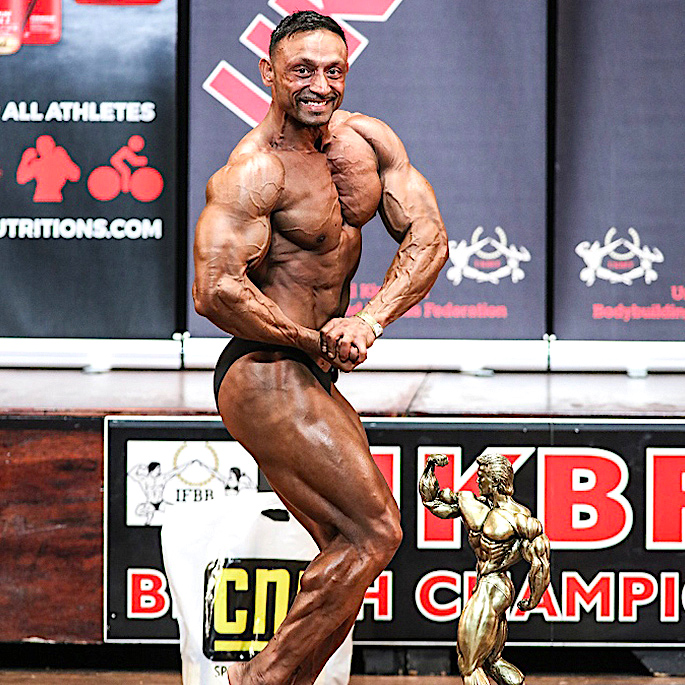 He stresses individuals must use it properly, following “correct protocols, blood work”, closely working with “doctors and dieticians.”

However, he thinks it is not acceptable to use steroids without a purpose. He cites it is not “necessary” when an individual takes steroids to assist their body or for tissue growth.

He also considers using steroids for developing and increasing strength or size as being unacceptable.

Kuldeep advises young aspiring bodybuilders to concentrate on what the sport teaches – be it “dedication, understanding and discipline.”

Looking ahead, Kuldeep Singh Chana has ambitions to progress and turn professional, by earning a pro card. He is keeping an open mind with his bodybuilding career, seeing how far he can go in the sport.

He is a big advocate for pushing mental health. Kuldeep is supporting others, working closely with the charity, Inspired by Hope,