Indian Super League chairperson Nita Ambani has revealed that her dream is to see India play in the FIFA World Cup finals.

"I saw there was a big opportunity in India"

Nita Ambani has expressed that she would like to see the Indian national football team playing in the FIFA World Cup finals in the future.

She has a connection to professional football in India especially since she is the chairperson of the Indian Super League (ISL).

Nita’s dream to see India in a future World Cup goes far beyond her vision in bringing the world’s best professionals to play in the country.

The non-executive director of Reliance Industries spoke about her ambitions for Indian football at the Sports Business Summit in London on October 8, 2019, which is part of Leaders’ Week London 2019.

Nita referred to cricket’s Indian Premier League (IPL), where she is the owner of the Mumbai Indians, and how it’s popularity led to other professional leagues in the country.

She said: “The popularity of IPL has led to the emergence of many more professional leagues in India like hockey, badminton, volleyball, basketball, wrestling, kabaddi and of course football.”

Nita went on to explain that she saw that football had the potential to be huge in the country when she became aware that children would wake up in the middle of the night to watch the English Premier League, including her son Akash.

“That is when I realised the younger generation had a huge interest in and love for football and I saw there was a big opportunity in India for this beautiful game.

“This motivated me to launch the Indian Super League for football in 2014.

“I am pleased to share that in just five years ISL has immerged as the third most-watched league in India.” 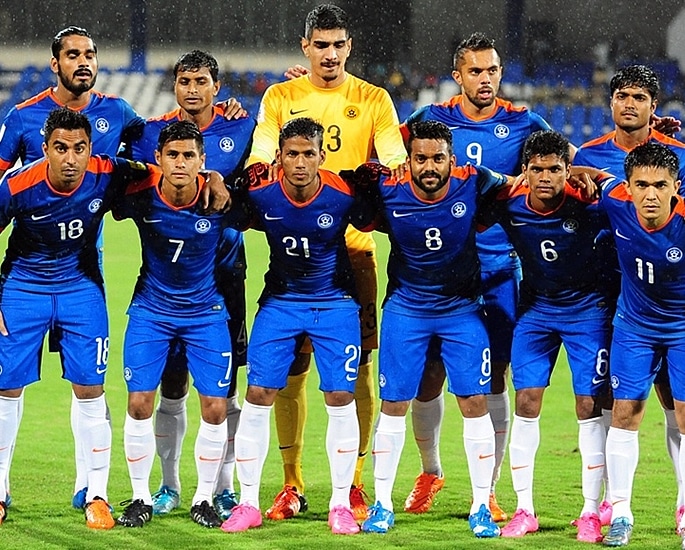 After seeing the positive impact of the ISL, Nita has big dreams for the country’s national team.

“Since the inception of ISL, the Indian National Team’s FIFA ranking has shot up from 173 to 96.

“It is now my dream to see India perform at the pinnacle of global football and qualify for the FIFA World Cup.”

“This calls for the development of a vibrant ecosystem in the country – that is the vision of ISL.”

Nita Ambani explained that the Reliance Foundation has a grassroots programme in football and it has currently reached out to more than 1.5 million children.

The initiative’s overall sports programme has reached out to over 21.5 million children across India, developing potential professional sportsmen and women in the future.

“Ten years ago it would have been unthinkable for an Indian family to see football as a viable career option for their children.

“Young Indian boys and girls are all over the Silicon Valley but they are missing on the pinnacles of international sports.”

Different sports are being watched meaning that there is a unique opportunity in India, according to Nita.

“The scale and size of viewership not just for cricket but for other sports like the Olympics the FIFA World Cup, EPL and many more makes India truly a unique opportunity.

Not only does she want to see India play at a World Cup but Nita would also like to see them play host sometime in the future.

She stated: “It is my hope and my dream to see India host some of the most iconic sporting championships in the world like the Olympics and FIFA World Cup.”

Ambani went on to announce two projects that the Reliance Foundation would take up under the support of the ISL. Both will start in November 2019.

“The children’s league, which is expected to reach out to over 4,000 children under the age of 12 in the next 3 years and the U-17 women’s football tournament – the first-ever women’s tournament – to scout for talent for India’s football team and this team will go on to represent India in the U-17 FIFA Women’s World Cup to be hosted in India in 2020.”

India was announced as the host nation for the 2020 FIFA U-17 Women’s World Cup on March 15, 2019. This is a step in the right direction for Nita Ambani’s dream of seeing India at a World Cup Finals.

Dhiren is a journalism graduate with a passion for gaming, watching films and sports. He also enjoys cooking from time to time. His motto is to “Live life one day at a time.”
Sania Mirza’s Sister to Marry Mohd Azharuddin’s Son
10 Indian Super League Teams for 2019-2020 Season