India have qualified for the semi-finals of the ICC World T20 2014 with an eight wicket win against Bangladesh. Virat Kohli and Rohit Sharma scored half centuries for India at the Shere Bangla National Stadium, Dhaka.

"We have good players and the next few games are going to be extremely tough."

India have reached the semi-finals of the ICC World T20 2014, after thrashing Bangladesh by eight wickets in their Group 2 game played at the Shere Bangla National Stadium, Dhaka on 28 March, 2014.

This is the first time the Men in Blue have qualified for the semis since 2007. India chased down the target of 139 in 18.3 overs. Bangladesh had earlier scored 138-7 in their allotted 20 overs.

Ravichandran Ashwin who received the man of the match award for his best bowling figures at the World T20 said: 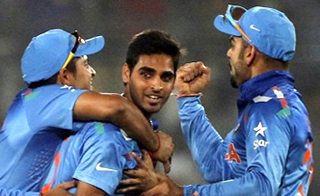 “Spinners have enjoyed good success, Mishy has won two Man of the Match awards, so I guess it was my turn today. A few difficult matches coming up now. We have played some excellent cricket, we don’t need to be too worried (about not being tested enough).”

After being put into bat first, Bangladesh openers, Tamim Iqbal and Anamul Haque gave the hosts a superb start, smashing three 4s in the very first over.

However the partnership did not last long as our Ashwin dismissed Tamim (6) and Shamsur Rahman (0) off consecutive deliveries in the 4th over. Tamim was caught in the slips by Suresh Raina. Shamsur was out first ball as he gave an easy catch to Rohit Sharma at deep square leg. 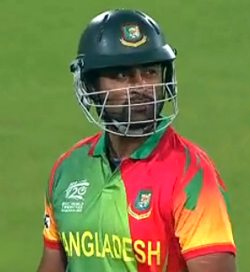 Bhuvneshwar Kumar sent Shakib Al Hasan packing for just one run, to leave Bangladesh struggling on 21-3. A tentative Shakib walking down the pitch, got an inside edge, which went through to hit the stumps. Bangladesh had lost three wickets in the space of six balls.

Bangladesh captain, Mushfiqur Rahim and Anamul then resurrected the innings, notching up forty-six runs in quick time. But once again wickets started to tumble for The Tigers as Mushfiqur was caught at deep midwicket for twenty-four.

Anamul (44) was out to a big googly from Amit Mishra. At this stage, Bangladesh were in a complete disarray.

In the end a sixth wicket stand of forty-nine between Mahmudullah (33) and Nasir Hossain (16) propelled Bangladesh to a respectable score of 138-7 in twenty overs.

Mishra finished with three wickets, while Ashwin took 2-15 in his four overs.

In reply, India lost Shikhar Dhawan early for just one. He came charging down to bowler Al-Amin Hossain and got an inside edge, which dragged on to the stumps. 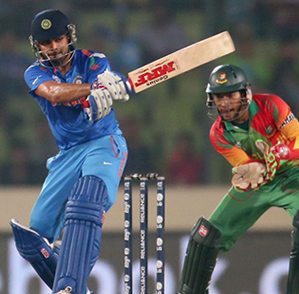 In came vice captain, Virat Kohli who along with in-form Rohit Sharma took the match away from the home side.

The duo scored their respected half centuries as India reached the hundred run mark in the 14th over. Rohit eventually fell for fifty-six when he was caught at point by Nasir off Mortaza’s bowling.

This was yet another professional performance by India. They fielded and batted really well throughout the game. Winning their third game on the trot, India became the first team to reach the last four of the 2014 edition.

Mishra has been a revelation for India in the tournament, taking seven wickets in three games so far.

With this win, India has gone top of the ICC World T20 Rankings ahead of Sri Lanka. Bangladesh will be very disappointed with the way they have played during the Super 10 stage.

Speaking about the batting flaws of the team and there remaining matches, Mushfiqur Rahim said:

“Whoever gets set, ends up throwing their wicket.. so definitely not happening at the moment. After you lose a couple of wickets, you need to preserve the wickets, but also score runs because they had some good spinners.”

“We thought about 150 plus as a good total, but unfortunately ended up below that. Two more games to go, so hopefully we can take some positives out of them,” he added. 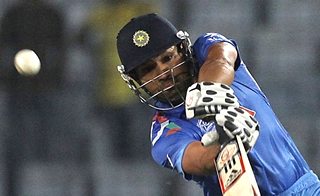 Talking about the challenges ahead and team strategy, MS Dhoni said: “We have good players and the next few games are going to be extremely tough. I hadn’t batted in a while and asked Yuvi if he was ok. Now everyone in the top five have had a bat.”

In other news from the T20 World Cup: captains of South Africa and Sri Lanka, Faf du Plessis and Dinesh Chandimal have both been suspended for one match each for their teams 2nd over rate offence.

West Indian captain, Darren Sammy scored an unbeaten 34 off 13 balls as the Windies beat Australia by six wickets. West Indies made 179-4 in 19.4 overs, in reply to Australia’s 178-8 in 20 overs. West Indies will play Pakistan next in what could be a knock out match.

South Africa narrowly beat Netherlands by six runs, thanks to another world class performance by leg-spinner Imran Tahir. At one point, the Dutch side were cruising to victory, before Tahir turned the game on it head as he claimed 4-21 in his four overs.

Alex Hales hit 116* off 64 balls to help England defeat Sri Lanka by six wickets in the all-important Group 1 game. This is the first century scored by any batsman in this tournament. England take on South Africa on 29 March, 2014 in a must win game for both sides.

India play Australia next in their final Group 2 match of the Super 10 stage on 30 March, 2014. Australia face an uphill task to stay in the tournament.

Faisal has creative experience in the fusion of media and communication and research which increase awareness of global issues in post-conflict, emerging and democratic societies. His life motto is: "persevere, for success is near..."
Premier League Football 2013/2014 Week 29
Pakistan thrash Bangladesh in World T20 2014