The Commonwealth games 2022 will showcase the best sportsmen and women. We focus on the Pakistani athletes who are looking to impress.

Maroof has the ability to knock the other teams for six

With the Commonwealth Games 2022 taking place in Birmingham, UK, Pakistan athletes are hoping to leave the event with success.

Spread across 15 venues in the West Midlands, some of the most world-renowned sportspeople will entertain and excite the crowds as they aim for glory.

72 countries are taking part in the prestigious event and amongst them is Pakistan.

The nation is taking 73 athletes who are competing across 13 sports. This will also be the largest number of female Pakistan athletes to have been included in the squad.

Some of the stars hoping to bring a medal back are wrestler and opening ceremony flagbearer, Muhammed Inam, and women’s cricket captain, Bismah Maroof.

However, there are some other highly touted Pakistani athletes trying to announce themselves on the world stage.

So, here are our picks to look out for at the Commonwealth Games 2022. 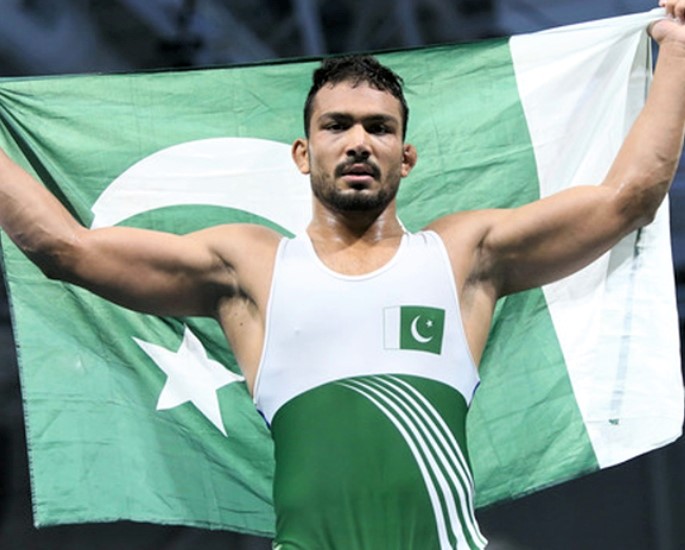 Looking to replicate his past success at these games is professional wrestler, Muhammad Inam Butt.

Butt’s style is agile, powerful and speedy. He uses brute force and quick movements to control his opponents and smash them into the canvas.

His combination of traditional and beach wrestling allows him to adapt his body in different positions, making things tricky for any challenger.

In 2016, Butt was triumphant in the South Asian Games, Beach Asian Games and Commonwealth Wrestling Championship, winning two golds and one silver.

Two years later, he dismantled Nigeria’s Bibo, beating him 3-0 in the 86 kg category to take home the gold medal.

To honour his astounding ability, Butt won the Pride of Performance Award in 2019 for his services as a grappler.

His six world titles and success in every competition make him one of the ones to watch at the Commonwealth Games 2022. 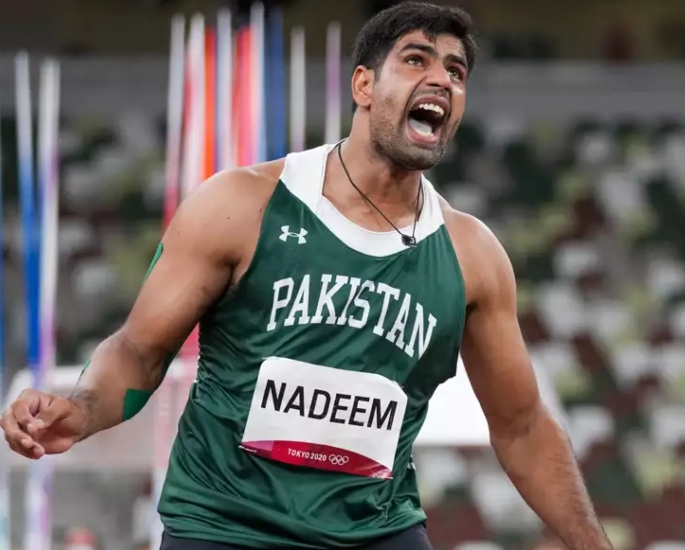 Arshad Nadeem is an imposing athlete specialising in the javelin throw. He’ll look to build upon some thrilling achievements at the Commonwealth Games 2022.

With a throw of 83.65 metres at the 33rd National Games in Peshawar, Pakistan, Nadeem triumphed with a gold medal in November 2019.

A month later, Nadeem set a new South Asian Games record with a throw that went the distance of 86.29 metres.

This superb launch landed him a direct qualification for the 2020 Summer Olympics. It made him the first Pakistani to qualify for any track-and-field finals at the Olympic games.

He was up against brutal opposition but still managed to finish fifth overall. Indian athlete, Neeraj Chopra, ended up winning the gold.

In 2021, the broad athlete ended up placing first in the Imam Reza Cup in Iran.

His wide shoulders and leg flexibility allow him to retain power as he strides toward the throwing line.

The continuous transformation of his throw means the Commonwealth Games will be a major platform to showcase his riveting form. 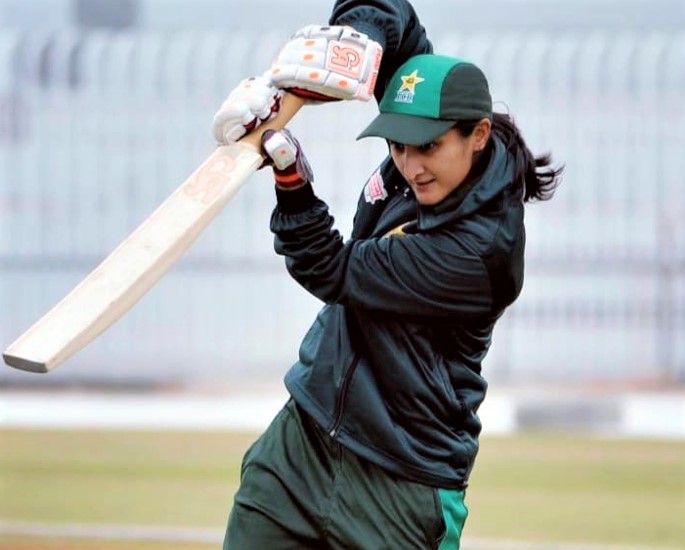 Hailing from Lahore, Bismah Maroof is one of the most well-established Pakistani athletes ever.

The all-rounder will captain the women’s cricket side which includes Anam Amin, Gull Feroza and Nida Dar.

Maroof will come into the Commonwealth Games 2022 highly motivated after falling short at the Women’s Cricket World Cup 2022.

Although they reached round seven, Pakistan was convincingly beaten by Australia.

So, Maroof will seek revenge, especially considering both teams are drawn in the same group (Group A).

They will also face off against India and Barbados, making it a tricky start to the competition.

However, Maroof has the ability to knock the other teams for six.

In 2022, she became the leading run-scorer for the women’s cricket team in both ODI and T20I formats, scoring over 2000 in each.

She also holds the world record for scoring the most runs in the history of Women’s ODI’s without a single century.

So, this highlights just how Maroof can shift big runs and the other teams will have to subdue her abilities. But, it’ll be a major task at hand. 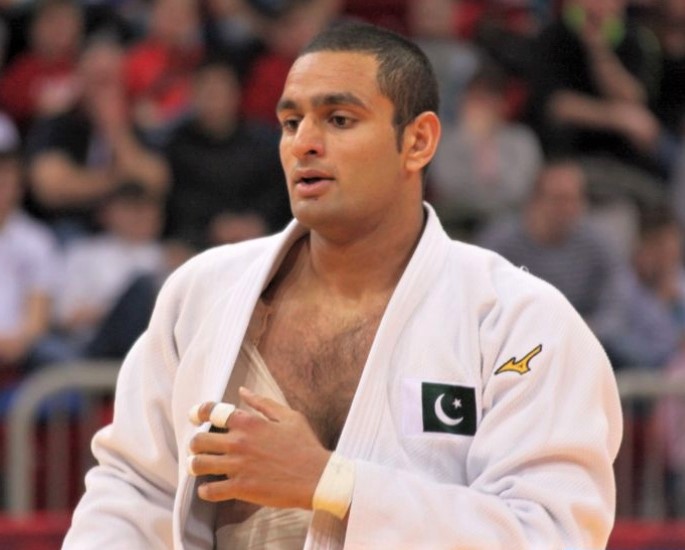 There’s no surprise that Shah Hussain Shah is one of DESIblitz’s ones to watch at the Commonwealth Games 2022.

The athlete will compete in judoka (judo) and is anticipating a successful return to the event.

His last appearance at these games was in 2014 when he was beaten by Scotland’s Euan Burton in the -100 kg final. Achieving the silver medal was still impressive.

But since then, Shah has added to his trophy tally with two gold medals in the South Asian games – one in 2016 and the other in 2019.

He has a very tough grip which allows him to stay close to his opponents. His vision and ability to manoeuvre quickly provide him with space to ground others.

“It is [an] honour for me to start my new project with great people. And also I believe it will have a positive effect for my athlete career.”

It will be exciting to see how Shah can implement some of the new techniques in his performances. 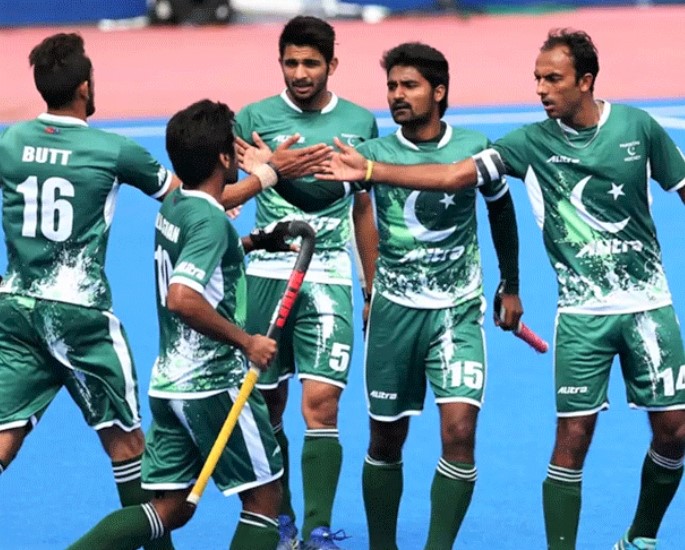 The ‘Green Machines’ are hoping to emulate some of the past successes the national team had with the likes of Tanvir Dar and Sohail Abbas.

Their last major championship win was in 2018, winning gold at the Asian Champions Trophy in emphatic fashion.

They also have had major success at Olympics Games, winning gold in 1960, 1968 and 1984. They’ve also won the Hockey World Cup four times.

However, they will look to go full steam ahead at the Commonwealth Games 2022. But, they have some tough competition to go up against.

In their group stands the likes of New Zealand and South Africa. Undoubtedly, their toughest opponent will be Australia.

The ‘Kookaburras’ have won every Commonwealth Games since 1998.

So, overcoming them will be a massive achievement. However, Pakistan began a resurgence under Dutch head coach, Siegfried Aikman.

Appointing him in early 2022, they went on to place fourth at the Asian Hockey Champions Trophy. So, this is a perfect time to reclaim the top spot.

Their motivation to carry on improving will make each match a true battle for the eyes.

Hockey is one of the most-loved sports in Pakistan, therefore the team will have an undying amount of support in the country and amongst British Pakistanis coming out to cheer them on.

There is no doubt that Pakistan will look to impress across all the sports they are a part of.

They have some talented athletes who have a fighting spirit to try and beat out the competition and stamp their mark on the Commonwealth Games.

Whilst the other nations around will try to stop them in their tracks, sparks are sure to fly in some of the events.

Cricket, javelin and wrestling are the focal points with more recognised Pakistani sportspeople hoping to win.

However, the nation has a pool of talent travelling to the UK to rack up the medal count.

Other events to keep an eye on are boxing, gymnastics, squash, swimming and table tennis. The latter has four players participating, including Fahad Khawaja.

Either way, it’s good for sport overall to have a country like Pakistan showcasing the variety of athleticism it has.