Asif Patel and Naushad Gaffar have been jailed after being caught with over £5m worth of fake drugs imported from India. Viagra like pills and steroids were found amongst the illicit medicine haul.

Asif Patel, aged 42 and Naushad Gaffar, aged 53 were both caught and jailed for more than £5 million worth of drugs which were counterfeit.

The drugs seized included sex drugs for erectile dysfunction and premature ejaculation and steroids for bodybuilding.

Patel and Gaffar specialised in importing the medicines from India.

Arrested in April 2015 after a nine-month investigation, into their importing business of the drugs by the Medicines & Healthcare Products Regulatory Agency (MHRA), the officials found more than 1.6m doses of illicit medicines and 46,000 doses of class C drugs at designated storage units in South London.

The seizure of claimed as one of the largest of its kind with medicines that were not subject to any kind of UK or EU regulations.

The MHRA investigation, which began in July 2014, used an undercover officer who first made contact with a supplier in India. He put the officer in touch with Naushad Gaffar in the UK.

In January 2015, the undercover operative met Gaffar in Brixton, where he was told he had ‘a present from India’ and as he passed over the parcel of illicit medicines, Gaffar said: “with me you get better stuff”.

The investigation then discovered that operation of these two men was conducted out of three locations. A Norbury based Shurgard self-storage, a Storage King facility in Mitcham and a house in Streatham, where Gaffar lived.

The house was ‘the distribution hub’ and nearly 800,000 doses of the potent fake medicines were found by MHRA officers at this address. In addition, computers, a label printer and mobile phones were recovered.

The Norbury self-storage contained 500,000 doses and nearly 500,000 doses were seized at the Storage King premises in Mitcham, South-West London.

The investigating detectives watched the product being transported throughout London by Patel and Gaffar, with packages being moved in and out of the three addresses.

Asif Patel carried on delivering drugs even after their arrest.

Patel was involved in administering unlawful immigration in the past and was jailed for five years at Leicester Crown Court in 2008.

After his release, he moved to London from Manchester and became a pizza delivery driver.

When he met Gaffar, he was working as a taxi driver in London and had no previous convictions.

So, they both teamed up and started the illegal operation of importing the drugs from India and setting up the commercial supply of the fake and dangerous medical products. 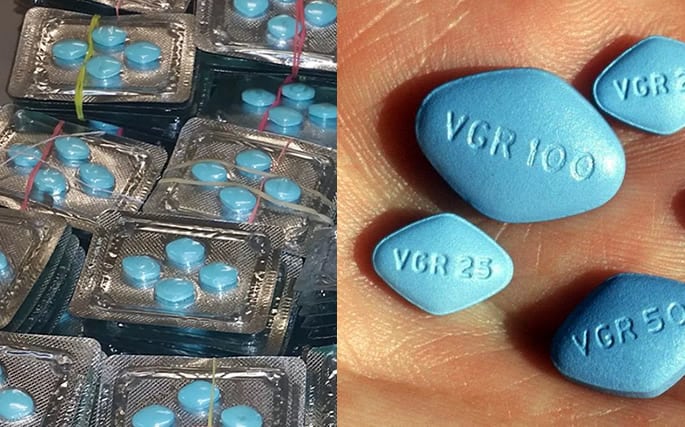 The hearing at Southwark Crown Court on May 18, 2018, heard about the illegal operation of these two men and the haul of illicit medicines.

“There were over 90 different medicinal products, applications ranging from premature ejaculation to depression.

“The significant majority of medicinal products, in this case, were for treating problems of a sexual nature, many are similar to Viagra.

“The supply of unauthorised medicines is dangerous, they have not been subject to UK or EU safety regulations.”

“Both defendants held leading roles, involved in directing, organising and selling on a commercial scale and appear to have had close links to the original source of the drugs.”

One drug found in the haul was Clenbuterol, which is used by bodybuilders as a fat burning tool by those who take anabolic steroids. It also used for fat loss without steroids too. The drug can result in high blood pressure, jitters and heart palpitations.

Another drug seized was Tramadol, a class C opioid which is used to treat depression and a strong painkiller. This drug can “can result in psychological and physical dependence.”

Both men were found guilty and admitted to their crimes.

Asif Patel, from Leicester, was jailed for three years after admitting to five counts of conspiracy to supply unauthorised medicines, controlled medicines and class C drugs.

Naushad Gaffar, from Streatham, was jailed for 21 months for pleading guilty to conspiracy to supply unauthorised medicines, controlled medicines and class C drugs.

The sentencing judge, David Tomlinson, told the men in court:

“Even with regulated medication, this is one of the most problematic pharmaceutical areas. ‘By-passing the regulations that are there for good reasons has the potential for catastrophe.

“Tramadol, in particular, is close to Ketamine. I will categorise you both as having a significant role, though it was at the higher end because of your links to the source and the unlimited time that you devoted to the operation.

“It seems to have been a full-time occupation for both of you.”

Counterfeit medicines in the UK are becoming a major problem. According to a report by the World Health Organisation (WHO), one in 10 drugs sold in the developing world are thought to be fake, they cost health systems $38.5m a year and in 2017, 25m illicit medicines worth $51m were seized worldwide.

“We are cracking down on perpetrators to make sure this type of crime does not pay. MHRA is currently running the #FakeMeds campaign to warn people against buying potentially dangerous or useless unlicensed medicines sold by illegal online suppliers.”

Always check any medication before buying it on the internet and look for approval from regulating bodies.

Image of drugs for illustration only