With 2016 drawn to a close, DESIblitz has compiled a list of which 10 Bollywood Films could be the biggest Hits of 2017. Find out more here!

"I have never done a role like this before"

It would not be wrong to say that Bollywood films in 2016 have been quite underwhelming. But great films like Airlift, Neerja, Udta Punjab, Pink and Dangal have proven to be the saving grace.

Bollywood movies in 2017 seem to be more promising. Being films of diverse genres: Comedy-Drama, Period Romance and Action Thrillers, there are immense expectations for Indian cinema.

Of course, Shahrukh Khan, Aamir Khan and Salman Khan also have some big films coming out in 2017. These consist of Raees, Secret Superstar and Tiger Zinda Hai. As per customary, there will also be major releases during the festivals of Eid, Diwali and Christmas.

So, DESIblitz presents you a list of 10 potentially big Bollywood hits of 2017!

Talking about the film’s concept, Rahul Dholakia mentions: “I think there are challenges in every film, especially when it is an original subject, so everywhere you have to fictionalise. It’s not that we have copied from somewhere.” 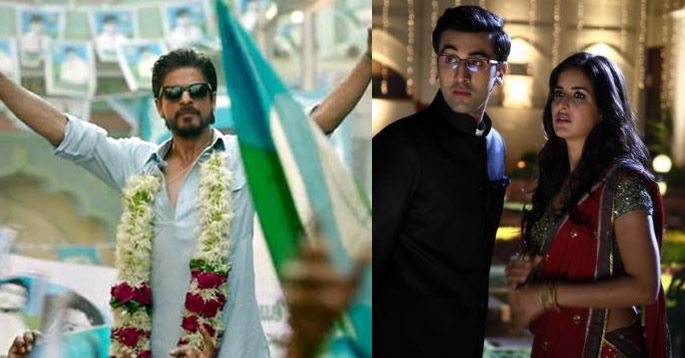 Jolly LLB was one of the biggest sleeper hits of 2013. The sequel stars Akshay Kumar, Huma Qureshi, Annu Kapoor and is the first time Kumar and Qureshi will be paired opposite each other and they are bound to be amiable.

Similar to the first instalment, Jolly LLB 2 is also a satire. It’s about an underdog advocate, Jagdishwar Mishra aka “Jolly” (Akshay Kumar), who aims to reach the top of the legal food chain. Whilst the film begins as a comedy, serious issues such as terrorism may also be tackled.

The original ‘Jolly’, who was essayed by Arshad Warsi, is quite impressed by Akshay Kumar. He Tweets: “Finally saw the trailer of Jolly LLB2. Love the new Jolly. Looking forward to it, all the best to Huma Qureshi and Akshay Kumar.”

Vishal Bhardwaj’s last film Haider received a successful commercial and critical reception. Haider was a fairly modern adaptation of William Shakespeare’s Macbeth. Rangoon, however, is retro and seems to encapsulate the Casablanca style.

Bhardwaj’s upcoming romantic drama film set during World War II. It is believed to follow the concept of friends turned foes and stars Shahid Kapoor, Kangana Ranaut and Saif Ali Khan. It will be interesting to see the ‘battle of exes’ between Khan and Kapoor!

Producer Sajid Nadiadwala is all praises for the director. He states: “Vishal Bhardwaj is an incredible director and one will get to experience a plethora of emotions as his vision translates onto the big screen.”

Qamar will be seen opposite the excellent actor, Irrfan Khan in Hindi Medium. After seeing her plausible performance in Lahore Se Aagey, one looks forward to seeing what Saba Qamar has to offer in this romantic comedy!

The movie’s narrative focuses a middle-class couple in Chandni Chowk to blend in with the elite class of Delhi. The title itself is catchy and promises to offer several ‘lost in translation’ gags.

Aamir Khan is set to win hearts yet again in 2017. Zaira Wasim – who plays the young Geeta Phogat in Dangal, once again joins Khan.

The plot revolves around a teenager who saves her mother (Meher Vij) from her abusive father, with the aid of an alcoholic divorcee. Khan essays the role of a musician in the film. Once again, he is set to both entertain and educate the audience!

Hinting more on the role, Aamir Khan explains: “I have an interesting character in this film and it has been written and directed by Advait. It was Advait’s idea to come up with this look and I have never done a role like this before.” 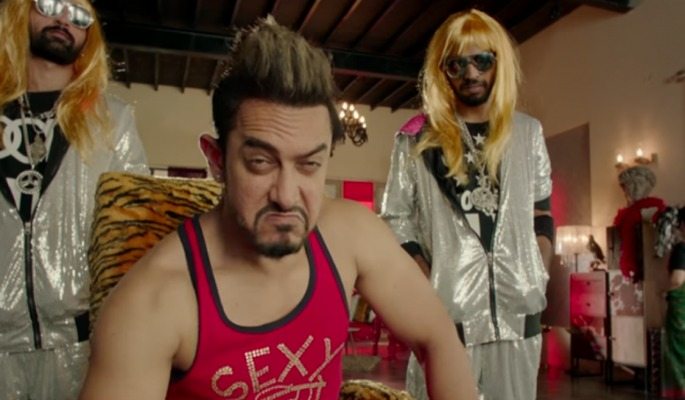 As suggested by the title, Jagga Jasoos, a gifted teenage detective (Ranbir Kapoor) searches for his missing father with his ladylove assistant (Katrina Kaif).

After the acclaimed Barfi, Ranbir Kapoor and Anurag Basu collaborate once again for this Disney film. The sneak-peek has been received well by many B-Town celebrities. Ranveer Singh, in fact, has tweeted:

“Extraordinary! Never seen anything quite like it in Hindi cinema! Falling short of superlatives to describe it! Congrats to Team Jagga.”

In addition, it will be delightful to see the Ajab Prem Ki Ghazab Kahani and Raajneeti Jodi reunite!

If you have missed seeing Raj and Taani from Rab Ne Bana Di Jodi, well miss them no longer. Shahrukh Khan and Anushka Sharma pair up again, this time for Imtiaz Ali’s Rahnuma.

Promising to be a unique movie, Imtiaz mentions: “For me, I didn’t want to fall into a pattern of the certain type of film. And he (Shahrukh) wanted to break out the pattern that he was in. That’s the reason why we got to work.”

According to reports, Rahnuma will be a mature love story between a Punjabi tour-guide, Harinder Singh Nehra (Shahrukh Khan) and a Gujarati girl (Anushka Sharma). Plus, with Pritam roped in as the composer, the movie will be on the “Highway” of success!

Superstar Rajinikanth’s avatar of Chitti is extremely loveable. Enthiran: The Robot became one of the highest-grossing films of 2010.

S. Shankar is back with the spiritual successor to the 2010 blockbuster, titled 2.0. There have not been many reports on the story as of yet, but the biggest surprise element here is that Akshay Kumar will play the villain “Dr Richard” in the Sci-Fi flick.

Amy Jackson will essay the heroine’s role and A. R. Rahman yet again returns as music director for 2.0. The movie will be 2017’s big Diwali release and promises to offer twice the entertainment factor as Enthiran. 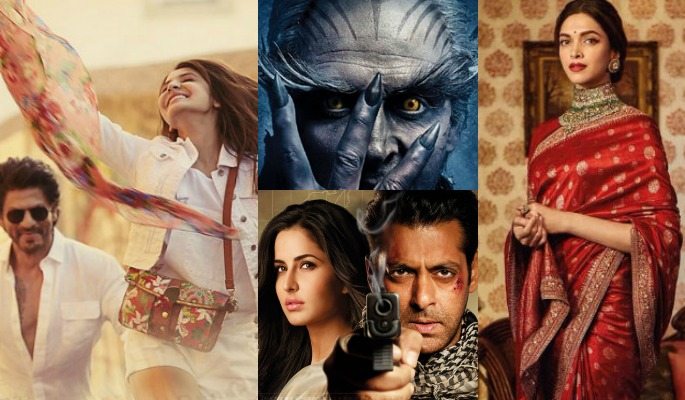 It seems like Padmavati will be Sanjay Leela Bhansali’s next magnum opus. One expects the movie to be enriched with lavish sets, spellbinding costumes and exceptional performances.

The period-drama is depicted on the 1303 siege of the Chittor fort in Rajasthan. Alauddin Khilji (Ranveer Singh), the Turkish ruler of Delhi led this invasion, motivated by his desire to get the beautiful queen Rani Padmini (Deepika Padukone), the wife of Rana Rawal Ratan Singh (Shahid Kapoor), the ruler of Mewar.

This is what the Ranveer Singh has to say about his intense character preparation: “It’s physically, emotionally, mentally very draining. It’s my biggest challenge yet as an actor. I prepared very hard for it, almost a month. We have started shooting and Bhansali is pretty happy with the way things have shaped up.”

The Salman Khan and Katrina Kaif starrer, Ek Tha Tiger went on to become the biggest profitable film in 2012.

All you fans of Salman and Katrina are in for a treat as the sequel Tiger Zinda Hai will release on Christmas 2017.

Tiger Zinda Hai will be shot extensively in UAE and Abu Dhabi. In comparison to the 2012 blockbuster, the sequel will be helmed by Sultan director, Ali Abbas Zafar. Further details are yet to be disclosed.

Overall, 2017 is set to be jam-packed with several hit Bollywood films. Besides our best of 10, there are other films to look out for. These include Mom, Naam Shabaana, Bahubali 2, Badrinath Ki Dulhania, Kaabil, Golmaal 4 and Sarkar 3. Now, it’s time to wait and watch!

Anuj is a journalism graduate. His passion is in Film, Television, dancing, acting and presenting. His ambition is to become a movie critic and host his own talk show. His motto is: "Believe you can and you're halfway there."
5 Sexy, Dapper and Filmy Avatars of Varun Dhawan
Rogue One: A Star Wars Story ~ Review