Chelsea remained on top under the guidance of this truly talented manager.

After an incredible season-long performance, Chelsea Football Club has won the 2015 Premier League title with three games to spare.

Hailed as one of the greatest football clubs in the world, Chelsea has put many to ponder over their winning formula.

DESIblitz explores how Chelsea has risen to the top and analyse all the things that have worked in favour of the Blues in 2014/15.

‘The Special One’ lives for successes and titles, and knows exactly how to get his hands on what he wants.

At the beginning of the season, he brought us a newly improved Chelsea to do just that. He identified what he needed in the pre-season and went out and got it.

He looked at bringing in a player who would score those much-needed goals and chose Diego Costa to fill that position.

At the same time, he improved the team’s lacking midfield with Cesc Fabregas, whose chemistry with Nemanja Matic had provided some extra creativity.

When the team started to fatigue a little around mid-season, he became a better tactician than his rivals by reverting to a more defensive style.

This brought a lot of criticism to Mourinho, with opposing fans calling out ‘boring, boring Chelsea’ in the stands.

But he never let any of it dent performances and Chelsea remained on top under the guidance of this truly talented manager. 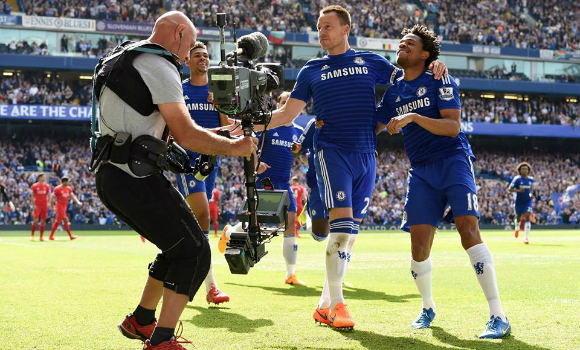 Not only had Chelsea been the team to beat since August 2014, but they had 13 players who made over 20 Premier League appearances this season.

This meant the constant swapping and changing of team players in clubs like Manchester City did not happen too often this season at Chelsea.

Eden Hazard was hardly ever substituted. Though it was rare for an attacking player, it showed just how much these players were trusted and needed in their respected positions.

Skipper John Terry had played every minute of every league game this season.

The rest of the ‘back four’ – Branislav Ivanovic, Cesar Azpilicueta and Gary Cahill – played whenever they were fit.

With such a settled team who worked so well together, it is no wonder why Chelsea have spent so long at the top of the table.

Chelsea have topped the league since day one, never having to play catch up in the title race.

In individual games, they have done the same – scoring the first goal in 27 of 35 league matches. When they took the lead, it had proved increasingly difficult to drag them back.

On the odd occasion that they have had a bad result, they have never lost the following match and that is in all competitions throughout the season.

Their ability to grind out a result and score late goals also proved crucial. This meant whenever Man City got within breathing distance of them in the table, they were able to re-establish their lead.

To do this week in, week out for an entire season truly demonstrated their mental strength as well as the immense level of confidence up and down the club. 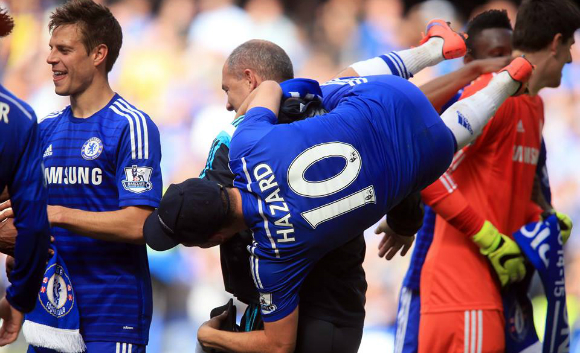 As previously discussed, Mourinho made consistent team choices this season and this really came down to his players’ managed to avoid many injuries.

Costa struggled with hamstring injuries, but other than that, Chelsea have been very fortunate on the injury and fitness front.

Eden Hazard has become a walking target, as he is perhaps the most fouled player in the Premier League. But the Belgian managed to get back up every single time he has been chopped down.

Of course, a team is not a team without its players and to beat the best – and to be the best – you have to have the best.

Diego Costa and Cesc Fabregas had been crucial ingredients in the mix and Didier Drogba had made a return to the team.

As well as scoring some important goals himself, Drogba helped Eden Hazard to improve and move up a few levels.

Thibaut Courtois’ return to Stamford Bridge also proved to be a rewarding decision.

The Belgian had been a fantastic addition to the squad, having played in 34 games with 12 clean sheets, and saving 93 balls from going into the back of the net.

With players out on the field scoring and parking the bus in defence added to this formidable force in goal, opposition seem to stand no chance.

The result? Chelsea will be walking away as the glorious Premier League winners of the 2014/2015 season.