Deepika Padukone looks all set for the Cannes 2017.

Bollywood actress Deepika Padukone has landed in Cannes for the 70th-anniversary film festival. And she has already revealed her first look for the luxurious event.

The film actress arrived at the festival on 17th May 2017. She showed off her first look at the French Riviera, stunning fans all around the world.

Deepika Padukone wore a beautifully long red dress, containing a pattern of black and white flowers. The well-fitting dress complimented the actress’ slim figure and created a dramatic effect with its thin straps.

The dress also revealed a stunning frill design near the actress’ right shoulder. The actress added gold bangles and simple makeup with the backless dress. With her flowing hair cascading in elegant locks, Deepika Padukone looks all set for Cannes 2017. 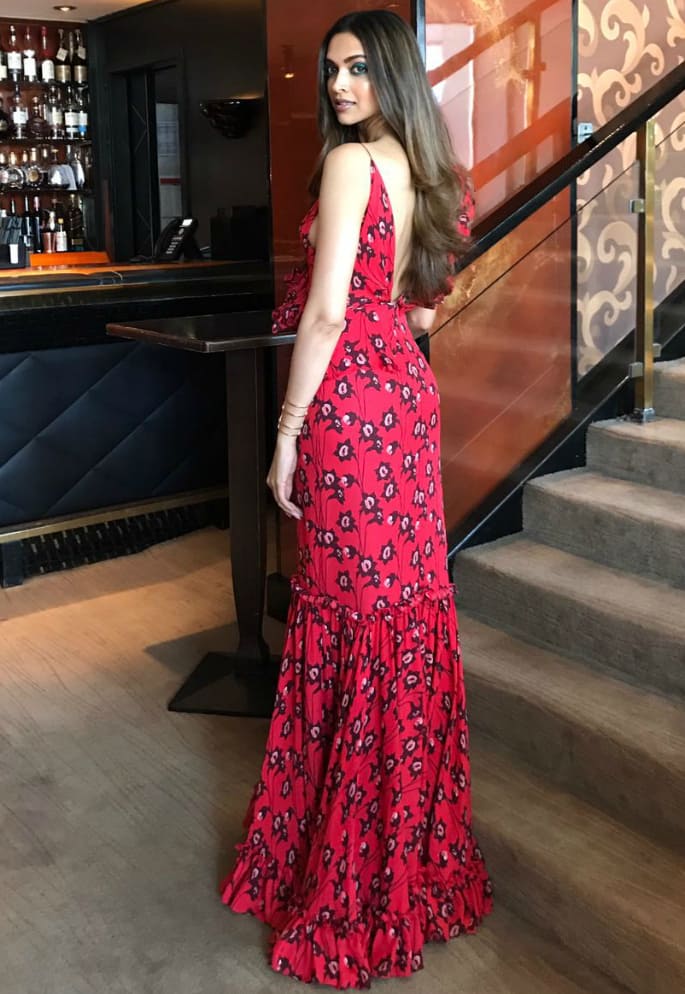 Doesn’t she look the ideal fit for the dancing lady emoji?

Deepika herself seems to think so, as she re-instagrammed a video of her swaying her dress. Pouting to the camera, the actress appeared in high spirits.

The actress will soon hit the red carpet on Cannes’ opening day. She will also appear on 18th May 2017 as an ambassador for L’Oreal Paris.

And with her first look appearing stylish and glamorous, fans can expect to see some outstanding red carpet outfits.

As this marks Deepika’s debut at Cannes 2017, Indian Express spoke to regular Sonam Kapoor about her thoughts on the star.

She said: “I hope she has a good time. I don’t think I should be giving any advice to someone who has already walked several international red carpets.”

Sonam also spoke on her own upcoming appearance on the red carpet. As a fellow ambassador to L’Oreal Paris, she revealed:

“We are going for a brand. If it was for a movie, I would’ve been so stressed out I would faint on the red carpet. But because it’s for a make-up brand, I enjoy doing it. It’s about being beautiful and you look beautiful only if you’re happy inside and confident.”

We can’t wait to see what the Bollywood stars will bring to the Cannes 2017 red carpet. Watch this space for Deepika’s red carpet debut!