This is what Forbes has to say about the fifth instalment of one of the most bankable franchises in movie history: “Better than Bourne, better than Bond.”

Ethan Hunt, Jason Bourne and James Bond have more in common than just a set of kick-ass skills and allegiance dilemma.

But the international spies – or at least the guys who craft the characters and their fascinating stories – also beg to differ from each other.

Where Jason (Matt Damon) excels, Ethan (Tom Cruise) takes things to a level so high that you are adamant there is no way he can top himself.

Yet, the stunts in Rogue Nation make climbing the Burj Khalifa with malfunctioning magnetic gloves and hopping between Shanghai’s skyscrapers look like a piece of cake.

Its famous trailer clip – Cruise leaping onto a plane during takeoff and hanging onto its side as it elevates to almost 5,000 feet – reveals to be an opener that prepares you for more eye-popping stunts to come. 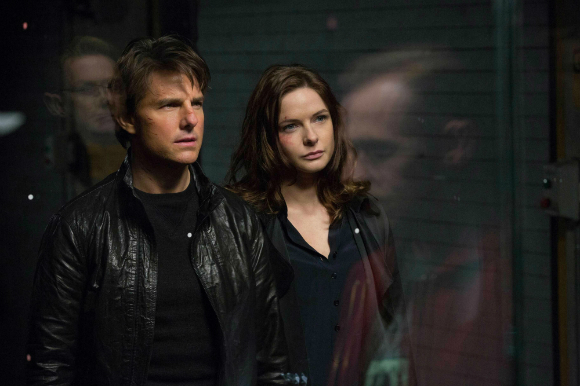 Admittedly, it has never been the Bourne series’ intention to break any Guinness Records. It prides itself on setting up killer suspense and gritty close-combat fights instead.

But you would be wrong to assume Rogue Nation falls short in this department. The assassination scene at the Vienna State Opera illustrates perfectly its mastery in sustaining dramatic climax.

Stunt guru, Wade Eastwood, explains a full operatic performance actually took place during filming, so that the action could be timed precisely to the music.

He says: “There are short cuts, but Tom [Cruise] doesn’t like doing it that way. He feels that it takes away from the character and the acting.”

Not to mention the surprise ending that turns around what appears to be a mission that is doomed to land Ethan’s team in jail or exile.

Now, to compare Hunt with James Bond shows just how the Mission Impossible franchise has withstood the test of time to earn a mention with the godfather of all spies.

Rogue Nation measures up against the longest-running spy movie series in many ways – from the most miniature detail (catchy theme tunes) to the boldest targets of attacks.

But it is the femme fatale (Ilsa Faust, played by Rebecca Ferguson) who helps lift Hunt’s heroic status just a little above ‘007’.

While offering some eye candy as a Bond girl traditionally does, the beautiful Ferguson also brings a sense of strength and sophistication to her character.

Her slick moves, convincing disguises (friend or foe?) and incredible guts totally match up to Hunt to be called his equal.

Together, they make a sexy and powerful duo to take down the Syndicate, an anti-IMF underground terrorist group headed by Solomon Lane (Sean Harris).

But Cruise is well aware he cannot count on the Swedish actress’s killer legs and whatever is left of his star power alone to conquer the box office.

So, he brings back the comedy and error-filled Ghost Protocol team (swap Paula Patton for Ving Rhames) who helped revive the series in 2011.

Simon Pegg’s humour is on point as ever. Jeremy Renner slides a little into the background this time, but plays a brilliant middleman between the new CIA chief (Alec Baldwin) and his death-defying team.

Unlike Bond’s preference for a one-man band, this makes for a much more entertaining ride for moviegoers.

More importantly, it allows the 53-year-old action star to shift some of the weight of the heavy budget film (US$150m/£97m) to a solid supporting cast. 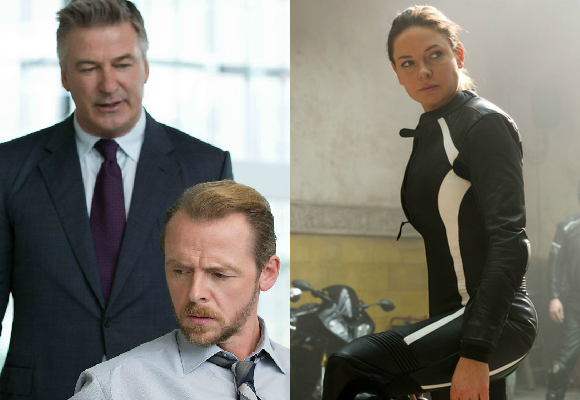 Like it or not, Cruise understands his audience and dedicates (literally) his life to create the ultimate blockbuster experience.

From the very first Mission Impossible right through to Rogue Nation, the Hollywood actor has always valued realistic visual performance on the big screens.

Whether you are a fan of Cruise or not, it is hard not to praise the thrilling satisfaction he splendidly delivers through real stunts – in stark contrast to films ridden with green-screen effect.

Refreshing and invigorating, Rogue Nation is impossible to miss this summer!

Scarlett is an avid writer and pianist. Originally from Hong Kong, egg tart is her cure for homesickness. She loves music and film, enjoys travelling and watching sports. Her motto is “Take a leap, chase your dream, eat more cream.”
Mission Impossible overtakes Bollywood in India
Celebrity Dubsmash ~ Bollywood vs Hollywood