Four Lions (2010) star, Riz Ahmed, impressed in the Oscar-nominated Nightcrawler (2014). But he has been snubbed by the big awards ceremonies.

Drowned out of the debate is a talented Desi actor, screenwriter, and MC, Riz Ahmed.

The world as we know it is not black and white. Yet cinema, which is supposed to reflect our social reality, at times seems capable only of operating in binary.

Everything in between is lost in an ocean of narrative that defines variety as a power struggle between black and white people.

Never has this been more obvious than with this year’s nominations for the major film awards, where the shortlists are almost totally white.

This has provoked a reaction from those who think that many black actors have been treated unfairly.

Drowned out of the debate is a talented desi actor, screenwriter, and MC, Riz Ahmed, who starred opposite Jake Gyllenhaal and Rene Russo in Nightcrawler (2014).

DESIblitz explains why Riz Ahmed is the biggest snub in the 2015 award season.

He has not been typecast in a major Hollywood feature 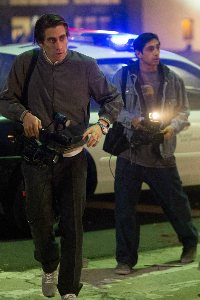 It is always exciting to see an actor of colour escape stereotypical roles. Particularly after seeing a row of victims like Naveen Andrews in Lost and Kunal Nayyar in The Big Bang Theory.

Desi sentiment regarding their representation in Western media reached boiling point with the highly controversial success of Slumdog Millionaire in 2008.

Despite picking up seven BAFTAs and a historic eight Oscars, the film directed by Danny Boyle was widely dismissed by public viewers and critics in India for being uninformed and reductive.

This is precisely why Riz Ahmed’s breakthrough performance in the Oscar-nominated Nightcrawler marks a significant step forward for Desi actors.

The British-Pakistani actor plays Rick, a naïve homeless intern and assistant to Louis ‘Lou’ Bloom (Jake Gyllenhaal), who is a self-made freelance crime reporter in the Los Angeles-set crime thriller.

Rick has no obvious traits, such as mannerisms or accent, that would mark him out as a character of colour.

Although the plot makes no reference to his background or religion, it does not leave you wondering. The reason is simple. It does not matter.

Like many of us, all Rick wants is money. And like some of us, he has not been completely corrupted by corporate practice. Rick is the voice of conscience, gently poking Lou and the audience, to remind them what is at stake.

Through his exceptional portrayal of an average man which everybody can relate to, Riz Ahmed has delivered a character free from Asian stereotypes, and which has transcended the ethnic barrier. 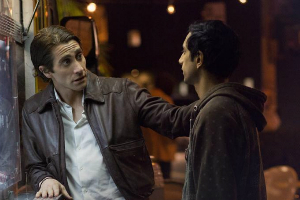 The duo produced such a fascinating dynamic that the Film Independent Spirit Awards has shortlisted both of them for acting nominations.

While Jake has built an illustrious career by taking on complex roles, Riz has less film credits to date and is a relative Hollywood newbie. Nevertheless, he holds his own throughout the film and perfectly complements Jake’s kooky character.

This year’s nominees for Best Supporting Actor are every bit worthy. But you could argue that the list is missing some fresh young blood.

Though less experienced, Riz is profound and convincing in Dan Gilroy’s electrifying script as a homeless and desperate young man, who wanders the eerie streets of LA in search of success.

And besides, if Jake Gyllenhaal is impressed, it says a lot.

He is snubbed at home by the BAFTAs 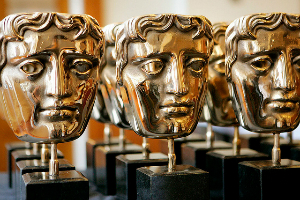 As the predominately white nominations rolled in for the Oscars, the internet was flushed with heated comments by every critic from entertainment to politics.

However this was not mirrored in the UK, when a similarly unrepresentative list was announced for the BAFTAs.

The real shocker though was Riz’s exclusion from the nominations. It is extremely puzzling that a British actor who starred in a critically-acclaimed Hollywood feature was completely overlooked by Britain’s most prestigious film awards.

Nightcrawler is clearly on the radar of BAFTA, having bagged three nominations including Best Actor. Yet, Riz has not managed to secure a nomination. 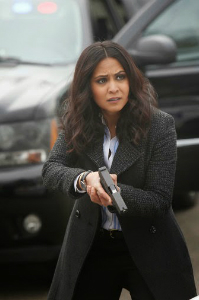 Black British actors and filmmakers, despite struggles to reach the top, have seen success at the BAFTAs.

However, BAFTA, now in its 68th year, has only awarded a handful of Asians in the industry for their achievement.

The most notable of these is Ben Kingsley for Gandhi (1982). Since the turn of the millennium, positive Asian representation has been close to none.

BAFTA’s oversight of Riz comes at a time when Asian actors are breaking new grounds.

Dev Patel will be next seen on the big screen in Chappie (2015), alongside Golden Globe winners Hugh Jackman and Sigourney Weaver.

On the small screen is a long list of Asian actors in comedic and dramatic roles, such as Satya Bhabha in New Girl and Parminder Nagra in The Blacklist. The latest addition to Desi presence on TV is reality show, Desi Rascals.

One can only wonder what more it will take for the British film industry to acknowledge the contribution of the largest ethnic minority community in the country.

DESIblitz would like to congratulate Riz Ahmed on his nomination for the upcoming Film Independent Spirit Awards.

Scarlett is an avid writer and pianist. Originally from Hong Kong, egg tart is her cure for homesickness. She loves music and film, enjoys travelling and watching sports. Her motto is “Take a leap, chase your dream, eat more cream.”
Sonam Kapoor entertains in Dolly Ki Doli
Sunny Leone still an outsider in Bollywood?