Riz Ahmed teams up with Billie Piper for this thriller about a private detective set in modern day London. City of Tiny Lights is directed by Pete Travis.

After taking the international scene by storm as The Night Of’s complex yet endearingly vulnerable Naz, talented actor Riz Ahmed returns to his roots with new British thriller, City of Tiny Lights.

Also starring Billie Piper, of Doctor Who fame, in the lead, the film is directed by Pete Travis. Travis is popular in the British short film circuit and has garnered many a positive review for his films at recent film festivals.

This is also why there has been a significant buzz surrounding City of Tiny Lights’ UK release.

The City of Tiny Lights follows the story of Tommy Akhtar (Riz Ahmed) – a cricket fan, devoted son and a private detective – whose life changes forever after a strange encounter one odd night.

Recovering from a hangover one morning, Melody (Cush Jumbo) a high-class prostitute walks into his office asking for help in finding her missing friend Natasha. With luck not on his side as tries to track down Natasha, he ends up finding the dead body of a Pakistani businessman Usman Rana in a cheap hotel.

Before he knows it, Akhtar is drawn into a sinister, interlacing world of MI5, smack dealers and radical Islam. His journey to uncover the truth leads him deep into the murky politics of modern London, and deeper still into his own history.

Will Tommy Akhtar survive the mess he’s in? You’ll have to watch the film to find out.

With British papers calling him the modern-day Sherlock, in City of Tiny Lights, Riz Ahmed has definitely had a smashing year. Seeing him back in a British avatar is surely exciting for his British fans. When recently asked about the audience experience and what appealed him to sign the project, he said:

“It is a contemporary British film, set in contemporary Britain, and I think it was that from a big picture point of view, and more specifically the character is one I feel like I can relate to. It’s so familiar to me, and yet one that you don’t necessarily see very much, again, in film.”

“That kind of wry, British, jaded, cynical dude who spends a lot of time down at the pub and kind of looks at the world a little bit sideways,” he added.

“I feel he’s a very kind of London character, and one that perhaps you don’t get to see very much. I just really connected with that character, and the specificity of how he works.”

When asked if there were any similarities between an actor and a detective, he agreed: 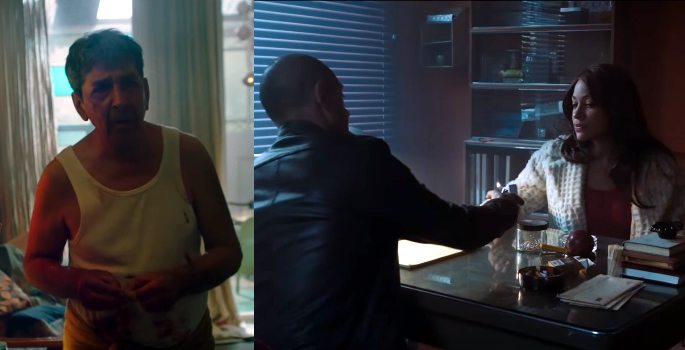 “I do kind of go interview people and as I’m interviewing them I often tape record them. And in doing that I kind of feel like I just capture a nuance of intonation or an accent that serves me quite well, as just a way to access their vibe almost on set or in my trailer or in the car in the morning.”

In another interview, director Travis shared the reason he took up the project: “Our producer Ado [Yoshizaki Cassuto] gave me the book 8 years ago and asked me if I was interested and I loved it,” he said.

“I loved the title, and [how it] seemed to suggest if you look out on a city of lots of tiny lights, there are lots of souls and people’s lives all mixing together and finding ways to bump and bang into each other and maybe create chaos but also maybe beautiful things as well.”

He added that Riz was always the first choice:

“It was always Riz. He was a friend of Patrick’s – there was a book slam scene in London where indie people go and read their work out loud and Patrick, Riz and I met through that.”

“Riz was always interested in the book, and I would meet him a few times and say this is where the script’s going. And this was 4 or 5 years before we ever shot it, so nobody else was ever going to be in the movie for me.”

Watch the trailer for City of Tiny Lights here: 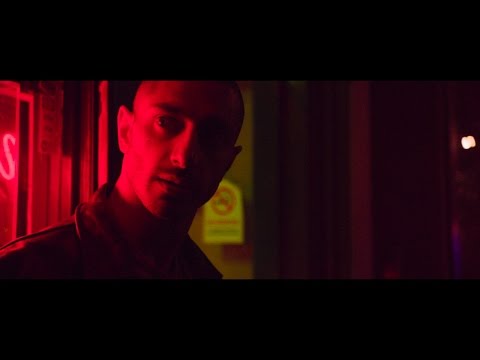 Describing the film, Travis said: “I think this idea of being haunted by ghosts from the past is very central to the film.”

And the trailer of City of Tiny Lights reflects that perfectly. Having a noir-ish feel, the film beautiful integrates the two narratives of the dead businessman and missing woman in an enigmatic way while reminding one of Ahmed’s fabulous depiction of Naz in The Night Of.

Furthermore, his hot chemistry with Billie Piper, evident from the trailer, serves as a great tease to lure audiences into theatres.

So are you ready to be part of this rollercoaster ride? City of Tiny Lights releases from 7th April 2017.

British born Ria, is a Bollywood enthusiast who loves to read books. Studying film and television, she hopes to one-day produce good enough content for Hindi cinema. Her motto is: “If you can dream it, you can do it,” Walt Disney.
Rangoon ~ A Vintage Love Story Amidst War & Conflict
Dev Patel and his journey from ‘Skins’ to ‘Lion’