Best Dressed at the Filmfare Awards 2017

The 62nd Jio Filmfare Awards 2017 saw Bollywood pull out all the stops on the red carpet. DESIblitz brings you all the fashion hits and misses of the night!

Every year, Bollywood’s biggest stars put on their finest glad rags for the Awards season.

The 62nd Jio Filmfare Awards 2017 were no exception as some of our favourite actors donned the most stunning outfits.

But who were the best dressed? We run down the hits and misses on the Filmfare Awards 2017 red carpet. 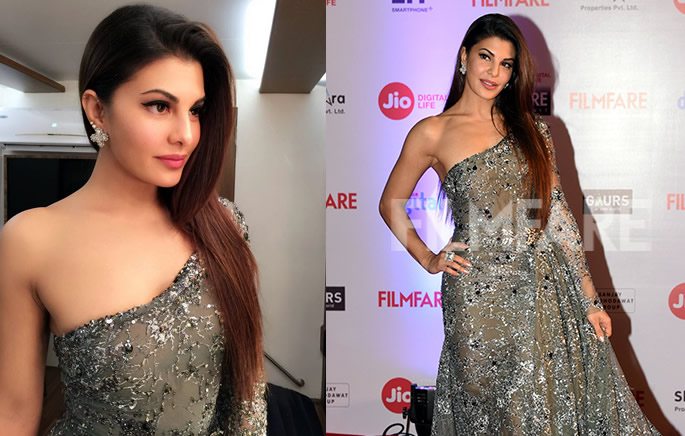 Bollywood actress Jacqueline Fernandez was truly the belle of the ball in a glittering grey Ali Younes Couture creation.

They off-the-shoulder dress was a perfect fit for the beauty’s slender form. Jacqueline teamed her look with minimal accessories and makeup. Take a look at the full gown from her Twitter video below.

@sonamkapoor ready for the @filmfare awards in @eliesaabworld Haute Couture. Representing my favourite film of the year, NEERJA.

The fashionista of B-Town, Sonam Kapoor regularly tops the Best Dressed list. Her unique style and brave fashion statements regularly have her turning heads every time she leaves her front door.

Filmfare was no exception. Styled by her sister Rhea Kapoor, Sonam stunned in a sheer white Elie Saab creation with gold cutwork. It was a great night for Sonam, who also took the ‘Filmfare Critics Award for Best Actor (Female)’ for her portrayal of the real-life flight attendant Neerja Bhanot in Neerja. 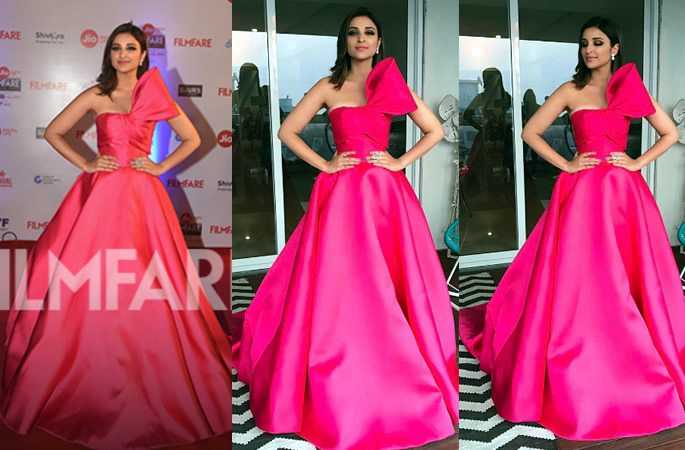 We particularly love the bow in the bodice, and Parineeti stuns with a matching pink lip and smoky eyes. 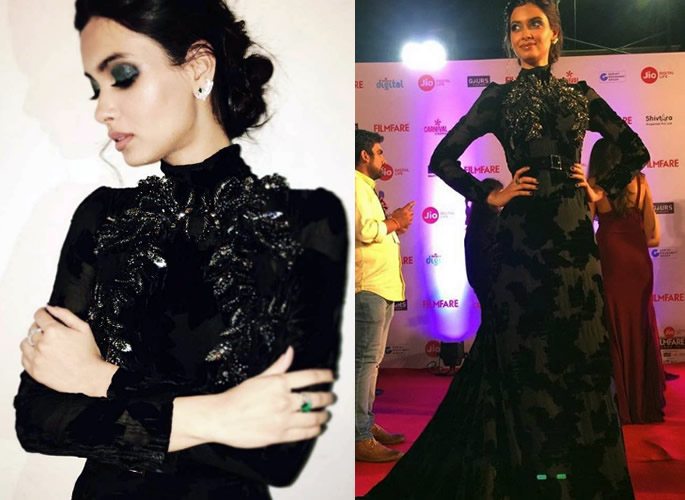 Diana Penty takes on Victorian goth-glamour with this black Atelier Alfazairy dress. Despite the busyness of the velvet embossed patterns, belt and high collar, Diana pulls of the look elegantly.

With her hair pulled in a bun, Penty matches her outfit with Harsh Sagar jewels. 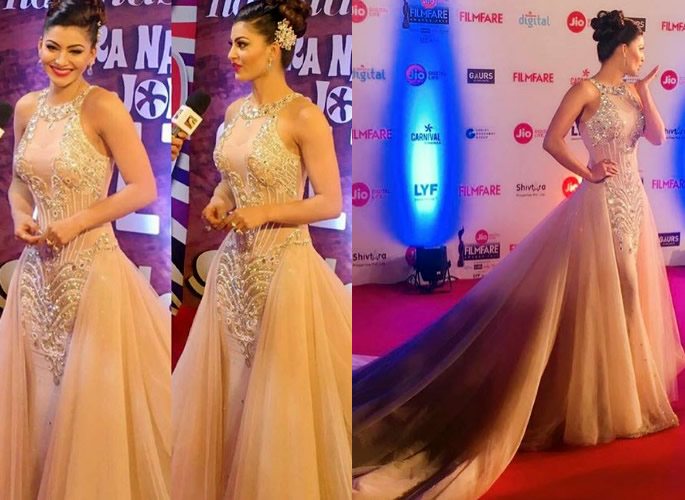 Urvashi Rautela continued the princess theme with a Fairytale Gown by Belluccio. The light pink dress embellished with crystals on the bodice has an enviable train.

Urvashi teamed her outfit with accessories from Farah Khan Jewellery.

Deserving mentions should also go to the evergreen beauty Sridevi, who seems to grow more elegant with age and walked the red carpet in a beautifully detailed black gown.

Sunny Leone was certainly a head turner on the red carpet with a perfectly fitting marsala coloured dress designed by Swapnil Shinde. The stunning halter-neck saw sheer panelling at the back and cutouts around the waist.

On the other side of the spectrum, however, both Preity Zinta and Sonakshi Sinha failed to impress on the carpet. Preity’s bright yellow gown was not a great look, and Sonakshi appeared to be trying too hard in a bottle green dress with layered frills and an updo. 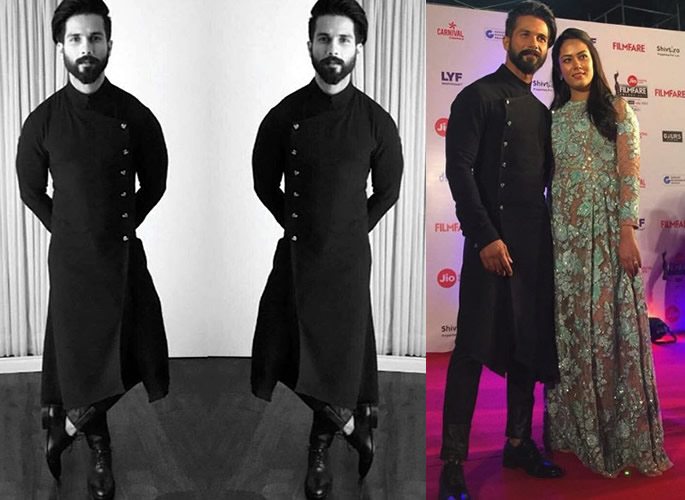 Shahid Kapoor is known for his edgy style in Bollywood. He seems to effortlessly elevate any outfit he is in with his toned physique and boyish good looks.

The award-winning actor has also released his own fashion brand, Skult, showing off his creativity and incredible fashion sense. 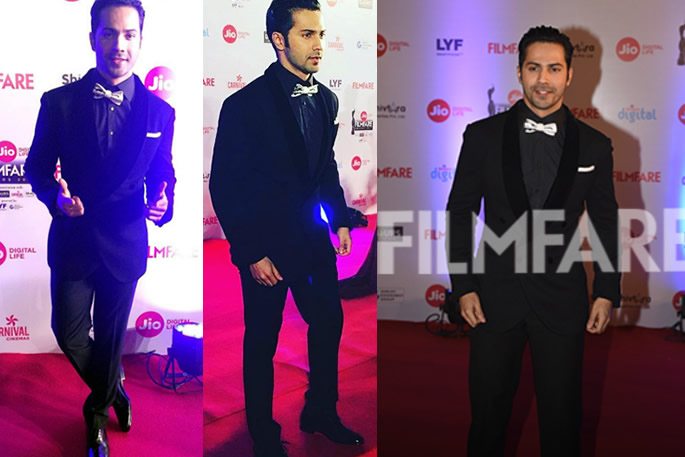 Varun Dhawan opts for black and silver for the Filmfare red carpet. The cheeky chap dons a heavy velvet blazer with a black shirt.

The deliberately-wonky silver bow-tie looks great with its matching pocket square. He completes the look with slicked back hair and a manly stubble. 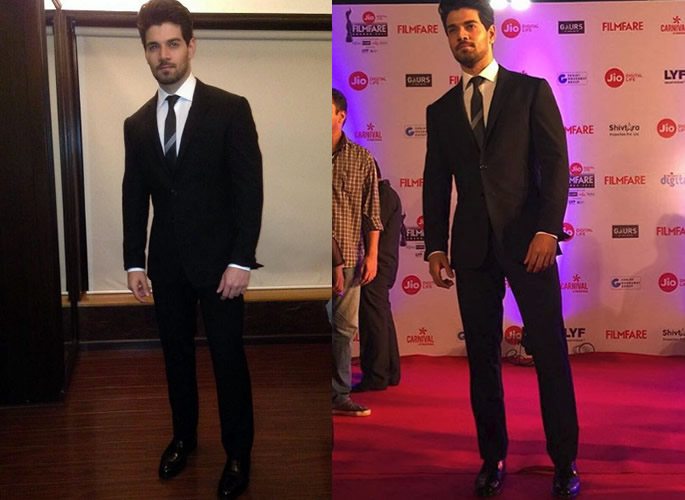 Sooraj Pancholi takes dapper to a new level with this subtle yet clean look. The custom-made Mohammed Omair suit is a perfect fit for the Bollywood hunk, who completes his look with a striped tie and a piercing gaze. 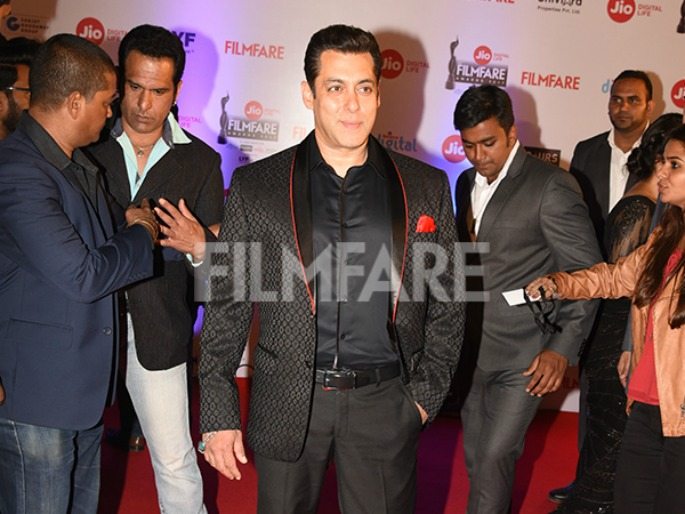 Bollywood Bhai, Salman Khan can always be counted on to bring swag to the red carpet. The actor has become more experimental of the years with his tailored blazers – opting for contrasting textures and materials. 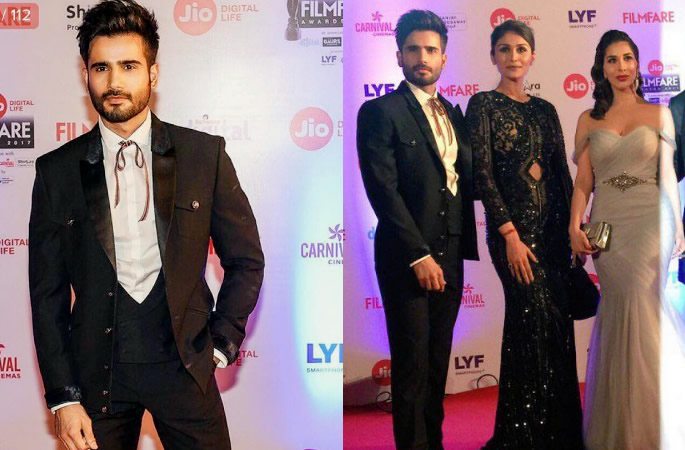 Karan Tacker opts for an edgy look for Filmfare. The black buttoned dinner jacket with shiny lapels by SDS Man is a great contrast to the classic white shirt and dangling red bow.  The low vest completes the look perfectly.

Just missing the best-dressed list this year was Sidharth Malhotra. While the actor looked dapper in his suit, the ill-fit of the blue-turquoise blazer let him down.

Each year sees Bollywood’s celebs grace the red carpet in their finest designer outfits, and this awards ceremony was no different. From bold colours to suggestive cuts, these actors love to push the boundaries of fashion.

Take a look at the full list of winners of the 62nd Jio Filmfare Awards 2017 here.