Ahad Raza Mir’s ‘Affairs’ the cause of Sajal Aly Divorce?

The reported divorce between Sajal Aly and Ahad Raza Mir has shocked fans. There are now rumours that Ahad had several affairs.

“The actress had caught her husband cheating"

Ahad Raza Mir and Sajal Aly’s reported divorce has shocked fans and the reasons behind it have become a topic of discussion for social media users.

For several months, there had been speculation that all was not well between the couple.

The rumours heightened when Sajal removed her husband’s surname from her Instagram bio and Ahad failed to make an appearance at family functions.

Reports have stated that the couple has now divorced, however, neither Sajal nor Ahad have spoken about the matter.

Now, according to journalist Matloob Tahir, he claims that they divorced due to Ahad’s extramarital affairs.

In a video, he said Ahad had affairs with several women.

When Sajal caught him, she decided to part ways.

He said: “The real reason behind their divorce was the Yaqeen Ka Safar star’s extramarital affairs.”

“The actress had caught her husband cheating on her with women.”

Matloob’s claims angered many social media users, who told him not to make such statements without clear evidence.

One user said: “This is exactly the reason why couples should come forward with a clear cut statement about their relationship.

“So that these kinds of videos and assumptions don’t circulate.”

Another said: “Such a shameless man, he is just for a few views. He’s talking s***.”

One story implied that the truth about her alleged split will come out. However, another indicated that was an illicit relationship.

It read: “Hoes are worthless homewreckers who’s searching for attention in other people’s relationships! Get a life!” 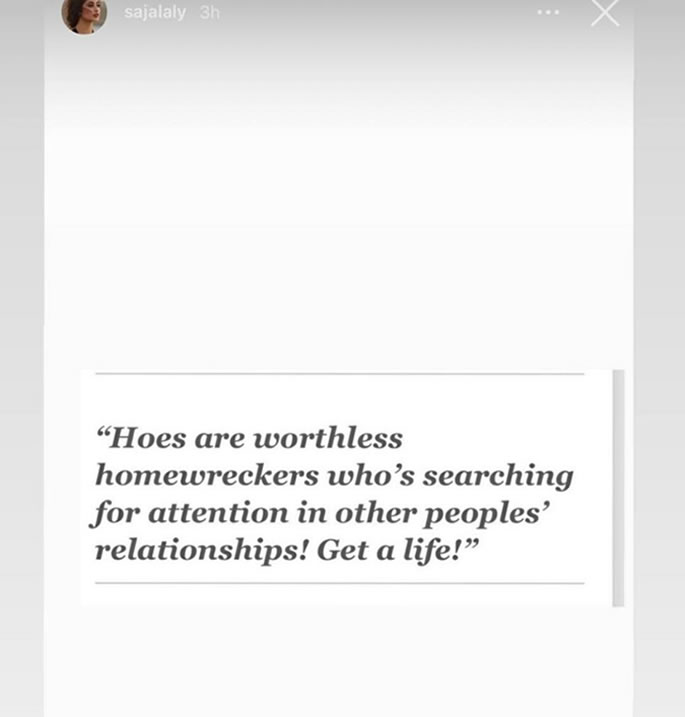 Another rumour came from YouTuber Yasir Shami, who claimed that Sajal’s decision to do films led to the split.

He claimed that Sajal was only allowed to do TV shows after marriage, but she wanted to do films as well.

But the actress’ fans refuted Yasir’s claims, stating that Ahad is working in films so why would he stop Sajal from doing films.

Both Sajal Aly and Ahad Raza Mir have remained quiet on the matter. Only time will tell if one of the two will open up and provide their fans with an update.

Dhiren is a journalism graduate with a passion for gaming, watching films and sports. He also enjoys cooking from time to time. His motto is to “Live life one day at a time.”
Kareena Kapoor warns Saif against Having Child at 60
South Asian Representation in Western Reality TV