Does South Asian representation exist in Western reality TV or not? We explore this from a British and American point of view.

"I see the lack of diversity amongst the casting."

From a Western reality TV perspective, South Asian representation is somewhat of a mixed bag.

Reality TV has seen a lot of success, heading into the new millennium. Besides, mainstream TV, the rising popularity of streaming platforms has made these programmes more accessible globally.

However, does this genre do justice when it comes to South Asian representation?

Evidence and examination indicate there is a British and American divide in this debate. A lack of South representation is present.

Having said that it is not all doom and gloom. There are encouraging signs, especially where producers and platforms have made an effort to reflect diversity and promote freedom of speech.

We explore South Asian representation in Western reality TV, looking into some of the shows, with an exclusive reaction. 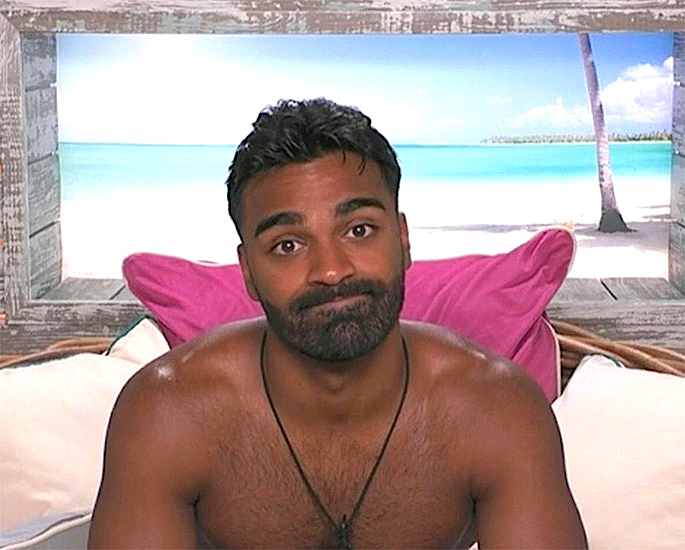 According to the Office of National Statistics, Asian or British Asians made up 6.92% of the UK population.

This makes them the largest ethnic minority group in the country. This does not include those who may be of mixed backgrounds.[nb1]

Surprisingly, despite such a presence within the UK, this doesn’t appear to reflect on reality TV.

Love Island, one of the most popular reality tv shows in the UK has hit a peak of over 3 million views.

Despite being a massive platform, it has only seen a few individuals with a South Asian connection until season 7.

This begs a few questions. Has there been a drive to recruit more South Asian applicants for the show? Are the producers trying to maintain a certain aesthetic, which South Asians may not meet?

Love Island has a “raunchy reputation.” It has become famous for bedroom sex scenes and flirtatious challenges that require heavy physical touch.

Therefore, such explicitly probably explains why there may be a lack of South Asian representation.  Whilst younger South Asians are more open, they still have to think twice.

This is due to the prevailing conservatism within South Asian communities as a whole. In 2018, the BBC went on to explore this through a survey.

The findings revealed that the South Asian population were “more socially conservative – and more optimistic – than the wider UK population”. This was particularly the case when it came to relationships and dating.

There also tends to be a deeper challenge in general for the representation of minority groups.

It is a fact that people of colour who have partaken in the programme, often encountered a plethora of issues.

These include little screen time and insane stereotypes. They were also made to feel belittled when compared to impossible Eurocentric standards of beauty.

Nas, a 2020 contestant of Trinidadian and Indian descent, was a bubbly and cool character.

However, when no girls came forward for him at the coupling, he had to partner with Siannesse Fudge by default. She made a comparison of him with Aladdin.

There is even a bigger amount of pressure on South Asian women. They often struggle to find ways by which they can hone their sexuality.

This is without being shunned, or with an insane expectation to remain conservative.

Therefore, there was hope in the 2021 contestant, half Scottish, half Indian, Shannon Singh.

Having previously been a glamour model, she broke many South Asian girl stereotypes when it came to beauty and feeling sexy.

However, less than 48 hours in, she was shown the door unexpectedly from the Island.

Priya Golpaldas also of Indian descent had proven that brains and beauty are two qualities that can live in harmony. However, she too had a very short on the programme.

Love Island has suffered from its lack of diversity and inclusion. Despite development towards this, there is a sense of tokenism that arises.

These contestants are plastered all over billboards to advocate and upsell the diverse casting. Yet, in reality, they are overlooked and the aforementioned are not as involved as expected.

Expressing her disappointment, Kavani Patel, a university student from Harrow and a fan of the show, told DESIblitz:

“I love watching these types of programmes as they really are a light form of entertainment. But I’m also never surprised when I see the lack of diversity amongst the casting.

“It would be great to look to these programmes and not be surprised when I do see a South Asian.”

It is quite evident that South Asian representation has not really come to fruition on Love Island. 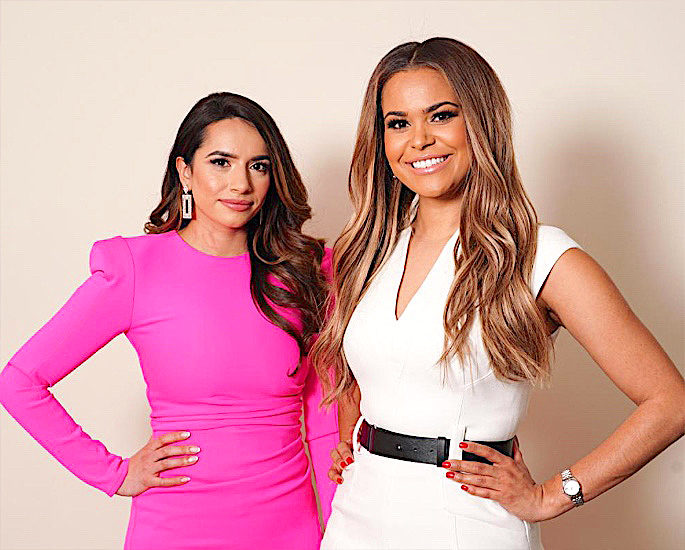 However, in contrast, we have seen the popularity of South Asian contestants, in the reality, show The Apprentice (2005).

There has been a positive representation on this show, in line with expectations of South Asians, especially concerning their career aspirations.

Within the 2022 lineup, a quarter of the casting was of South Asian descent. This is quite impressive in comparison to Love Island.

With both finalists being women of colour, the show demonstrates a very progressive perception.  Perhaps, Love Island needs to take a leaf out of The Apprentice book. 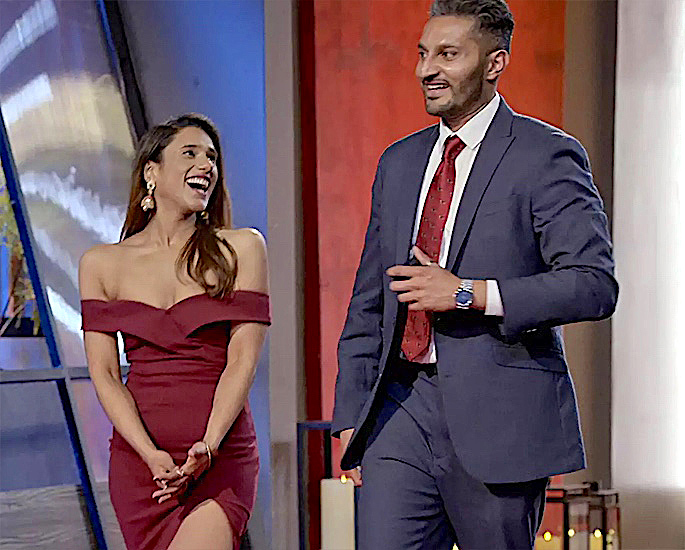 Moving across the seas there appears to be a surge in representation. This is particularly the case when viewing the scope of contestants that often populate American reality TV.

One can argue that Desi Americans perhaps uphold a more liberal view. Hence, there is more representation in American reality TV, especially in the world of dating

The show has become known for housing individuals from all walks of life. I even had a South Asian couple as a frontrunner of the series.

The show itself replicates some traditional aspects of South Asian culture, with marriage being a key focus.

The 2022 season was fortunate to present modern-day representation This is in the form of Deepti Vempati and Abishek ‘Shake’ Chatterjee.

The pair had fallen for each other during their blind dating period. However, by their own admission, the two had had never been on a date before with another South Asian.

For many, it was great to hear this discussion on the show, especially about the challenges people of colour face when growing up.

It also went to highlight how dating was a big no within South Asian communities.

Many South Asians living within the western world have had some form of experience, being the anomaly in such a situation. Thus, this representation and discussion are so vital.

It was also refreshing to see it on Western television, particularly with the programme gaining international exposure.

Furthermore, there was an appearance of parents from both sides in the show. The parents went on to display very liberal views toward their children’s choices.

They also were very encouraging in choosing happiness over marriage. This was a big point in that marriage remains a massive form of value and self-worth within the South Asian community.

These discussions on a western reality TV show reassure of progressive attitudes. 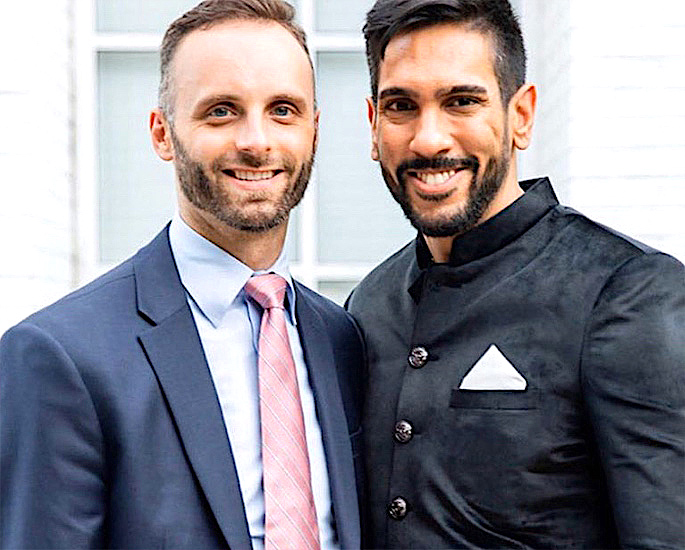 In March 2020, an all-Indian American reality TV programme Family Karma made its way on Bravo TV.

The show followed the lives of several families, across three generations, living in Miami, Florida.

Family Karma had shown how Indian Americans live a “normal life” as well as their ability to successfully manage the pressures of traditional and western culture.

The series saw the principal character Amrit Kapai come out as gay to his parents and grandparents. Later, in the show, they also welcomed his boyfriend into their home.

Sexual orientation is such a sensitive topic within the Desi community.

Therefore, it was extremely promising to see South Asian representation on this scale.

The show had also gone on to explore the dating life of Anisha. This is a topic, which remains a typically taboo subject.

There was an episode around Anisha visiting a sex shop to get her “back in the saddle”.

This was a good depiction of normalising South Asian women, who want to build an open conversation around sexuality. In addition, they also want to be able to share experiences with one another.

Over time, there has definitely been a positive shift in South Asian representation in western reality TV.

However, particularly when it comes to the UK, there is an incessant need for a bigger push and focus on sharing stories.

In the US, it appears that a more liberal community has allowed a bigger representation of South Asians.

Although reality programmes often get a bad name for being “trash tv”, it is evident that they do act as a form of educative tool.

Through the shows explored, they have documented aspects of South Asian life that are often avoided or not spoken about.

Bringing this into the limelight not only provides a platform for discussion within the community but also a level of understanding for those outside.

This helps to break barriers and free South Asian representation from stereotypes that Western TV has often imposed in the past.