In a remarkable story of love and tragedy, an Indian girlfriend has moved in with her in-laws to be after their son was killed by her family.

"I used to talk to Chotu on my mobile, but had not seen him."

A love story from Bihar in India has ended in tremendous pain and suffering for the girlfriend named Aarti, who left her family and moved into the house of her lover’s parents after her boyfriend, Chotu, was killed by her family members.

The tragic story comes from Barowa village located in the Araria district of Bihar, where Aarti lived with her family. Chotu lived in Rahariya village with his family which is about 35 kilometres away.

19-year-old Aarti had never met Chotu Yadav, aged 20, in person. They accidentally met over the phone after he called her on a ‘wrong number’. Both of them started talking frequently after this and slowly fell in love over two years.

They decided marriage was the next step for them. Aarti told her family about her relationship with Chotu. The family ‘agreed’ to set a marriage date for July 5, 2022.

They told Aarti to call Chotu and request him to come to their home. When Chotu came, he was quickly grabbed and locked in a room by her brother and he started beating him violently.

Aarti was locked in another room where she was helplessly screaming and crying hearing how her family had set upon Chotu under the pretence of agreeing to their marriage.

On July 6, 2022, the matter was then brought in front of the village council, the panchayat. They discussed the marriage and said agreed for it to take place. However, her brother-in-law objected and said her family were not ready.

He told Aarti they were going to kill Chotu. Then her father, brother and brother-in-law kept Chotu in a room and killed him.

Aarti devastated by seeing what they did, managed to escape and follow Chotu being taken to the hospital. She went to the police and told them that her family members had killed Chotu.

Deceived by her family, Aarti then made a bold and courageous move in the name of her love for Chotu, she did not go back to Barowa village but instead went to the Chotu’s family home in Rahariya village. 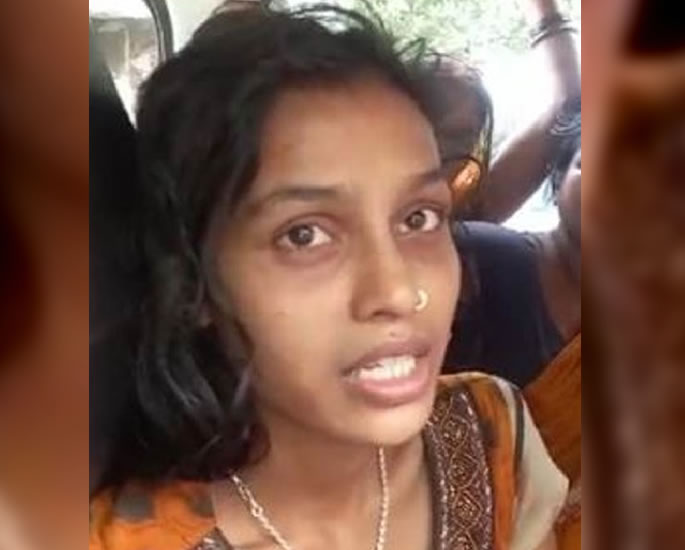 Since then she has not gone back. Many days after the murder she is living at Chotu’s family’s house with her self-declared ‘in-laws’ and Chotu’s two brothers.

Soon after she arrived at their home, on Friday, July 8, 2022, Aarti was taken to hospital by Chotu’s parents. She stayed there for five days for treatment of the shock and then returned to the Yadav family home after being discharged.

However, Aarti is still not in not good health. She is completely subdued and depressed by the loss of her boyfriend Chotu. She is constantly crying and suddenly faints during talking.

Chotu’s parents who are poor, have taken her in with open arms and are doing everything they can to look after her and support her.

Guarding her day and night, Chotu’s family suspect that some people, most likely connected with her family, are roaming around to take Aarti. So, anything could happen to her and they are looking out for her safety.

Aarti says she is going to stay with them as Chotu’s widow. Chotu’s parents say that after losing their son they cannot lose Aarti now.

Chhotu’s father Umesh Yadav and mother Vimala Devi said that their son was badly betrayed and then killed by Aarti’s family members, and Aarti was deceived by them.

They say Aarti is now part of their home and they intend to look after her as their own because she has said she never wants to go back to her family.

In an interview Aarti said while crying:

“I used to talk to Chotu on my mobile, but had not seen him.

“After the talk of marriage was had with my family, at their behest, I called Chotu to tell him to come to our house to meet him.

“We were both assured by my family that we would get married.” 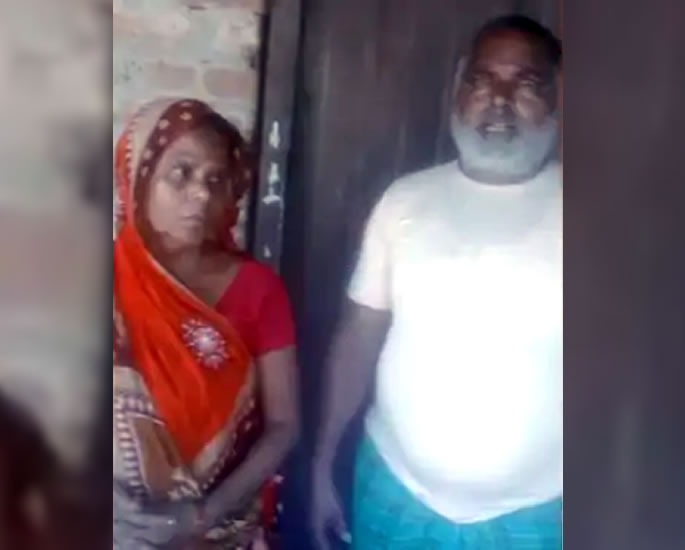 “My son was born in a poor family. The poor have no right to be loved.

“I have only one and a half bighas (acres) of land. Farming was not able to meet the expenses of the family and the education of the children.

“Five years ago, in order to maintain the family, I used to send my sons to Punjab and Delhi to work.

“After earning money from Delhi and Punjab, they used to send us the money. This helped keep the family afloat.

“One of my sons got married and we have also married three daughters.

“Maybe after seeing us being happy that people’s nazar on my family has now torn it apart with this tornado of wind.”

Speaking of Aarti he said:

“The condition of the girl is bad. Even after explaining to her thousands of times, the girl does not want to eat or drink.

“On the one hand, I am trying to deal with the sorrow and loss of my son, on the other hand, the responsibility of maintaining the family.

“On the third, the concern for the girl. We hope an untoward incident does not happen once again. We are scared just thinking about this.”

Police have arrested her father and brother but her brother-in-law has absconded.

“Chotu was murdered due to having a relationship with Aarti.

“The girl’s family had told Aartil that if you love him, call him and tell him to come to meet us so that they can be married.

“But after the girl called her lover and when he arrived took him to another room by deceit and killed him.”

Police are still looking for the brother-in-law to make the final arrest in the case.

Nazhat is an ambitious 'Desi' woman with interests in news and lifestyle. As a writer with a determined journalistic flair, she firmly believes in the motto "an investment in knowledge pays the best interest," by Benjamin Franklin.
‘Predatory’ Man Abducted & Sexually Assaulted Injured Woman
Paul Chowdhry attacked in London whilst in his Car