Mowgli’s journey comes to life in The Jungle Book. The live action film directed by Jon Favreau and starring Neel Sethi is a stunning visual feast.

Walt Disney Pictures is all set to bring back the infamous childhood phenomena The Jungle Book to the big screen in an all new contemporary style.

Directed by the talented Jon Favreau, the live action remake promises a wonderful visual journey of young Mowgli and his friends from the animal kingdom.

The beloved character of Mowgli is played by talented child actor, Neel Sethi. Neel has already been receiving a positive reaction from critics and audiences for his portrayal of the Disney character.

Owing its close ties with India, Walt Disney have also released a Hindi-dubbed version of the film for South Asian audiences as well. The voice actors include Priyanka Chopra, Om Puri, Irrfan Khan and Nana Patekar.

The Jungle Book follows the story of a young human boy named Mowgli (played by Neel Sethi) raised by Indian wolves Raksha (played by Lupita Nyong’o) and Akela (played by Giancarlo Esposito) when found by a black panther (played by Sir Ben Kingsley) as a baby. 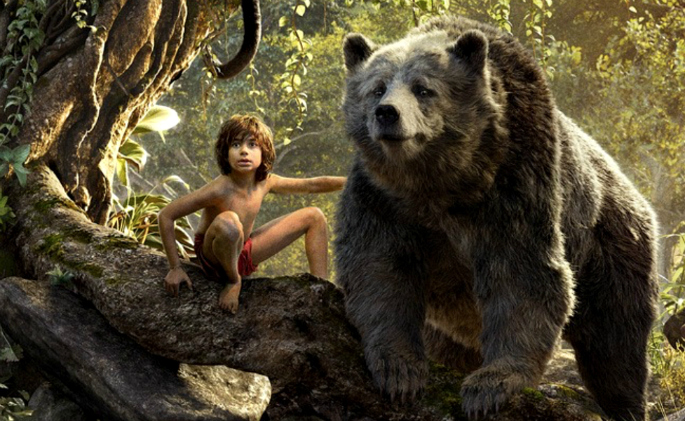 Always having been part of the animal kingdom, Mowgli has a happy and content life in the jungle. However when his life is threatened by the Bengal tiger, Shere Khan (played by Idris Elba), Mowgli has no choice but to leave his jungle home with his mentor, Bangheera, and return to the Indian village.

Mowgli encounters many creatures along the way who don’t exactly have his best interests at heart including Kaa (played by Scarlett Johansson) the python, and the smooth-talking Bornean orang-utan King Louie (played by Christopher Walken). He also makes a life long friend in Baloo the bear (played by Bill Murray).

Having to fight everyone and everything on his own, Mowgli finds himself on a remarkable journey of self-discovery. Will Mowgli find his way back home, and will he be able to defeat Shere Khan? 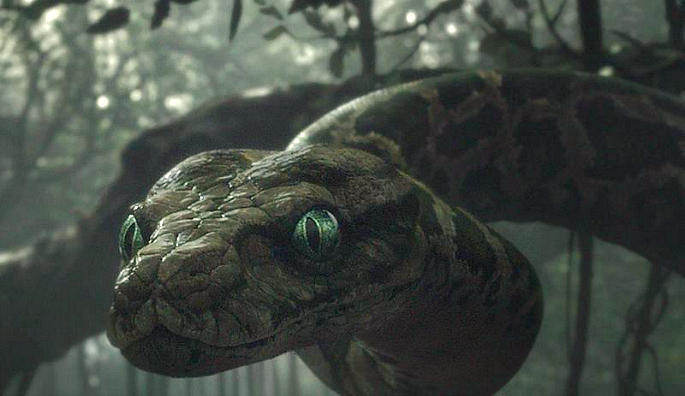 Being such a well-loved animated Disney classic, director Favreau has been questioned over how his remake will stand against the original animation. Favreau said:

“You’re not remaking the real movie. You’re remaking the memory of the movie. Most people have contextualised the movie based on how old they were and what they remember now. And in that regard, it’s very, very difficult to compete with that.”

“When I first set out to make this film, I would list the images that I remember most clearly [from the original film]. I remembered certain songs, I remembered Kaa hypnotising Mowgli, I remember floating down the river, singing. The memories that sat most clearly in my consciousness were the ones I tried to maintain.”

Paying homage to the Disney classic is the musical soundtrack, by composer, John Debney. While the film is not a musical, there are some key songs from the 1967 movie.

The songs include ‘The Bare Necessities’ performed by Neel Sethi and Bill Murray, ‘Trust in Me’ by Scarlett Johansson and ‘I Wan’na Be Like You’, featuring Christopher Walken. 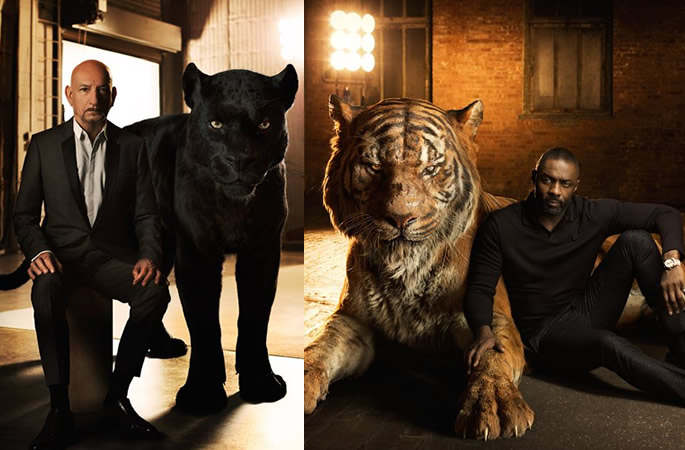 In the days leading to its release, the film has faced a bit of controversy, particularly in the way that race has been dealt with in the film, and the revival of the 1967 animation has drawn numerous concerns over racial stereotyping.

When asked about his vision for the film, director Jon Favreau said that British writer Rudyard Kipling’s 1894 The Jungle Book had largely influenced this version of the popular franchise.

However, many have criticised the original book for its many regressive racial stereotypes that were popular during the British Raj and colonial period. Regardless of the criticism Jon Favreau still proudly justifies as to why he felt he wanted to stick with the original book, saying:

“The archetypes introduced to a young Jon Favreau also affected who I am. So I didn’t want it to be distracting, but I definitely wanted to introduce to the next generation some of the influences I was introduced.”

Additionally, the film has also encountered issues with India’s censor board, which commonly censors many Hollywood films released in India. Censors have declared that the film has scenes that are too scary for younger viewers. Chief of the Censor Board Pahlaj Nihalani insisted:

“It’s not just the story that determines certification. It’s the overall presentation, the packaging and most important of all, the visual affects used to tell the story. In Jungle Book the jungle, animals jumping at the audience in 3D is startling. It’s up to parents to decide how much of these effects are suited for their children.”

Many however, have found Nihalani’s comments amusing, with many social media users mocking him on Twitter saying: “Not surprised Pahlaj Nihalani found the jungle book scary he more or less watches every film with the maturity of a one-year-old #censor.” 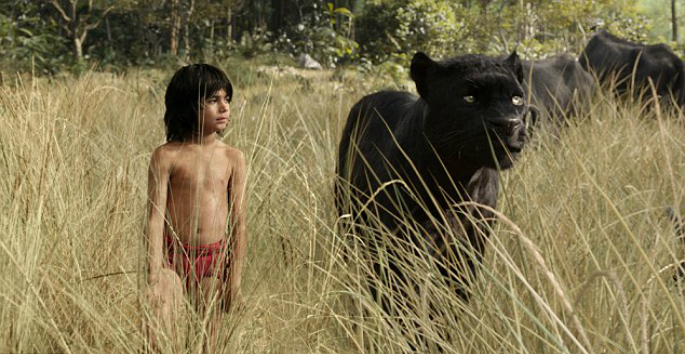 Despite the issues of censorship and racial stereotyping, The Jungle Book has emerged as a huge hit in India. Competing against the rule of Bollywood films, the Hollywood flick has maintained its own, making over Rs 48 crores in its opening weekend at the Box Office, one of the biggest grossers of 2016.

With the film releasing a week early in India, film critics have applauded the film as a visual treat. Trade Analyst, Taran Adarsh tweeted:

Watch the Official Hindi Trailer to The Jungle Book here: 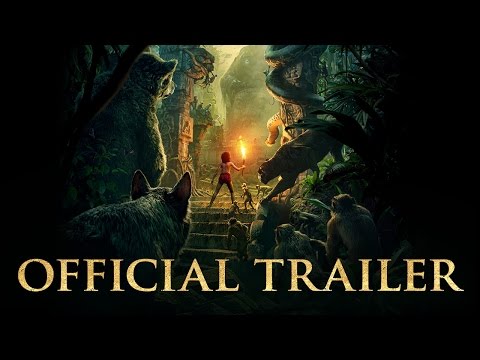 It is evident that director Jon Favreau has managed to perfectly balance the immense visual effects and endearing story telling alongside a very talented cast. It is a film for the whole family to enjoy:

“George Lucas would always say, ‘If you try to go for kids that are under seven years old, you’re going to lose the adults.’ I have kids that are [aged from] fourteen now to nine, and I tried to find the tone that would work for all of them.

So are you set to take a trip down memory lane with this fun adventure? The Jungle Book releases worldwide from April 15, 2016.

British born Ria, is a Bollywood enthusiast who loves to read books. Studying film and television, she hopes to one-day produce good enough content for Hindi cinema. Her motto is: “If you can dream it, you can do it,” Walt Disney.
William and Kate get Bollywood Reception
Priyanka Chopra meets New Love in Quantico