Things get steamy between Alex Parrish and Drew Perales in the 17th episode of Quantico, while Shelby Wyatt meets her parents for the very first time.

“I slept with Ryan Booth the marine I met on the plane.”

Following in the footsteps of Ryan Booth and Liam O’Connor, trainee Drew Perales falls head over heels for Alex Parrish in Quantico.

During an assignment to sneak across the Canadian border back to their training base, the duo decided to walk in the snow instead of catching a flight.

Taking shelter in a cabin cosily lit by a fireplace, Drew tells the frustrated Alex why he originally asked to switch partner for the assignment.

He says: “You don’t annoy me, Alex. You distract me. You pull my focus.

“I tried not to lean in to it, and then Ryan showed up, and everything that I heard about you two, I had to step away. When you’re around, you’re all I can think about.”

Clearly, his efforts to stay focused on his FBI training only draw him closer to Alex, who also finds him irresistible. Still pissed at Ryan for breaking her heart, she sleeps with Drew who told Iris (Li Jun Li) earlier that he would not ruin his training by getting intimate with Alex. 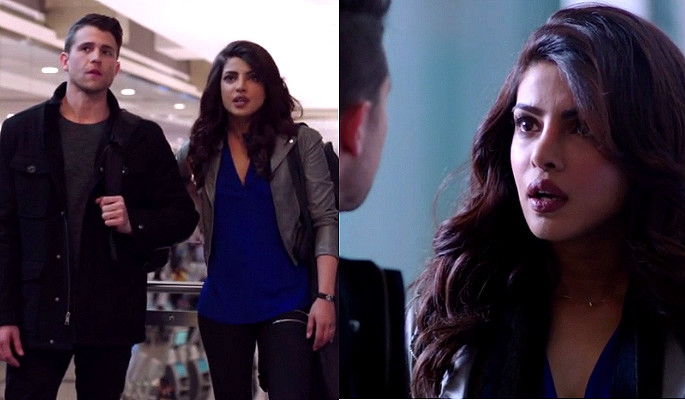 Her relationship with Ryan begins to head seriously downhill in both timelines. At Quantico, she draws the line with him once again with no love lost: “I don’t know you at all, Ryan. I know your heart, but I don’t know you.

“I slept with Ryan Booth the marine I met on the plane. I fell for Special Agent Booth under cover at Quantico. I said goodbye to Ryan at a party with his lovely ex-wife. And here you are, Staff Counsellor Booth.”

“Anyone one of them would have been more than fine. But all of them together… just too many pieces of too many different puzzles.” 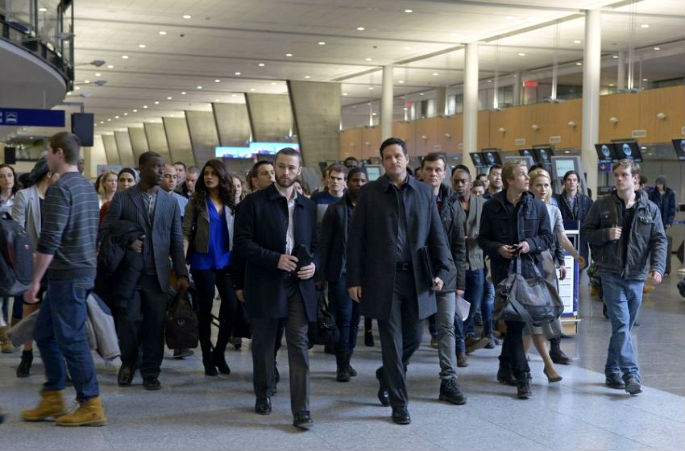 In the present timeline where she has been reinstated by the FBI and kickstarted her secret operation to find the terrorist, Ryan is working against her and vows in the previous episode to take her down.

Putting her unresolved issues with him aside, Alex makes headway in securing CIA’s asset as demanded by The Voice.

Upon discovering the asset is in fact her former classmate Will Olsen, her and Simon Asher broke him out of CIA custody to find out what he knows.

Before he is handed over to The Voice, Will firmly reassures Alex:

“I will help you stop this terrorist from the inside. Just think of me as your personal Trojan horse.”

Never would Alex imagine the terrorist also demands her closest ally Simon to be handed over as well.

Oddly, Simon does not seem too worried as he gets into the black van with Will. If anything, he seems relieved, begging the question if he has planned for this to happen – since he confesses to Ryan earlier: “Alex never stops. That’s why you have to stop her.” 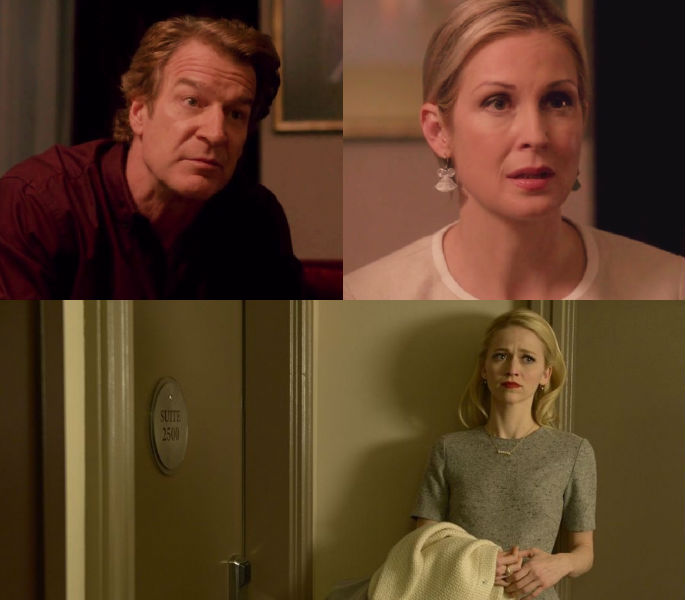 The episode ends with the revelation of Shelby Wyatt’s association with the terrorist. Is she acting against Alex because the second attack in New York killed her lover and FBI agent Clayton Haas? Or is she under threat by the terrorist who may have benefited from her parents who used to deal in arms trade?