Since welcoming baby Ahil on March 30, 2016, Arpita Khan and husband Aayush Sharma have been posting the cutest photos on Instagram!

“Salman himself reviewed some nanny applicants.”

Salman Khan’s sister Arpita Khan has been sharing the cutest photos of her baby on social media since giving birth on March 30, 2016.

The 26-year-old mother has been posting photos of her newborn with the family, including uncle Salman!

Arpita delivered baby Ahil in the Hinduja Hospital in Mumbai, and was discharged on April 5, 2016.

Her husband Aayush Sharma was overjoyed and posted a special message on Instagram to announce the arrival of their baby. 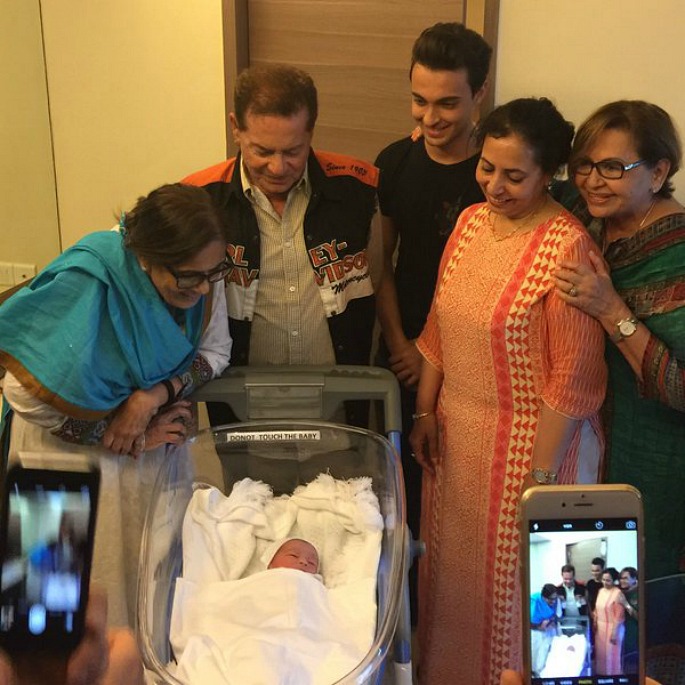 He also wrote the most beautiful and poetic message for Arpita: “You are the reason for my pride, but you have also made me humble.

“Thanks son, for this lovely emotional roller coaster.. Thank you for the best baby in the world. God has been super kind. Gave me the best wife and the best son.”

Salman, who rushed to the hospital from the set of Sultan, is loving every minute with baby Ahil, too!

On the same day that Arpita returned home from the hospital, Salman and the family reportedly started interviewing nannies for baby Ahil.

A source revealed: “Close to 25 women came in for the interview. The entire family was present including Salman.

“They wanted the best person to be the nanny for Ahil who is currently the apple of everyone’s eyes in the family. Interviews were conducted and Salman himself reviewed some applicants.”

Salman must have been very thorough as it reportedly took four hours to find the perfect nanny for his beloved nephew.

Congratulations to Arpita and Aayush on their little bundle of joy! We will be sure to keep our eyes glued to their Instagram feed for more cuteness!

For now, look through our gallery below for more photos with baby Ahil!