Arpita Shah is a Scotland-based photographer who was born in India. Her photography explores culture, heritage and identity.

"This project explores what it means to be a South Asian woman."

Arpita Shah is a photographer who focuses on capturing the identities and stories of migrant communities.

Despite being based in Scotland, Shah has international ties. She was born in India and spent her childhood in Saudi Arabia.

This means that when it comes to migration and diaspora identities, she can use her own experiences to shape her work.

We will explore 5 projects of Arpita Shah, including the project Modern Muse.

Modern Muse will represent and celebrate South Asian female identity across the midlands. Let’s take a closer look at her work: 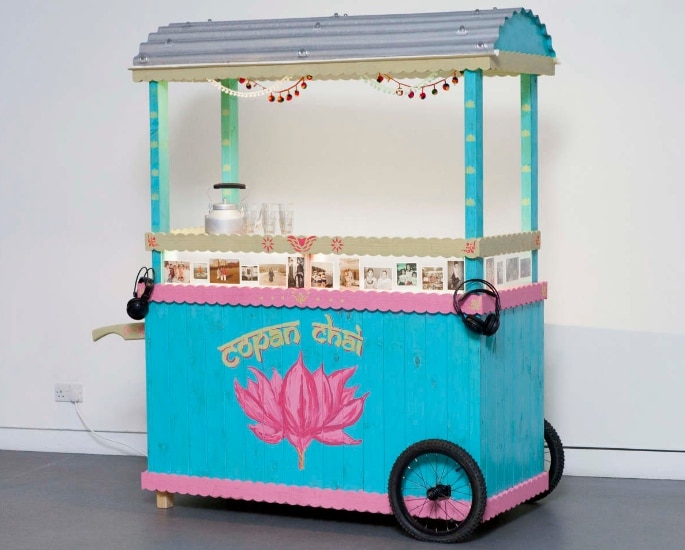 Nothing opens up the conversation quite like a Copan (a cup of) chai. Here, Arpita Shah took this opportunity to start a conversation on Asian Hebridean families.

Hebridean people derive from the Hebrides, an archipelago made up from hundreds of islands off the northwest coast of Scotland.

Copan Chai was a travelling tea stall, which carried masala chai across various parts of the Outer Hebrides throughout October 2017.

Those accepting the tea offer had the chance to listen to the memories, journies and stories of Asian families who made the decision to live on the island of Lewis and Harris. As Arpita explains on her website:

“The work explored Asian diaspora and the physical experiences of displacement through sound, taste, memory, smell and space.”

The stall features old photographs and headphones, which visitors can use when listening to the migrant stories. The stall is decorated with beautiful vivid blue and baby pink paint.

Images of Copan Chai and the visitors can be found on her website. 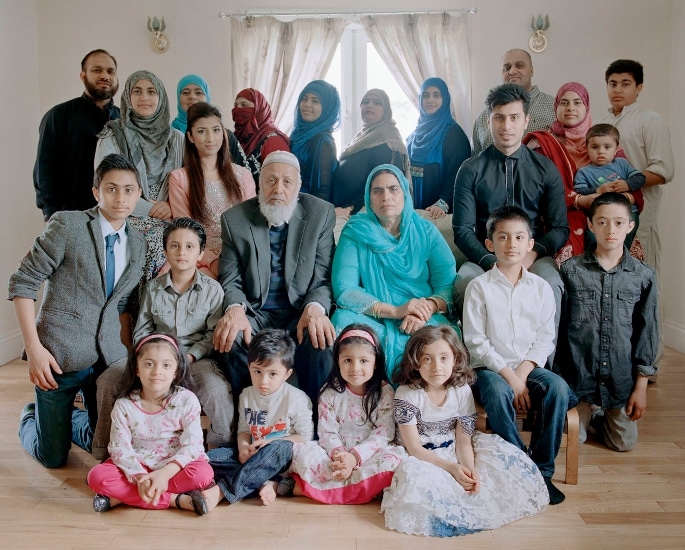 Arpita Shah focused on countries of the Commonwealth for this photography project.

More specifically, she explored families who are based in Scotland but have cultural roots in other Commonwealth countries.

Each photograph is a family portrait taken in their homes. Underneath each photograph, it mentions, which two countries the family come from. For example Nigeria / Scotland or India / Pakistan / England / Scotland.

Creative Scotland is the commissioning body behind this project. It contributed to their Commonwealth Games Cultural Programme of 2014. As Shah states herself:

“This work celebrates Scotland’s links to the Commonwealth, visually representing how migration between these countries has shaped the national and cultural identity of contemporary Scotland.”

The families ended up settling in various places in Scotland. Some have been living in Scotland for only a few years, whilst others have been settled there for up to four generations.

The portraits are accompanied by quotations from interviews Shah conducted with the families. The families were asked to discuss what home means to them.

“Home is not really a connection to a land for me, but the people and family that are around you and wherever they are is home.” 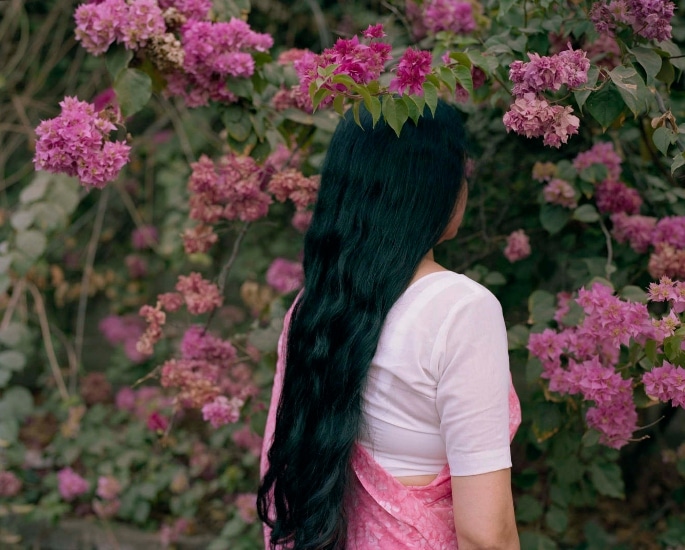 Arpita Shah takes a more personal approach with this next photography project.

Nalini is a series that explores the identities of Arpita, her mother and grandmother. Work for this project took place in India, Kenya and the UK.

It is more than portrait photography, exploring the relationship between the three women. As Shah expresses:

“It explores the intimacy, distance and tensions between the generations of women in my family, and how our histories, memories and bodies are intertwined.”

The world Nalini derives from ancient Sanskrit. It translates to ‘lotus plant,’ which symbolises purity and fertility, and it is also a popular Indian name for girls.

This project examined what it means to be a South Asian woman. It also looks at the beauty and challenges of understanding one another across generations and cultures.

“I wanted to share stories, portraits and experiences of women like mother, my gran and me and that’s what I’ve been doing for over 15 years.” 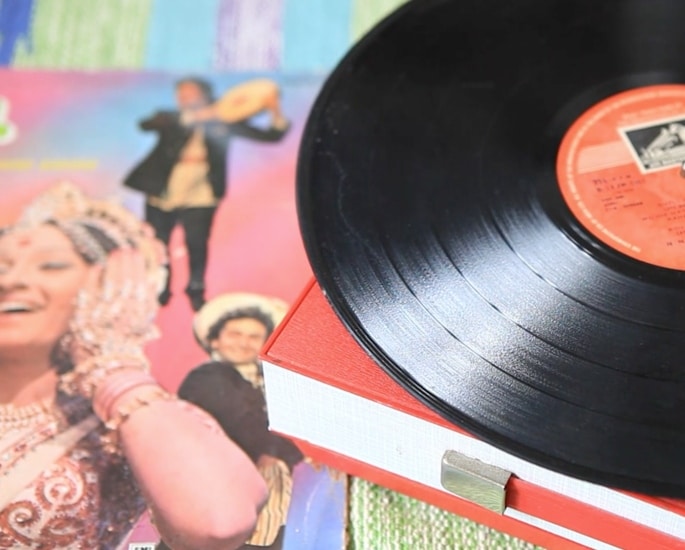 Zindagi Ki Ghazal showcases the filmmaking abilities of Arpita Shah. It is a short film exploring the South Asian elders who have settled in Glasgow, Scotland.

The film focuses on the men and women’s childhood memories of music.

By doing so, it provides a route where the interviewees reveal their experiences of moving to Scotland.

One participant spoke of how shocked she was when experiencing the cold winters of Scotland for the first time.

Another spoke of when she first arrived at Glasgow airport. She remembers being able to read the signs but did not know how to pronounce them.

In addition, Shah artistically pairs the interviewees’ recollections of their favourite songs alongside original music videos.

Occasionally, South Asian elders sing the songs themselves, before their singing merges with the original song.

These South Asian songs are clearly very precious to the older diaspora found in Glasgow. They explain that the music takes them back to their childhood. For instance, one participant reveals:

“In reality you are probably 76 or 74, but inside you feel 16 again [when listening to this music.] That’s why these songs are so precious to us.” 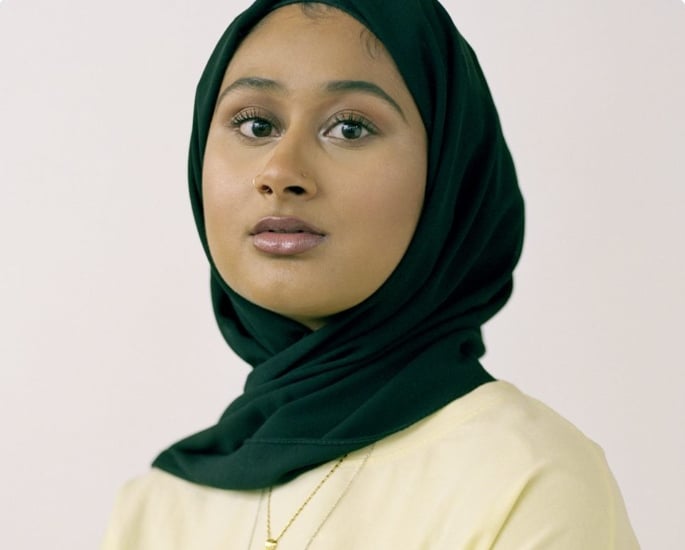 Last but not least, we have Modern Muse on our list. It is a forthcoming photography project by Arpita Shah, focusing on South Asian women across Birmingham and the West Midlands.

This project aims to, through their exploration and representation, celebrate South Asian women and their various identities.

“I feel like it’s a really interesting time for women of colour at the moment, there is more presence and representation compared to what it was like in the ’90s when I was growing up.

“There still needs to be more, but I feel like there are so many more platforms to express yourself now and opportunities to connect with other women.”

Modern Muse aims to contribute in the discussion of what it means to be a young British-Asian woman.

Shah invites all Birmingham and Midlands-based South Asian women between the ages of 16-30 to participate in this project. She has already begun her research but is keen to meet and photograph more women.

If you are between the ages of 16-30 and wish to participate in this project, the website of Arpita Shah here.