After having her first baby shower in late January, Arpita Khan and husband Aayush Sharma hold a second one in Mumbai on Valentine’s Day.

Arpita’s first baby shower is more of a family affair, seen celebrating with sister Alvira, mother Salma and some of her close friends.

The second one takes place at five-star hotel Taj Lands End in Bandra, which was also the venue for the couple’s wedding reception back in November 2014.

Arpita is expecting her first child, and looks glowing in a red dress. 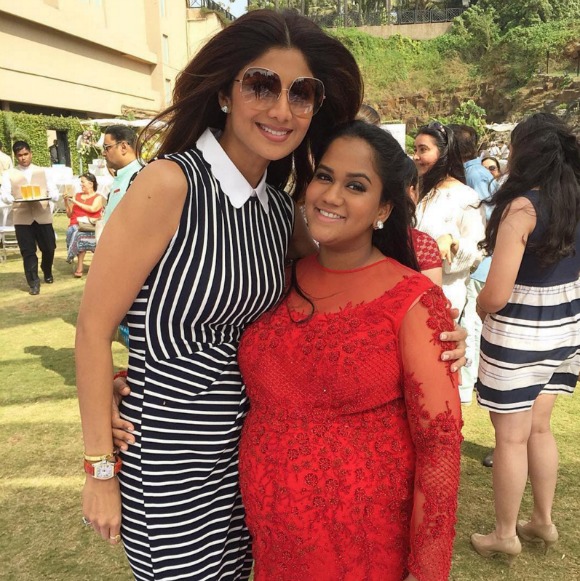 His co-star, Anushka Sharma who is rumoured to have broken up with Virat Kohli, arrives on her own in navy blue skirt and cream cropped top.

Many are surprised to see his ex-girlfriend Sangeeta Bijlani at the baby shower and the pair are seen to be getting along.

Sources reveal: “Salman was in a jolly good mood. He had specially come down for Arpita’s baby shower.

“While he mingled with all guests, his special attention was reserved for Sangeeta. They both looked extremely comfortable together.

“Salman came out to say goodbye to Sangeeta. Both were holding hands and Salman gently kissed her goodbye. He even whistled signalling her to arrive.” 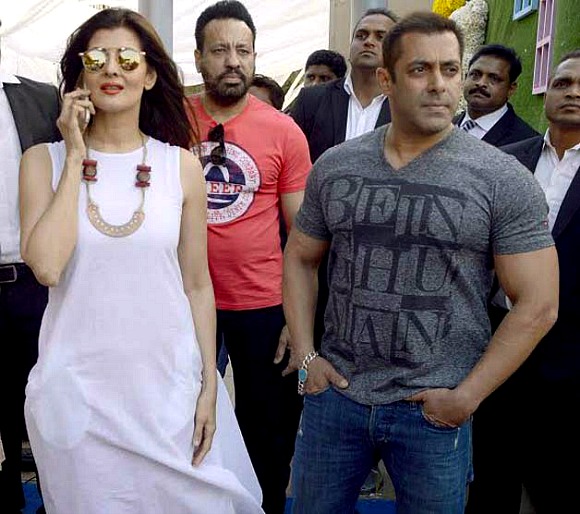 His other ex-girlfriend, Katrina Kaif, is said to be there as well, but no photos of the Fitoor star have surfaced yet.

An outdoor lunch party is held in the hotel’s garden, which is filled with floral decorations.

A guest says: “Arpita’s baby shower had all the pomp and glamour of a celebrity gathering at the races.” 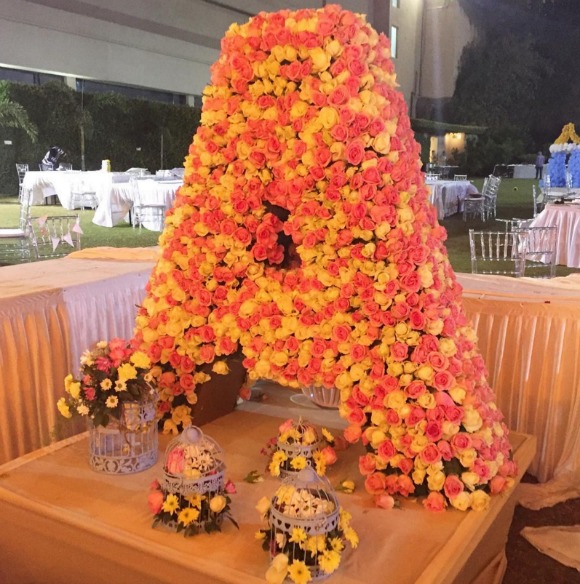 Arpita married businessman Aayush in an extravagant ceremony at the Taj Falaknuma Palace in Hyderabad in November 2014, followed by a grand reception at Taj Lands End.

See all the photos from Arpita Khan’s two baby showers in our gallery below!