With a little help from DJ Bravo and Major Lazer, the stars of Bollywood bring glitter and energy to the stage at the IPL 9 opening ceremony.

Major Lazer nailed it with their viral hits ‘Lean On’ and ‘Light It Up’.

Bollywood and a number of international acts delivered an evening of remarkable entertainment at the opening ceremony for IPL 9 on April 8, 2016.

Cricket fans and Bollywood lovers around the globe watched as the stars grooved to the dynamic tunes of their hit films on stage at the Sardar Vallabhbhai Stadium at the National Sports Club of India.

Next up was a breathtaking performance from dance group Kings United, who won bronze at the World Hip Hop Championships in 2015.

Then, it was time for the IPL team captains to take the stage. MS Dhoni, Virat Kohli, Rohit Sharma and more signed the MCC Spirit of Cricket pledge to show their commitment to fair play.

Speaking to the crowd, IPL chairman Rajeev Shukla said: “On behalf of Board of Control for Cricket in India, I would like to welcome all for the IPL opening ceremony.

“IPL 9 will be better and best compared to other editions. IPL is not about just entertainment… it is about cricket all the way.

“Like the league has brought up young talents, this year will also do so. We will do all is needed to help the Maharashtra farmers and do everything in their interest.”

Bringing back entertainment for the evening and turning it up a notch was Katrina Kaif. Looking seductive in a tiny golden top that showed off her envious curves, Kat mesmerised the audience with ‘Dhoom Machale’, ‘Bang Bang’ and ‘Afghan Jalebi’. 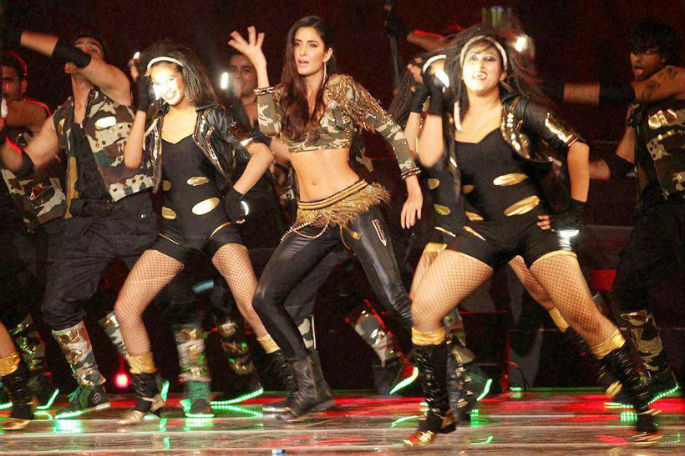 He followed up with another crowd-pleaser, ‘Chalo Chalo’, before collaborating with Bollywood playback singer Ankit Tewari.

Spirit remained high as Yo Yo Honey Singh stood on top of a tank and filled the stadium with hits like ‘Menali Trance’, ‘Love Dose’ and ‘Chaar Botal Vodka’. 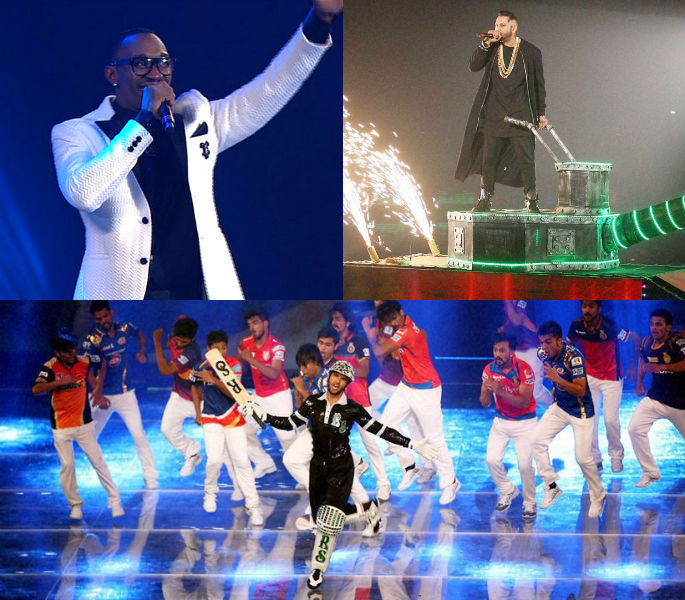 Bollywood hunk Ranveer Singh emerged on stage with his infectious energy, inviting everyone in the stadium to dance with him ‘Galla Goodiyan’ from Dil Dhadakne Do, ‘Malhari’ from Bajirao Mastani and ‘Tune Mari Entriyaan’ from Gunde.

Some really amazing performances in the #IPLOpeningCeremony. But how @RanveerOfficial generates so much energy is beyond me.

He was then joined on stage by all the other stars and performers, building up the hype for the grand finale at the cricket extravaganza.

American electronic music act, Major Lazer, nailed it with their viral tracks ‘Lean On’ and ‘Light It Up’ and closed the epic celebration with playback singer Shweta Pandit.

OMGGGGGG!! Did i just #LeanOn with @MAJORLAZER!!!! @IPL #iplopeningceremony What a big massive crazy party on stage on the song ?

Lasting two hour and 15 minutes, the IPL 9 opening ceremony was widely considered to be much better than last year’s, but the questionable absence of R&B singer Chris Brown bemused and disappointed many fans.

The ninth edition of the Indian Premier League will begin on April 9, 2016 with the first match due to take place between Mumbai Indians and Pune Supergiants.