"The most important thing that keeps me going is the love of my beloved fans."

Legendary Punjabi singer, Gurdas Maan has been mesmerising audiences across the UK with his live ‘Masti Tour’ for 2015.

Brought to you by leading events company, UK Box Office, Gurdas is gracing the likes of Leicester, London and Birmingham, for one of his best and most memorable tours to date.

From homegrown classics of Punjabi folk songs to modern bhangra beats, Maan has the unique ability to capture the hearts and minds of his fans and invite them into that ‘trance-like’ masti, that he is so well known for.

The 2015 tour promises something never before seen by UK audiences as Maan takes you on a journey of spiritual awakening and Eastern musical perfection, leaving you wanting for more. 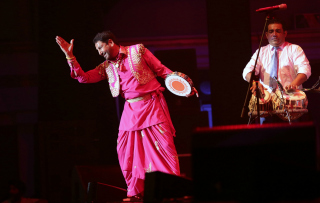 A gifted singer-songwriter, Maan is known for the underlying spiritual messages in his lyrics, which truly come alive when he performs them on stage.

Maan’s love of live music and performing is recognised by millions of his fans worldwide, and he encapsulates a magical stage presence everywhere that he goes.

It is clear that Maan feeds of the energy of his shows and uses them in his performances, and his interaction with his fans continues to inspire him in his soulful lyrics even today.

Maan says: “The most important thing that keeps me going is the love of my beloved fans. I take up opportunities to connect with my fans worldwide through live concerts, music, movies.

“Whether at the most prestigious venues such as the Royal Albert Hall, Wembley Arena, Madison Square Garden or perhaps a small remote village in Punjab, [all] inspire me equally.

“The connection with the audience inspires me to compose and write lyrics to my songs, and some of my most favourite songs were inspired by small conversations I have had with my fans during concerts.” 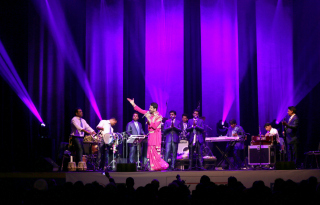 Gurdas stands alone in the Punjabi music genre. With a three decade musical career behind him, consisting of an incredible 35 albums and more than 305 songs, Maan is singlehandedly responsible for some of the outstanding classics in Punjabi music today.

Born in Giddarbahba, his claim to music fame was in 1980 with the track, ‘Dil Da Mamla Hai’. Following this super hit, Maan released further hits like ‘Mamla Gadbad Hai’ and ‘Chhalla’.

The multi-award winning star specialises in classical sounds, folk ghazals and Sufi-inspired verses. Of course, Maan is also a celebrated Punjabi actor, with some incredible performances in the likes of 2006 hit Waris Shah – Ishq Da Waaris and the 1999 film, Shaheed-E-Mohabbat.

With the Masti Tour running from April 3 to April 18, 2015, Maan is performing at some of the UK’s most iconic venues including London’s SSE Arena, Birmingham’s Genting Arena, and even an exclusive gig at Southampton’s O2 Guild Hall.

The remaining dates for Gurdas Maan’s UK Masti Tour are:

Nazhat is an ambitious 'Desi' woman with interests in news and lifestyle. As a writer with a determined journalistic flair, she firmly believes in the motto "an investment in knowledge pays the best interest," by Benjamin Franklin.
Asif Kapadia directs Amy Winehouse Documentary
Sunny Leone seduces in ‘Paani Wala Dance’