“Theirs is quite a cute love story."

In an interaction with The Times of India, a source close to the couple revealed how the two newlyweds met. The source explained:

“The two first met at a race in which Gurikk was one of the participants. They got engaged a few months ago.

“Theirs is quite a cute love story. However, he crashed in the first lap. He then went up to Simran and told her that he couldn’t concentrate on the race because of her and asked her out.

“Simran found it cheesy but gave in to his boyish charm and the rest is history. They are extremely compatible and comfortable with each other.”

The extravagant wedding included a haldi function, mehndi and a star-studded reception.

Simran opted for a simple yet glam makeup look. The traditional haldi ceremony went underway and haldi was applied on the arms, feet and face of the bride.

The bride’s trusted bridesmaids, Pollywood actress Poppy Jabal and Sonnalli Seygall can be seen posing with the bride.

Poppy Jabal took to Instagram to share a glimpse of the trio with the caption: “Yellow sunflower!!! Haldi haldi.” 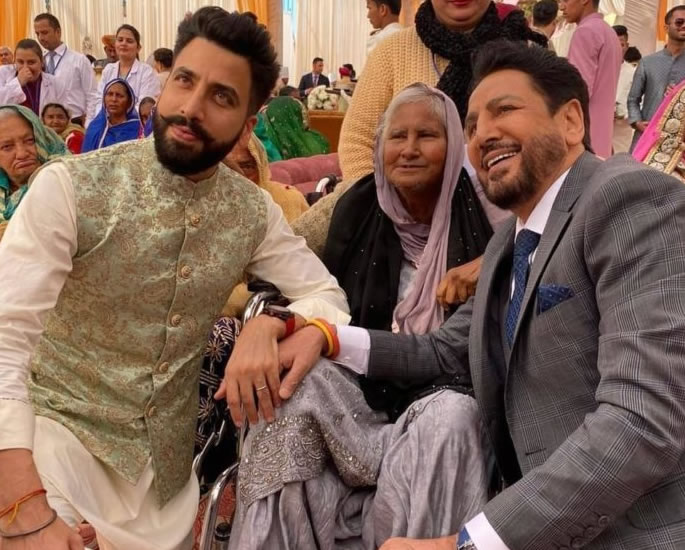 Then followed the mehndi ceremony on Thursday, January 30, 2020, at a hotel in Baradari.

The beautiful dress also included blue and pink hues, with a sheer pink dupatta completed with a yellow border.

To accessorise her outfit, Simran chose to don a gorgeous gold necklace and earrings.

Simran completed her look with dewy skin, a nude pink lip and voluminous mascara. She styled her hair into a crown braid and left her brunette tresses out.

During the mehndi function, Gurikk applied mehndi on the hands of his bride.

For the wedding day, Simran looked amazing in a wine-red and grey lehenga. The breathtaking ensemble featured gorgeous gold embroidery throughout.

She accessorised the look with traditional gold jewellery including a necklace, tikka, earring, bangles and red micro-bindi.

For her makeup, the bride opted for brown smoky eyes, blush cheeks and a pink lip.

Alongside the bride, Gurikk looked handsome in a gold-toned sherwani complete with white trousers, a blue turban, extravagant necklace and headpiece.

To complete this look, Gurikk opted for a jewel-encrusted sword, enhancing the royal appeal of his ensemble. 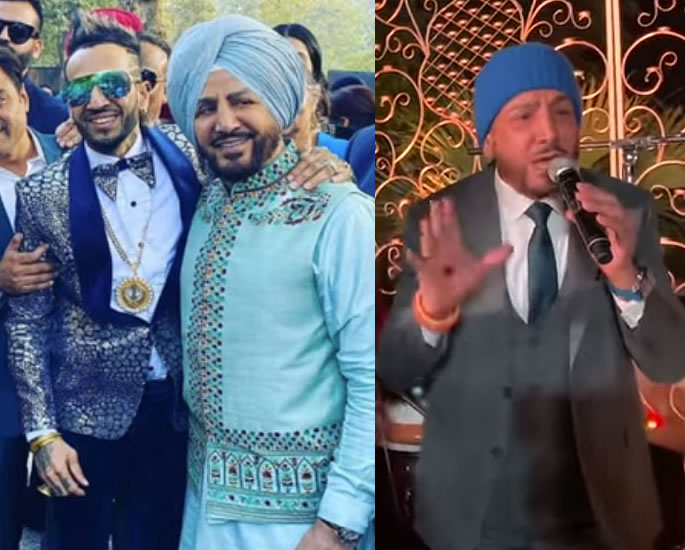 The star-studded ceremony was attended by the who’s who of the fraternity. The guest list included Jazzy B, Mika Singh, Badshah, Bunty Bains, Harshdeep Kaur, Gauhar Khan, Babu Mann, Ammy Virk, Diljit Dosanjh and many more.

The wedding obviously could not be celebrated without singing songs! So, Mika Singh started off the rendition of Gurdas Maan’s famous version of Challa and the new father-in-law did not hesitate to join in, followed by Badshah adding some lines to the sing-a-song.

Watch the celebratory singing at the wedding: 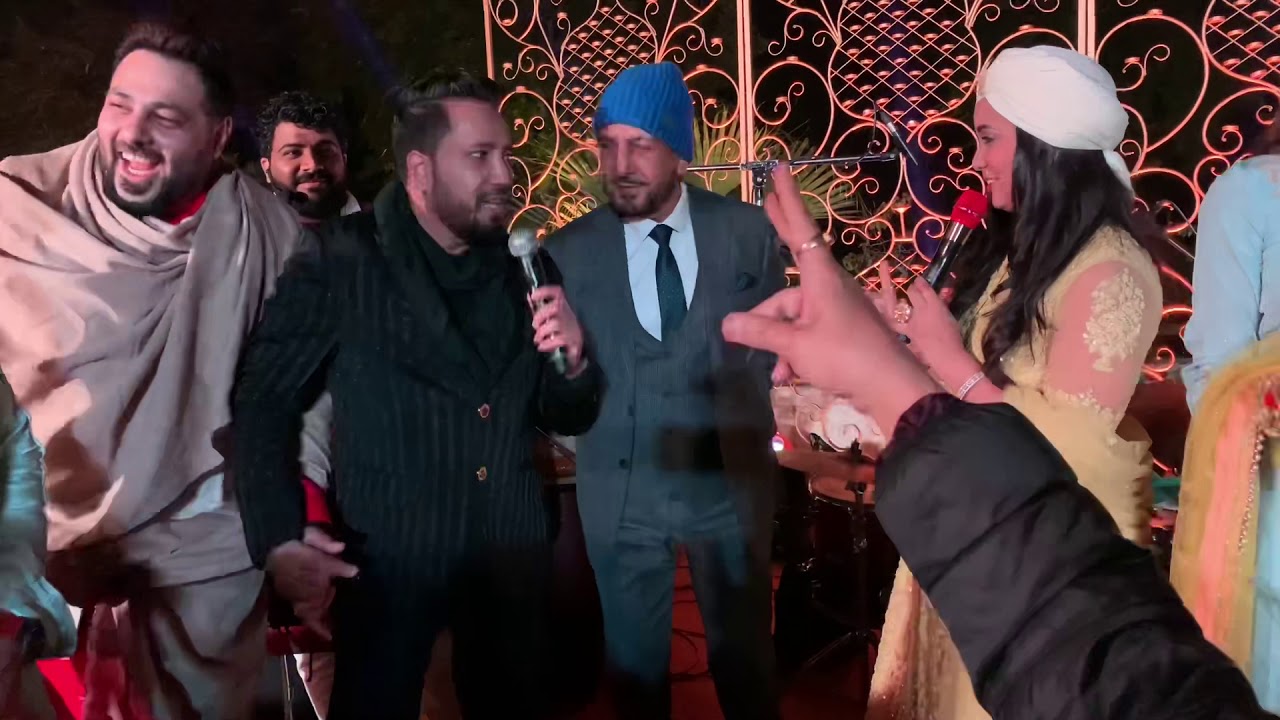 Ayesha is an English graduate with an aesthetic eye. Her fascination lies in sports, fashion and beauty. Also, she does not shy away from controversial subjects. Her motto is: “no two days are the same, that is what makes life worth living.”
Gugz Bhogal wins BBC Asian Network ‘Bhangra Project’
Sara and Kartik create the ‘Do It With A Twist’ challenge