The 2009 IIFA (International Indian Film Academy) Awards are to be held in Macau, China, between June 11th to 13th this year.The nominees for the awards have been announced and there are many surprises and non-surprises in the list.

The awards have travelled to the UK, South Africa, Singapore, Dubai and Thailand, and now it is the turn of China. The awards will take place at the Venetian Macao Resort Hotel in Macau (also known as Macao).

The ambassador of IIFA, Amitabh Bachchan  said, “2009 celebrates a decade of IIFA magic and promises to be yet another enthralling experience to be held at the Venetian Macao. It is an excellent choice for IIFA’s celebrations and we are excited to bring its magic to that fabulous city.”

This is the 10th year of the event and Wizcraft International are responsible for the organisation of event. Abhishek Bachchan and Ritesh Deshmukh are said to be hosting  the awards ceremony. The event in China is expected to have over 500 celebrities from the Bollywood fraternity attending it. 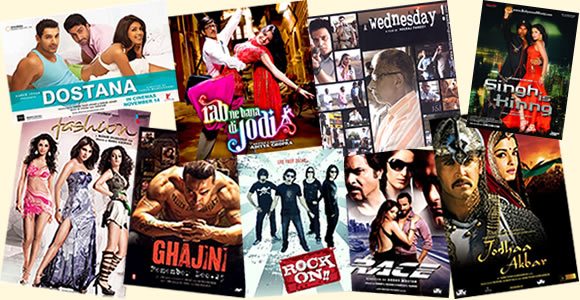 The nominees list includes Sharukh Khan and Aamir Khan for the Best Actor (male) nomination, for their roles in Rab Ne Bana Di Jodi and Ghajini, respectively; Aishwarya Rai Bachchan, Priyanka Chopra and Asin for the Best Actor (female) category; directors Madhur Bhandarkar (Fashion) and Ashutosh Gowariker (Jodhaa Akbar) for Best Director, and someone who is not unfamiliar with awards this year, A.R.Rahman, who  appears twice in the Best Music Director category for his music for the flims Jodhaa Akbar and Ghajini.

The nominees for the IIFA Awards 2009 nominations are as follows.

Obviously, the 2009 IIFA Awards will have the razzle dazzle of China sprinkled all over them. But what do you think of the nominees? Do you agree or not? Who do you think is going to win? Have you say!

Nazhat is an ambitious 'Desi' woman with interests in news and lifestyle. As a writer with a determined journalistic flair, she firmly believes in the motto "an investment in knowledge pays the best interest," by Benjamin Franklin.
Amitabh Bachchan and Ben Kingsley film
1970’s Bollywood Beauties