The nominees for the International Indian Film Academy (IIFA) awards in 2012 have been announced. This year the three day spectacular weekend takes place in Singapore. Two films that have topped the nominations are The Dirty Picture and Zindagi Na Milegi Dobara and Shahid Kapoor is the new host.

The International Indian Film Academy (IIFA) nominees were announced for the 2012 IIFA Awards. This year the 13th IIFA Weekend will take place in Lion City, Singapore between 7-9th June 2012.

The Singapore showcase will have fashion shows, a musical extravaganza, and all the celebrations culminating into a glittering awards presentation ceremony.

The IIFA awards this year are presented by Videocon Industries and Wizcraft International Entertainment, and supported by the Singapore Tourism Board.

Anil Kapoor and Bipasha Basu have been ambassadors for IIFA 2012. They unveiled the venue for the show.

Anil said: “It has been my pleasure to be associated with IIFA for over a decade and once again, on behalf of IIFA and the Indian film industry, we commit to give our audience in Singapore the opportunity to witness one of the finest celebrations of culture and cinema ever held.”

Bipasha said: “It’s a great opportunity for me to be here in Singapore personally to represent Indian cinema on such a global platform. I’m sure that this year’s IIFA will be a phenomenal success.” 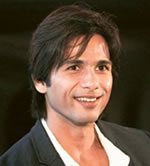 Bollywood actor, Shahid Kapoor is set to host his first IIFA awards event, a change from the famous duo of Boman Irani and Ritesh Deshmukh, who have been entertaining the audience for past four award ceremonies.

This year the ‘IIFA Dancing Stars’ competition is a new addition to the weekend, which is open to 18 – 25 year olds keen to show of their dancing skills, to be judged by stars including the dancer-choreographer Prabhu Deva, Bipasha Basu and Shahid Kapoor.

‘The Dirty Picture’ and ‘Zindagi Na Milegi Dobara’ have the most nominations for IIFA 2012, so eyes will be on these two big hits.

Here are the nominees for the 2012 IIFA awards:

TECHNICAL CATEGORIES
Different from last year, the ‘Technical’ category winners for the IIFA awards for 2012 have been already announced. With SRK’s Ra.One tipped to be a major winner of the technical awards, this did not materialise in the results, Hrithik Roshan’s Zindagi Na Milegi Dobara directed by Zoya Akhtar won five awards compared to Ra.One receiving four and Vidya Balan’s The Dirty Picture getting three.

The winners will be given their awards at the main IIFA event in Singapore.

The IIFA’s were held in Singapore in 2004, when a contingent of over 450 stars, celebrities, cricketers, industrialists and government leaders attended the weekend. So, let’s see which famous people from the Bollywood fraternity make it a star-studded event this year.

Nazhat is an ambitious 'Desi' woman with interests in news and lifestyle. As a writer with a determined journalistic flair, she firmly believes in the motto "an investment in knowledge pays the best interest," by Benjamin Franklin.
All In Good Time
London Indian Film Festival 2012