IIFA have finally released their nominees for 2013. Acclaimed heart-warming tale Barfi! has sweeped the board with a maximum number of nominations. Anticipation for the Awards ceremony is now huge and fans will finally be able to vote for their favourites in May.

Who will win Best Film? We shall have to wait and see!

It’s official. The International Indian Film Academy (IIFA) has finally announced its nominees for the 2013 Awards.

Barfi! is leading the way with an impressive 15 nominations, the maximum that IIFA can award. The movie has been a huge success internationally and has already bagged numerous awards this year from other leading functions. It was even nominated for Best Foreign Language Film in the 85th Academy Awards.

Directed by Anurag Basu, the warm-hearted tale of romance and comedy is set in the 1970’s of a mute and deaf man from Darjeeling and an autistic girl. Heart-felt films like these have always done extremely well at the Box Office, and Barfi! is no exception.

The film gained much critical praise last year over its beautiful screenplay, cinematography and music. Not to mention some outstanding performances from Ranbir Kapoor and Priyanka Chopra. 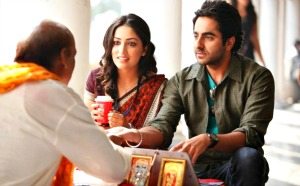 The film is closely followed by comedy Vicky Donor.  Based around the awkward and light-hearted tale of a sperm donor, it is produced by John Abraham. Directed by Shoojit Sircar, the comedy has been nominated for 9 IIFA Awards.

Director Anurag Kashyap’s Gangs of Wasseypur – Part I is also in the running with nominations in all the major categories.

Ranbir will also be going head to head with heavyweights Hrithik Roshan and Shahrukh Khan for Best Male. 2012 has already been and amazing year for him, and no doubt 2013 will follow suit.

Musical Director has also received a double nomination for both Barfi! and Cocktail. He does face some stiff competition from Oscar-winning A. R. Rahman for Jab Tak Hai Jaan. All outstanding soundtracks, it will be interesting to see which will get the ultimate prize. 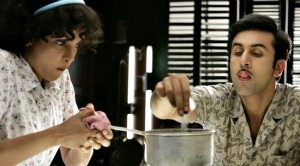 2012 has been a great year for the Bollywood industry. With over 155 new releases, the nominations clearly show the variety and diversity of movies receiving global and critical recognition. With movies like Barfi! leading the forefront, it seems that fans can truly relate and respond to what they see on the big screen.

“It’s been a phenomenal year for the Indian film industry and the nominations for this year will definitely reflect this. The growth has been remarkable.”

The nominees for the IIFA Awards 2013 are:

Cinema and Bollywood fans across the world will soon be able to vote for their favourite in each category from the beginning of May. KPMG will audit this final voting process ahead of the Awards Ceremony. The host country and dates for the IIFA Awards 2013 are still to be announced.

Clearly, Barfi! is expected do very well at the IIFA’s! But can it sweep the floor entirely? Or will Vicky Donor steal it’s crown? And who will win Best Film? We shall have to wait and see.

Aisha an English literature graduate, is a keen editorial writer. She adores reading, theatre, and anything arts related. She is a creative soul and is always reinventing herself. Her motto is: “Life is too short, so eat dessert first!”
Ek Thi Daayan ~ Review
Aditya Roy Kapur leads in Aashiqui 2