These films touch on serious socio-political issues in their own unique ways.

The biggest media event in India, the IIFA’s 2013, are officially underway with the Technical Awards Winners finally being announced.

Unsurprisingly, Barfi!, which has lead the way in all of the Awards ceremonies in 2013, bagged a total of 9 Technical Awards.

Other winners included the Cannes-acclaimed Gangs of Wasseypur – 1 by Anurag Kashyup.

Since its release in September 2012, Barfi! has created waves across the globe for its refreshing and non-commercialised take on issues of love, tenderness and disability. With Ranbir Kapoor, Ileana D’Cruz and Priyanka Chopra in the lead roles, Ranbir plays a deaf mute named Murphy who falls in love with the wealthy Shruti (played by D’Cruz). 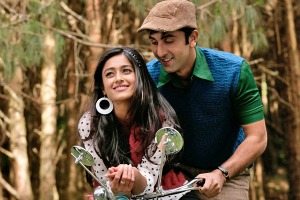 Anurag Basu has been critically applauded for tackling the sensitive genre of disability with such delicacy and appreciation. There is minimal dialogue throughout the film, which while unusual, only serves to add to the simplicity of love that does not need words to define it.

Basu has very carefully guided Ranbir and Priyanka in their character portrayals. It would be very easy to over-act or exaggerate such roles but notably the actors play their part with uncomplicated ease. It is a difficult role to play and they have bravely delivered convincingly.

At its centre, Barfi! is nothing less than a heart-warming tale that encourages whoever watches it to live life to the full and not to be disheartened by situations or surroundings. It is perhaps an oddity in the Bollywood genre as it cannot be described as a commercial masala film by any means.

But despite this, it’s impact on audiences in India and across the world have been truly deserved. It’s dominance during India’s Awards season simply exemplifies the appreciation felt by movie-goers and makers of being able to experience such a lovely film. Indeed, Barfi! is an example of Indian cinema at its best. 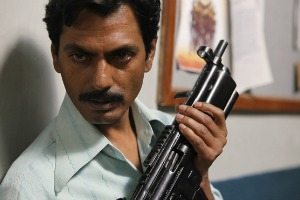 In stark contrast to Anurag Kashyup’s Gangs of Wasseypur – 1, is a violent action crime thriller that centers on the power struggles between three different crime families.

Winning the award for Best Action and Best Dialogue, Kashyup’s venture into the dark depths of politics caused some controversy with Indian and international censor boards because of its explicit use of violence. But it has been applauded for its authentic take on Indian underground crime.

It is interesting that both leading films, Barfi! and Gangs of Wasseypur – 1, which are two wholly different films, represent the birth of a new age of Indian cinema. One that is not afraid to experiment or think outside the clichéd safety of mainstream Bollywood.

These films touch on serious socio-political issues in their own unique ways and for this reason alone, they deserve to be celebrated.

In addition to these two films, Kahaani, Vicky Donor, Agneepath and Ek Tha Tiger also received awards. The main IIFA Awards ceremony and carnival will take place at the Venetian Macao Resort Hotel in Venice, Italy between July 4 and July 6, 2013. Here, the winners of Best Director, Actor, Actress and Film will be announced.

Check out the full list of the IIFA Technical Awards 2013 listed below:

Aisha an English literature graduate, is a keen editorial writer. She adores reading, theatre, and anything arts related. She is a creative soul and is always reinventing herself. Her motto is: “Life is too short, so eat dessert first!”
Ishkq in Paris ~ Review
It’s Yeh Jawaani Hai Deewani for Ranbir Kapoor