Filmfare fever hit B-Town as the glitzy ceremony of the 58th Filmfare Awards took place at the Yash Raj Films Studios in Andheri, the affluent suburb in western Mumbai, India. Most of the Bollywood film fraternity were present with stars from newcomers to veterans of the industry all present under one roof.

Filmfare is the most popular entertainment magazine in India celebrating Bollywood and was first was published in 1952.The Filmfare awards were first introduced and held on on 21 March 1954 at the Metro Theatre of Mumbai, where only five awards were presented compared to the 30-plus categories in this year’s awards event. This year, 105 films were part of this annual and popular filmy event. 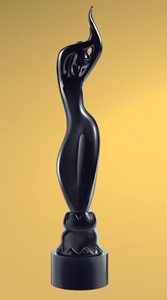 This year’s awards ceremony marked a special and sad year for Bollywood too with the demise of the incredible director, Yash Chopra. Tributes were made to contributors of 100 years of Indian Cinema including Rajesh Khanna, Yash Chopra, AK Hangal, Joy Mukherji, BR Ishara and Jaspal Bhatti.

The 58th awards show was hosted by Shahrukh Khan and Saif Ali Khan who gave their dose of jokes and humour, during a show which was a zesty night rewarding the different nominations of acting, singing and musical talent for their contributions to Bollywood in 2012.

Shahrukh Khan gave a tribute to the late superstar Rajesh Khanna by performing ‘Gulabi Aankhen Jo Teri Dekhi’ from the film ‘The Train.’ 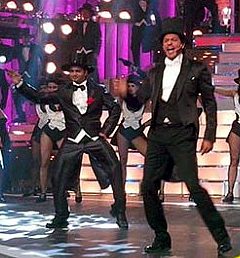 Performances on the night dazzled the audience with spectacular dances and stunts. Ranveer Singh, Shahrukh Khan, Anushka Sharma and the Student of the Year trio Varun Dhawan, Aaliya Bhatt and Siddharth Malhotra, all rocked the stage. The acts were choreographed by Ganesh Hegde. Usha Uthup sang the classic song ‘Ajeeb Dastaan Hai Yeh.’

India’s top fashion man, Manish Malhotra had his input into the filmy affair by designing the costumes for the Student of the Year trio, Anushkha Sharma and Katrina for their dance acts. He also dressed five top models in avatars of iconic Bollywood heroines for the show.

SONY TRENDSETTER OF THE YEAR
Barfi!

The full show of the awards will be broadcast on the Sony Entertainment Television network (SET).

Amit enjoys creative challenges and uses writing as a tool for revelation. He has major interest in news, current affairs, trends and cinema. He likes the quote: "Nothing in fine print is ever good news."
Winners of Zee Cine Awards 2013
Max Stardust Awards 2013 Winners