The 2013 International Indian Film Academy awards took place in Macau with an ascent of Bollywood glamour and stars. DESIblitz looks at the winners of this glitzy night celebrating the cream of Bollywood talent.

Barfi! won in 14 categories including the coveted Best Film Award

This year the event had its surprises and sizzling Bollywood entertainment which did not fail to thrill fans and attendees.

This the second time the IIFA weekend event has been held in Macau and many big Bollywood stars attended the glitzy affair of these auspicious awards including Shahid Kapoor, Shahrukh Khan, Kamal Haasan, Abishek Bachchan and Deepika Padukone.

The IIFA weekend started on Friday with the technical awards being presented to the winners. Anurag Basu’s “Barfi” was the top of the pops winning Best Screenplay, Best Make-up, Best Sound Design and Best Sound Mixing.

This year’s IIFA’s marked the 100 years of Indian cinema, a major milestone for Bollywood. The event kicked-off with the green carpet activity of stars making appearance in front of a barrage of screaming fans and press.

Hosts for the IIFA 2013 Awards were Shahrukh Khan and Shahid Kapoor who entertained the audience with a candid humor as part of their presentation act. 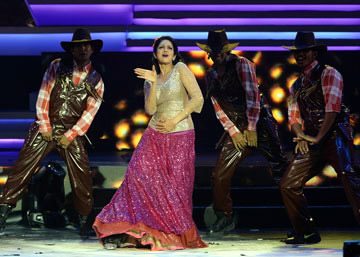 The overall winner for the night bagging the most awards was Barfi! The film starring Ranbir Kapoor and Priyanka Chopra features Ranbir playing a deaf and mute man called Barfi who is caught up in a romantic twist with two women. 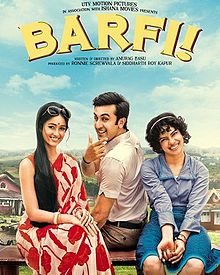 Kahaani star, Vidya Balan won the best actress category and said in her speech: “I want to dedicate this award to my director Sujoy. This award belongs to him. No one has ever loved anyone else’s wife as Sujoy loved Vidya Bagchi (name of her character) in the film. I won my first award at IIFA Amsterdam after I played Abhishek’s wife in ‘Paa’.”

An interesting technical addition to the awards this year was coverage by Google of the event which brought the weekend action to users through Google+.

Here are the winners of the 2013 IIFA awards:

Star Jodi of the Year
Deepika Padukone and Ranbir Kapoor

The IIFA’s this year had it all with a strong attendance from the Bollywood film fraternity and some incredible performances throughout the evening. Evidently, the night went to Barfi! the film winning the most accolades.

Nazhat is an ambitious 'Desi' woman with interests in news and lifestyle. As a writer with a determined journalistic flair, she firmly believes in the motto "an investment in knowledge pays the best interest," by Benjamin Franklin.
Poonam Pandey sizzles in Nasha
Shahrukh and Deepika reunite in Chennai Express