Main Hoon Shahid Afridi (MHSA) is a Pakistani film that could change the face of the country’s waning cinema. Inspired by popular Pakistani cricketer Shahid Afridi, the film has already been drumming up a lot of attention.

“I always wanted to pay tribute to one of our own Pakistani stars in their life time.”

Pakistani film, Main Hoon Shahid Afridi (MHSA) is all set for release on August 23, 2013. Initially touted for an Eid release on August 9, post-production delays and competition from Bollywood blockbuster, Chennai Express, saw the film be held back.

Unfortunately, the only sporting club he knows goes bankrupt. But there is a chance of saving his club, town and dreams. Sialkot is where the club’s last hope lies as there is a cricket tournament coming there. 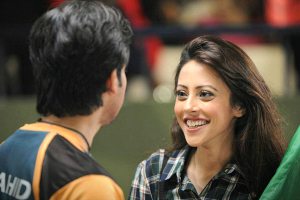 However, the question is whether they are ready. With no facility or coach, the team of misfits take help from an ex-cricketer, Akbar Deen (played by Humayun Saeed).

But Akbar himself has his own dark past. Can this team save their club and can the dream of becoming Shahid Afridi come true?

The first thing that draws our attention about this film is the fact that the title mentions Shahid Afridi. Any cricket fan will know that Shahid Afridi is one of the most loved cricketers in the world.

He has had an amazing career and has inspired many people to join and love the sport so it only makes sense to make a film about someone dreaming to become him.

The name of the film should pull people in to watch it even though Afridi himself will not be starring in it. Why? Afridi explains himself: “They offered me the role but my elders didn’t let me act as it is against our traditions.” 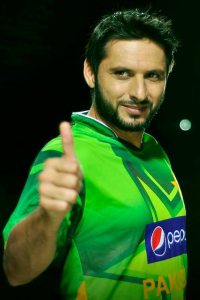 But, the cricketer doesn’t have a problem with them using his name, as long as it promotes a positive message. After seeing a clip of the movie involving the lead character kissing a girl in a nightclub, Afridi demanded that the scene be removed:

“I had given permission for the film with an aim to give kids some positive healthy entertainment, to divert their minds towards cricket and it should not have obscene things,” said Afridi.

“I want to tell the people that the film is not related to my life. A lot of kids and families would go to watch the movie because of me and if they see things like that they will feel bad, so I hope they remove those scenes and run the film,” he added.

Pakistan has seen a decline in cinema for a while due to tele-drama success, competition from Bollywood and limited film making creativity. But with new fresh storylines for movies with young and upcoming directors, Pakistan could see a revival of the film industry.

The director of MHSA, Syed Ali Raza Usama, is also new to the film industry and it will be interesting to see what kind a flavour he brings to the film: “We are not here to compete but to walk hand-in-hand with our neighbours for the cause of entertainment.”

Quoting a line from the film, Usama says: “Whether you win or lose doesn’t matter, but play with such a spirit that you can look into each other’s eyes after the game.”

Humayun Saeed is not only playing the part of the coach but has also co-produced the film. Speaking about the film and cast, Saeed said: “The lead is being played by a 19-year-old boy called Noman Habib who is a talented actor and also a professional cricketer. I shall also be part of the movie and will be playing the role of a coach.” 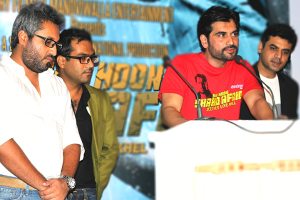 The actor turned producer also added:” The cast had to go through rigorous training sessions for a month before the shooting started. Also, well-known cricketers from the Pakistan cricket team have given us their support.”

Saeed is also a big fan of Shahid Afridi: “I always wanted to pay tribute to one of our own Pakistani stars in their life time.”

Javed Sheikh, who is also well known for his roles both in Bollywood and Lollywood, said: “The movie will surprise people with its storyline. I have always believed that if our dramas can beat Indian dramas, why not our films as was the case in the past.”

“I believe this new wave of Pakistani films will usher in a better future for our film industry,” he added. 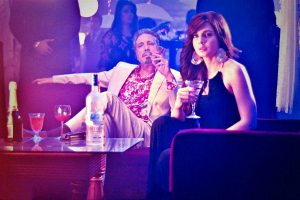 The music in this film has a variety from a slow romantic song, ‘Malal’, sung by Rahet Fateh Ali Khan to an upbeat Punjabi track.

The producers have their own hunches as to which tracks will be top of the charts including the songs, ‘Jera Vi Aaan Dey’,’ Beautiful Night’ and ‘Engreeza Tere’. All these catchy songs are sure to be hits with everyone.

Furthermore, alongside some of these songs will be choreographed dances. Dances haven’t been the number one on the list for a Pakistani film but are important. But with cinema re-emerging, is it possible for dance to comeback to mainstream films?

Pappu Samrat is the choreographer of this film and is the most experienced choreographer in Pakistan. Everyone wants a piece of Samrat and his dancing styles. He has choreographed several dance sequences including an item song with the sultry Mahnoor Baloch.

Speaking about dance this is what Pappu Samrat said: “We are seeing some new choreographers come about through new films, but there is obviously still some time before this area is perfected.”

Dance in films could see a rise if they are promoted more in films and evolve along with the film industry. Writer of the film, Vasay Chaudhry insists:

“Song, dance and drama is the style of cinema that we believe in. From 1947 to 2001, more than 4,300 films were released in Pakistan with dance, songs and drama. This is as much our style of cinema as it is our neighbours.”

Critical reception so far for MHSA has been good so far, with the film being seen as the most anticipated Pakistani film of 2013. The makers of the film are hoping to cash in on Afridi’s popularity and make the film a success.

Well-known film distributor and cinema owner, Nadeem Mandviwalla, said: “One thing is for sure, the film is already creating a lot of anticipation and should draw crowds at its release.”

The film certainly has a different element to it and has already made a big impact. Only time will tell how the film fares. Main Hoon Shahid Afridi will be released on August 23, 2013.

Farjana is a young aspiring journalist. She enjoys writing, reading and listening to all types of music. Her motto in life is: “Go confidently in the direction of your dreams – live the life you have imagined!”
Pakistan’s Sci-Fi thriller Kolachi
Haunted Child ~ Review