A Bollywood celebration took place in Canada for the first Times of India Film Awards 2013. Major names gathered in Vancouver to receive the winning awards.

Bollywood awards events are an increasing form of recognition for the industry. For the first time, The Times of India hosted its Times of India Film Awards 2013 in Vancouver BC, Canada. 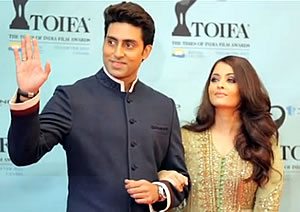 At the event, BC’s Premier Christy Clark addressed the crowds wearing an Indian outfit and said:

“I hope that all of you from around the world who have come here have found that you are at home in British Columbia…a province that welcomes with open arms people from all over the world.” She added: Let’s use this wonderful celebration of Indian film to continue to build more bridges of opportunity between us. 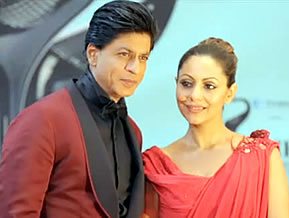 Shahrukh was at the ceremony with his wife Gauri. When asked if he valued awards events, SRK said: “I like awards and I appreciate them. I feel most of the awards that we have in India, are for years of work that we have done, rather than just one show, and above all that, it is nice to see the (film) community together (at such events). We get five seven opportunities a year where everyone get together, so it’s a time to celebrate.”

The night was taken by Barfi which won seven awards bringing Ranbir Kapoor and Priyanka Chopra into the limelight, winning the Best Actor and Best Actress awards respectively. Other winners included Abhishek Bachchan as Best Actor in a Comic Role for Bol Bachan, Ajay Atul as Best Music Director for Agneepath and Dolly Ahluwalia as Best Supporting Actor – Female for Vicky Donor.

Upon collecting his award, Abhishek said: “I would like to thank my family for firstly having me because things wouldn’t have worked without that. I really owe this to Aishwarya and the love and support she has given me. She makes me the person that I am.”

Priyanka Chopra who won the the best actress category said: “This is a very special moment for me as my dad came all the way flying 30 hours to be with me. Thanks, papa.”

Here is are the winners of the Times of India Film Awards 2013:

Nazhat is an ambitious 'Desi' woman with interests in news and lifestyle. As a writer with a determined journalistic flair, she firmly believes in the motto "an investment in knowledge pays the best interest," by Benjamin Franklin.
Ali Zafar charms in Chashme Baddoor
1990’s Bollywood Beauties