India continues to reel from the devastating Covid-19 second wave but now the country is experiencing a mental health crisis.

"That was the last time we saw him.”

India is experiencing a mental health crisis which is now proving to be another catastrophe following the Covid-19 second wave.

A survey by the Indian Psychiatry Society on the impact of Covid-19 lockdowns found that of 1,870 participants, 40.5% were either struggling with anxiety or depression

A total of 74.1% had moderate levels of stress and 71.7% reported poor wellbeing.

Another survey included 992 participants and found that 55.3% had trouble sleeping during lockdown due to high stress and anxiety levels.

In one case, Uttarakhand’s Roshan Rawat was asked not to come into work during India’s first Covid-19 wave in 2020.

For the next three months, he became increasingly anxious about his loss of earnings.

Then came June 19, 2020, in what his mother Prasanni Devi calls the “wretched night”.

She said: “He got into an argument with his father and started throwing things around.

“He had never behaved like this earlier, I had never seen so much rage in him.

“In anger, he pushed his younger sister, who fell unconscious, which scared Roshan and he ran out of our home. That was the last time we saw him.”

Forty-seven days later, his body was tragically found, having taken his own life.

His mother has blamed his death on the lockdown and the subsequent anxiety.

She still thinks if there was something the family could have done to identify her son’s symptoms and to prevent the tragedy.

Sadly, this is not the only incident in India.

Those with long-running mental health problems struggled particularly, even in urban centres.

In Delhi, writer Jaishree Kumar had been in and out of therapy and things had improved before the pandemic left her overwhelmed.

She said: “I did not lose a close loved one, but the death of two distant relatives and a neighbour within a week had a huge impact on my mental health.”

Jaishree tried to find support, however, she could not find a therapist. They were either unavailable or unaffordable. 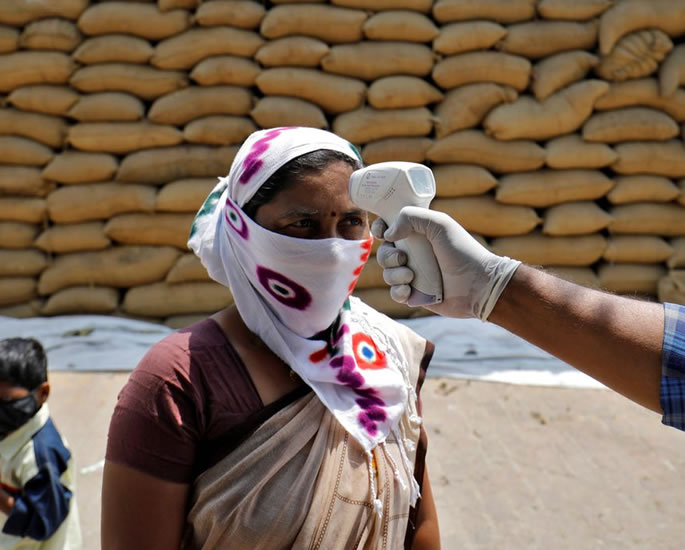 Across India, there are just 9,000 psychiatrists and even fewer psychologists.

Medical professionals say they have seen a significant rise in patient numbers.

Senior psychiatrist Dr Jateen Ukrani says the number of patients visiting him with anxiety and sleep disorders has tripled in the past year. Most of his new patients are between 19 and 40.

“A therapist can only take 7-8 patients a day, they need to take care of their own mental health too.”

“We’ve had to call in consultants and on really busy days, have had to cancel appointments, but that’s hard since old patients are relapsing too.”

Although a study published in Lancet stated that one in seven Indians had some sort of mental disorder, experts believe the actual number is higher because of the stigma surrounding mental health.

Because it is a taboo subject in India, people are hesitant to seek help.

The National Mental Health Survey, which last took place in 2016, revealed that nearly 85% of those diagnosed with mental health problems were not receiving treatment.

Experts believe it will worsen if mental health remains a problem that is tackled in institutions, rather than at the community level.

A report from All Indian Origin Chemists and Distributors (AIOCD)’s research wing revealed that the sale of the top five anti-depressants has increased by 23% since the start of the pandemic.

For now, things are likely to get worse as a third Covid-19 wave is looming and the economic uncertainty could last for years.

India remains in the midst of a mental health crisis and if it remains as unaddressed as it currently is, it could ravage the country.

Prasanni added: “How was I to know that in trying to stay away from Covid-19 by staying indoors, I was pushing my son towards another, bigger illness?”

Dhiren is a journalism graduate with a passion for gaming, watching films and sports. He also enjoys cooking from time to time. His motto is to “Live life one day at a time.”
Tinder Report shows More Users want Casual Relationships
The Indian Skincare Startup focusing on ‘Ditching Toxicity’