“We hit it off and obviously we have become more friends now.”

The Indo-Swiss pair won Wimbledon back in July 2015 and continues their good run in Flushing Meadows.

This marks the Indian tennis player’s fifth title at Grand Slam and second at the US Open (mixed doubles champion of 2014). 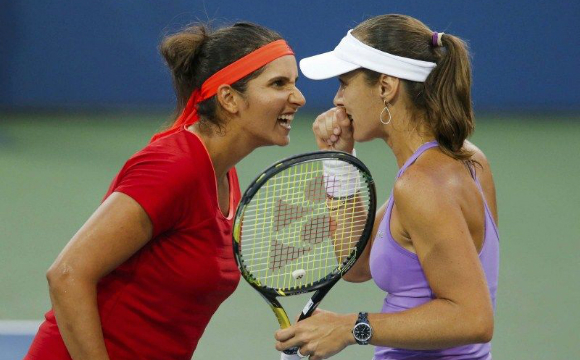 Mirza said: “We started playing in March, obviously in America, and we won three out of three. That rarely happens.

“We hit it off and obviously we have become more friends now.

“I think we trust each other on and off the court. I think that helps us through a lot of tough moments on the court.

“Obviously our games match, kind of complement each other, you know, with her at the net and from me at the back. I think that’s the best combination.”

The 28-year-old tennis player is elated with her smashing victory in New York City:

Congratulations @MirzaSania & @mhingis on the phenomenal victory at the @usopen. Your accomplishments make us proud.

The 42-year-old’s career is on an upward trajectory, having already won 2015’s Australian Open and Wimbledon with his ace partner, Hingis.

Paes said: “My whole life is about perseverance, just trying to find a way to succeed. Sometimes the chips are against you; sometimes they fool you.

“What I love about this teamwork is that in any partnership, there’s got to be one person who brings the energy to the team. 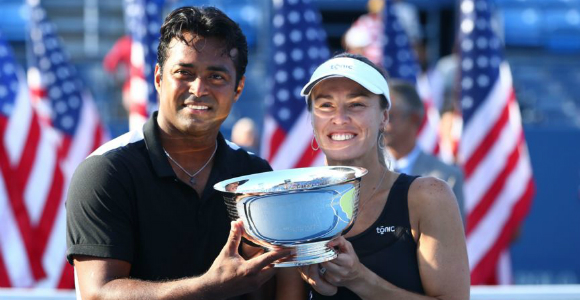 “This young girl is phenomenal on the tennis court and off of it.”

Hingis has been nothing but a shining star for Indian tennis. Mirza and Paes have built an amazing chemistry with the youngest Grand Slam champion of all time, and there will no doubt be many more occasions to celebrate.

DESIblitz congratulates Mirza, Paes and Hingis on their remarkable victories!