Sania Mirza has created history by becoming the first Indian female tennis player to achieve number one in the world’s doubles ranking! DESIblitz has more.

"Sania becoming the world number one is a matter of great achievement for any Indian sports person."

This follows their success at Indian Wells, which was their first tournament together, as well as in Miami.

At the trophy ceremony, Mirza was very excited and proud of her personal achievement: “It’s a dream for every kid to be Number One one day.” 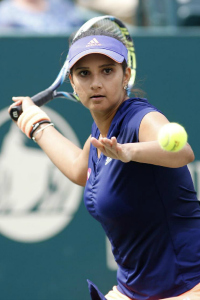 The 28-year-old player was also full of praise and admiration for her amazing partner Hingis, the youngest Grand Slam Champion of all time.

Mirza said: “I can’t think of a better person to do it with. When we came here we had one thing in mind – to get number one. And she really helped me get there.

“She helped me through some tough moments this week. She’s just a great person and a great player.”

She continued: “We also become the Number One team in the world today with this. I hope we have many, many more tournaments, and end the year on a high as well.”

Mirza acknowledged that she grew up idolising Hingis: “I don’t want to make you feel old, but I did watch you as a kid! You were an idol to most young girls at the time. You made it when you were 15!

Those in the highest offices of the Indian government were keen to praise Mirza on her achievement.

An excellent accomplishment @MirzaSania! Congrats on being World Number 1 in doubles.

One of Mirza’s proudest supporters is her husband Shoaib Malik, the Pakistani cricket star. The Sialkot-born sportsman tweeted:

Mrs. Malik just became the 1st Indian tennis player to be the World’s # 1! Lots of love from all the Pakistani fans?? pic.twitter.com/XrPZIPNLWK

Having won her seventh WTA doubles titles within the last 12 months and rising to number one, Mirza completes an exciting and ground-breaking fortnight for Indian women in racquet sports. 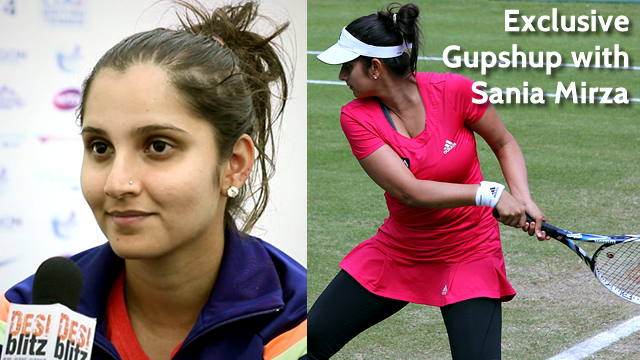 She has followed in the footsteps of badminton star and fellow Hyderabadi, Saina Nehwal, who has recently earned the world’s number one spot in her own sport (read more here).

The only other Indian tennis players to reach the incredible milestone was the powerhouse pair, Leander Paes and Mahesh Bhupathi, who ruled between 1998 and 2002.

Since pairing up in March 2015, Mirza and Hingis have not lost a single match in their three tournaments together, dropping only three sets in 14 matches.

In their short stint together, they are already at the top of the leader board for Road to Singapore – the end-of-season finale in which the top eight doubles teams compete in play-offs tournament. 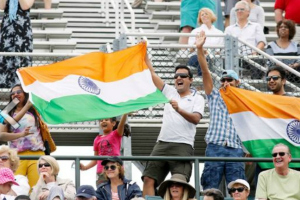 In a country where cricket dominates culturally and financially, it is great to see Indian sportspersons succeeding in other sports.

It is even more refreshing that the latest Indian sports stars to reach the top of their respective sports, Sania Mirza and Saina Nehwal, are both women.

After struggling for some years as a singles player, Mirza has reinvented herself as a doubles specialist. Her perseverance and determination has paid off and she now sits at the top of the ladder in her sport.