Following in the footsteps of Shehneela Ahmed, lawyer Bilkis Mahmood has made history by becoming the World’s and Britain’s, second Asian female football agent for the English FA.

"I want to prove to Minority Ethnic females that if you put your mind to it, you can achieve anything.”

Bilkis Mahmood has made history by becoming the World’s and Britain’s second Asian female football agent for the English Football Association (FA).

Bilkis, who is one of the UK’s top lawyers, has followed in the footsteps of Shehneela Ahmed – first Asian female football agent registered with the English FA (see our exclusive Gupshup with Shehneela here).

An avid supporter of ethnic representation within sport, Bilkis hopes that her new appointment will generate interest for Asians, and women, in football, and indeed increase the number of Asians going professional.

As Bilkis says: “I have been given the encouragement by Shehneela Ahmed. It’s a challenge for me, I want to prove to the Minority Ethnic groups, particularly females that if you put your mind to it, you can achieve anything.”

British Asian presence within football is still severely lacking. Currently, only eight Asian players appear in top tier football, out of a total of 4,000 players. 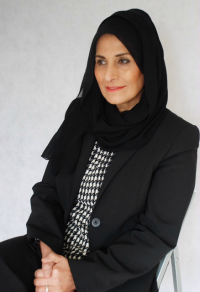 With the FA attempting to encourage more Asians into the sport, it is understandable that many young Asians are turned off by the clear absence of other Asian role models in British football.

Other Asians may stay clear of sports altogether with pressure from parents pushing them into more ‘valued’ career paths, like medicine and law.

For traditional Asian parents, football is regarded more of a hobby than a profession. It will take some time to change these views completely. Bilkis however, is hoping that her newly appointed position will give her a platform to set the wheels in motion for this change:

“It comes down to educating and mentoring the key decision makers, the coaches, the scouts and the people who do not have an extensive knowledge of the Asian community.”

“Once these kinds of things start working together we should start to see a rise in participation,” says Bilkis.

Not only does she want this change for the Asian community, but Bilkis is hoping that young Asian women will be more inclined to take up sports in their free time and perhaps aspire to enter sports professionally in one way or another.

Sport has always been seen as a man’s world and Bilkis is hoping to pave the way for Asian females to feel more at home within this sphere, by breaking down gender barriers. 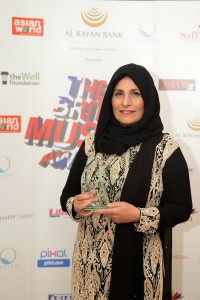 She believes her appointment will encourage females from ethnic minorities to follow in her footsteps and pursue their dreams no matter what stereotypes seem to be holding them back:

“My aims are twofold: one, to engage young Asian people, particularly women to take an active interest in sports generally but more particularly football. Women, often find themselves on the margins of society and are disadvantaged as there are a lack of opportunities.

“Secondly to engage with parents and their children with integrity and compassion in attracting and increasing the number of Asian women and girls to take an active part in the profession, to draw the indigenous community closer to the Asian community and vice versa against the backdrop of lack of opportunity.”

Bilkis Mahmood is a senior partner at Blackstone Law, a firm she helped to set up in 2010. She received the ‘Services to Law’ award at the 2015 British Muslim Awards in recognition of her achievements in setting up positive action schemes in the private sector and the local community:

“As a female Lawyer, and newly registered football agent (Intermediary) I would relentlessly put myself forward with unwavering dedication in making the Asians of today achieve their aspiration and goals.

“It will be a challenge but I feel very strongly that if the right opportunities are available, with encouragement, genuine engagement with the clubs, community groups, schools, and religious centres this gap could be bridged.” 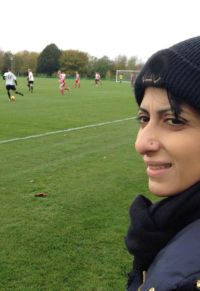 Both Bilkis and Shehneela should be congratulated for their efforts in breaking down the racial barriers of professional sport. While diversity is a key bearing of British society and values, much more needs to be done to see this flourish fully.

The past few years have seen a notable increase in encouraging diversity; Chelsea Football Club have an annual event for 9-12 year olds named Asian Star. Here they offer youngsters the opportunity to win places within their academy.

The FA is also campaigning to bring more Asians into the world of football and is making strides to tackle the lack of British Asian talent. They have set up a series of forums around the country where they have spoken to members of the Asian community trying to discover why there are not more Asians involved in the professional game.

The key, for the FA, Shehneela, and now Bilkis is to nurture new talent that young people of the future can look up to and to aspire to be like. Giving young Asians a role model within the sport will be a huge incentive for getting young kids interested and participating.

Bilkis registered with the FA on April 1, 2015. She will now begin her new appointment as the world’s second Asian female football agent.